The Avett Brothers : I and Love and You 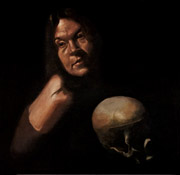 In the indie world, Americana has often been viewed with some suspicion.  There may be an ‘alt’ in front of ‘country’, but that’s still a little too close to Nashville for a lot of hipsters.  Garage-rock might sound just like some music from the fifties, psych-rock might hew oh-so closely to the sounds of the seventies, but heaven forbid you put out something that would find favor in the Red State America of liberal nightmares.  But in reality, straight-up Americana can be as good & enjoyable as anything indie, and The Avett Brothers make a pretty good case for it in their latest, I and Love and You.

Click here for photos of The Avett Brothers at 2012 80/35 Festival in Des Moines, IA in the QRO Concert Photo Gallery

Click here for photos of The Avett Brothers at 2012 Wakarusa Festival in Ozark, AR in the QRO Concert Photo Gallery

Right from the title, scenesters might be put off, but the titular track/opener is just some great, epic, sad Americana, which also employs one of The Brothers Avett’s trademarks, perfectly-timed jumps in vocals between Scott & Seth Avett.  Yes, there are some really mainstream Americana pieces like the following “January Wedding” & “Head Full of Doubt, Road Full of Promise”, or the old-school gospel/godly twang on “Ten Thousand Words”, but you can’t hipster-hate them.  I and Love and You also has more upbeat, catchy tracks than previous Avett releases, not only making it more successful in the mainstream (band just appeared on Late Night with David Letterman, a few days before Letterman revealed his affairs & the attempted extortion scheme on him), but more accessible to those outside of it, like “Kick Drum Heart”, “Slight Figure of Speech”, and “It Goes On and On”.

I and Love and You does go “On and On” a bit, with some filler material in not quite inspired tracks.  But it’s an enjoyable ride that will hopefully find some listeners in the indie-world, as well as in the mainstream.

The Twilight Sad : Forget the Night Ahead