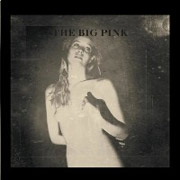 As we venture further and further into the 21st century, the quest to find fresh, unadulterated, undiscovered and of course, non-commercial music is becoming increasingly more difficult.  The fact that the Internet has a global audience, and that just like you, millions of other music-fanatics are trying to happen upon the next big thing does nothing to help this situation.  And, perhaps even more than that, the idea that in the indie world at least, any form of advertising whatsoever is considered selling-out.  Thus, many of today’s most talented artists no longer possess MySpace pages, don’t distribute music through record labels, and seldom perform live.  This is a predicament that makes this ambitious quest to find new music a very tiresome one indeed.  Never mind the deeper, existential problems of trying to function normally as a coherent being in the seemingly ambiguous physical universe we occupy.

So you can imagine that delight was equaled by surprise and incredulity, when The Big Pink’s debut album, A Brief History of Love, arrived.  An album like this usually takes weeks of scouring music publications and the backwaters of the indie scene to find.  Yet here it was, like a message from God, that though scarce, it’s still possible to encounter damn good music amidst the drivel of mainstream radio.

Click here for photos of The Big Pink at 2011 Constellations Festival in Leeds, U.K. in the QRO Concert Photo Gallery

Click here for photos of The Big Pink at Doug Fir Lounge in Portland, OR on March 14th, 2010 in the QRO Concert Photo Gallery

Long before this record was complete, The Big Pink provided a spark of hope to music junkies that were completely fed up with today’s vacuous and mundane pop stratosphere.  Here was an album that, a) was being produced and mixed by Rich Costey (Muse, Rage Against The Machine) and Alan Moulder (My Bloody Valentine, Smashing Pumpkins, Yeah Yeah Yeahs).  And, b) was recorded in its entirety at Electric Lady Sound Studios (a studio that helped create the sound of no less than Jimi Hendrix himself).  Plus, one half of the musical duo’s father is legendary pop producer Denny Cordell, and it is widely known that the creation of great, catchy music is in fact genetic.

That alone should be enough to fulfill the fantasies of indie audiophiles everywhere, but in case you need more persuasion, listening to this album will remove any remaining doubt.  In the first 30 seconds of track number one, The Big Pink successfully channel My Bloody Valentine, Echo & The Bunnymen and even at times, The Dandy Warhols (QRO album review), which is in itself no mean feat.  The band recreates the sound, feeling and neo-psychedelica of 90s shoegaze.

By the cynical few, and the holier-than-thou hipsters, The Big Pink are being scorned for not attempting to explore new musical territory.  But in this age, bands that defy the status quo and push the boundaries of music too far usually experience a short-lived success.  These artists have their brief moment of fame, but are quickly rendered obsolete by listeners who know nothing of loyalty.  So, restoring a musical movement that was both successful and enjoyable seems to be a smart move.  And perhaps for a few of the younger ones who weren’t around, or aware of shoegaze in its heyday, this album will be a life-altering introduction to music that combines melody and beautiful noise in equal measure.

Though there are no terribly weak tracks on A Brief History of Love, and the album plays relatively smooth as a whole, it seems that the record builds up to, and then builds down from, track number three, and perhaps one of the greatest musical achievements of the year, “Dominoes”.

“Dominoes” brings to life everything there is to love about music, and then serves it on a nice and tasty platter.  The track is comprised of: understated yet elegant beats; soaring vocals and slamming drums; ethereal harmonies and playful, yet insanely addictive melodies; and an extraordinarily catchy and caffeinated chorus that will be permanently embedded in your brain for weeks to come.

A Brief History of Love is far more than simply a good record; it’s an achievement and an enduring triumph.  More than anything, it suggests that The Big Pink will be around for a while, and could grow into a musical tour de force and a real alternative heavyweight.  Here’s hoping we’ll see a lot more of these boys in years to come!