<img src="https://www.qromag.com/wp-content/uploads/2012/04/themarsvoltanoctourniquet.jpg" alt="The Mars Volta : Noctourniquet" /><br /> The Mars Volta have had a good thing going for quite some time. ... 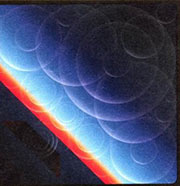 The Mars Volta have had a good thing going for quite some time.  It’s no easy feat to be so polarizing in your music yet have a fan-base the size that they do.  For a while they have been considered the embodiment of the unexpected.  However, there always comes a point when the unexpected becomes expected, and it would seem The Mars Volta have arrived at this place.

With the release of their latest album Noctourniquet they explore a bit of new territory with the introduction of an electronic element.  Other than that, what listeners are presented with is a lot of the same avant-garde progressive sound that The Mars Volta have become famous for.  Yes, it still seems to work, but how much longer they will be able to get away with it and still seem fresh?

Perhaps this is the reason the reunion announcement earlier this year of lead singer Cedric Bixler-Zalava and guitarist Omar Rodriguez-Lopez’ other band At the Drive-In (QRO reunion photos) received so much media attention.  Have we arrived at the point where people are ready for something different?

One thing is certain, The Mars Volta are owed respect for the fact that they have remained true to themselves in sort of a Radiohead (QRO live review) fashion.  The only thing that even came somewhat close to a hit for them was the song "The Widow" from 2005’s Frances the Mute.  However, its choice as that album’s single could just be attributed to the fact that it’s the only song on that album less than twelve minutes long, which brings up another aspect in which Noctourniquet presents itself as more accessible, the fact that its tracks are of a more normal length, the longest being "In Absentia," which is about seven and a half minutes long.

For technical music junkies who are interested in time signatures and keys, Mars Volta albums are a paradise of sorts and Noctourniquet is no exception.  It is chock full of advanced drumbeats on songs like "The Whip Hand" and "Dyslexicon".  In addition, mastermind Omar Rodriguez-Lopez’s signature guitar parts that can’t be boxed in with any rhyme or reason are prominent throughout the album on songs like "The Malkin Jewel" and "Molochwalker".

The newfound electronic elements rear their heads throughout the album, but are especially prominent on "Lapochka", "Vedamalady", and "Noctourniquet".

Hardcore Mars Volta fans will likely find themselves bored for the majority of Noctourniquet, but those who don’t know much about them will either be hooked in by the ethereal soundscapes and technicality or will find it not accessible enough and it will ultimately fall flat.  Wasn’t someone saying something about The Mars Volta being polarizing?  Oh yeah, me, at the beginning of this review.