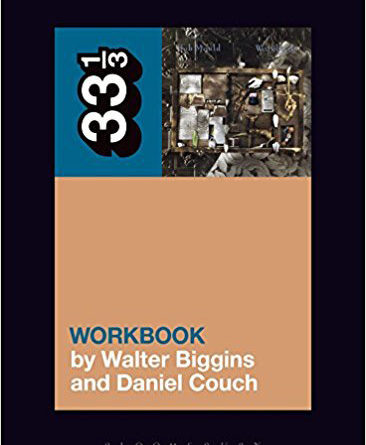 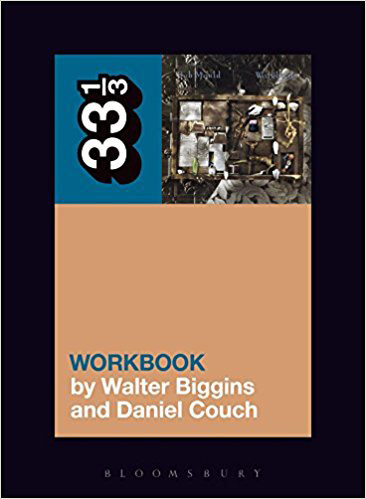 Since 2003, the ’33 1/3’ series of books has had different writers tackle a single album, ranging from Dusty Springfield’s Dusty In Memphis (the first 33 1/3 piece) to Kanye West’s My Beautiful Dark Twisted Fantasy, and everything in between. While each book is about an important record by an important artist, they’re not always the first album that you’d expect – Pavement’s Wowee Zowee, and not more famed earlier releases Slanted and Enchanted or Crooked Rain, Crooked Rain. A different author writes each slim piece (less than two hundred small pages, including footnotes), so every one is quite different, not just in subject material but also style and voice, though they generally mix historical recounting with personal approach. They are all naturally pitched towards a reader who loves that record, who wants to know not just more about its making and the like, but its interpretation and meaning. Music writers Walter Biggins and Daniel Couch take on Bob Mould’s solo debut, 1989’s Workbook.

Workbook was Mould’s first solo release, his first work after the demise of his legendary eighties alt-punk act, Hüsker Dü (QRO spotlight on). At the time it was seen as a big sonic shift, going from the loud punk of Hüsker to acoustic melodies (though melody had been integral to Hüsker Dü’s sound). It got particular attention as alternative music broke out in early nineties, especially when Mould found success with his new trio, Sugar, and songs from Workbook have remained a staple of Mould’s live shows to this day (QRO live review). In 2014 there was a 25th anniversary deluxe edition reissue (QRO review), which was the impetus for Biggins & Couch’s writing about the record.

Those going into this 33 1/3 piece should know beforehand that it is comprised entirely of letters between Biggins and Couch (along with a scene-setting introduction). There is no historical retelling or ‘album biography’ chronologically detailing the making of Workbook, though they did interview the principles involved (including Mould). Instead, the book Biggins & Couch examining the record, what it means, and their own analysis of it, taking into account and updating with the other’s analysis. Though described as being done in this sort of “crosstalk” format in the back notes, it can come as a surprise to one expecting a much more straightforward history of Workbook, or even some history combined with personal analysis.

Being in a literary conversation style, between an editor and a professor that have known each other since childhood, there is a lot of über-analysis – Workbook gets compared to the likes of The Bible, Catcher In the Rye, and Robert Frost’s “The Road Not Taken”, along with musicians such as David Bowie. While that description can sound trite and even stereotypical (everything gets compared to The Bible & Catcher In the Rye…), they are more effective in Biggins & Couch’s words – plus, citing widely known work does mean that the reader is more likely to know it as well.

The analysis bounces around, certainly not sticking to any track order, and often jumping from one song to another, or from a song to a wider perspective to a historical context. This makes it all very stream-of-conscious, albeit a very literate stream-of-conscious. There is also a definite informality, not just between Biggins and Couch, but also with the material and even the makers (for instance, consistently referring to Mould as “Bob”). Notable is that this is a relative easy read, unusual for near-academic analysis (even of familiar & beloved material).

If you want a history of the making of Workbook, in all honesty one should look elsewhere (such as Mould’s autobiography, named after a Workbook song, See a Little Light – QRO review) – but rare are the records that have enough events around them to warrant a whole book (instead you’ll overwritten, or gossip-laden, accounts of the making of some seventies classic rock classic). But for an exchange of literary analysis, this 33 1/3 entry makes for interesting reading.