Washed Out : Within and Without

'Within and Without' is nostalgia for futures passed, the promise of an electronic age now digitized and projected backwards in bits. Yet despite all that, it's the sound of... 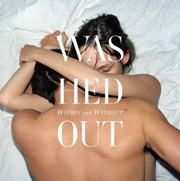 Musical trends have a way of resurfacing years later in mutated, recombined forms, to become something new and interesting, and sometimes if they’re aimed just right, to represent a generation.  And if there were a sound that best fit the style of Generation Y, complete with its own irony, sophistication, deconstruction and retro-futurism, it would be what has come to be called ‘chillwave’.  In a very short amount of time, a very small amount of bands have created what might be a distinguishable form of music, although some would argue that it is merely an invention of bloggers and critics.

Unlike past musical movements, the chillwave artists (notably Washed Out, Neon Indian, Toro y Moi) first found themselves linked together on the internet because of their sonic similarities, instead of grouped around a certain city or region.  The predominant instrument in these mostly solo or duo acts is the Macbook, cleverly disguised as an array of old, slightly cheesy analog synthesizers from the ‘80s, but spiced with digital stretchings and samples, and drenched with a warm haze of reverbed vocals.

Over the last few years, bands like Panda Bear (QRO album review) and Deerhunter (QRO live review) have the paved the way for noisy, droning, ambient rock, and bands like Washed Out have taken it a step further, synthesizing indie-rock with ambient electro and hip-hop.  When combined, the resulting signature chillwave sound is cooler and more detached, more instinctively rhythmic.  It could be considered a micro-genre because there are so few artists performing it, but its existence is undeniable and the proof is in Washed Out’s first LP, Within and Without.

Ernest Greene (QRO interview), the man behind Washed Out, released his first full-length studio album Within and Without through Sub Pop on July 12th, but there’s a chance some of you may not have heard it.  If so, would be advised to rectify that.  Because it’s the sound of lazy, blissed-out summers, days melting into one another under the baking sun.  It’s nostalgia for futures passed, the promise of an electronic age now digitized and projected backwards in bits.  Yet despite all that, it’s the sound of now.

Before Within and Without, Washed Out achieved fame when the single “You Can Feel It All Around” (from the 2010 EP Life of Leisure – QRO review) became the opening theme of hipster IFC sketch show Portlandia (QRO Indie on TV).  It catches the spirit of that slacker city, while never losing its relaxed, nullifying charm – even after 100 replays.  “You Can Feel It” stands above the rest of Life of Leisure like a skyscraper amongst squats – like all the dominant chillwave DNA got used up in that one track (the rest of the album sounding like a 30-year old man murmuring baby talk into a drum machine).  But on Within and Without, Ernest Greene channels his full energy into all nine tracks – an entire 41 minutes of graceful, fuzzy reverie – studio recorded but not overproduced.  It’s certainly a blueprint for albums to follow, and peaking at #26 on the U.S. Billboard it just seems so easy.

Take a fully textured wave of sound layered with a minimal, drowned out beat (even the drum fills sound like they’re underwater), breathe heavily over it, put it on MySpace and a year later you’ve got a bestselling album and are spearheading a new genre.  You’re the new blog darling.  With such effortless development coupled with ardent devotion, it could have easily deflated, but Greene didn’t take himself too seriously, and he stuck to his guns.  Within and Without can stand on its own two feet because he remained committed to minimalism, rhythm and snappy sound sampling, and now chillwave and Washed Out have this neat and complete album to wave as their flag (and maybe their high school diploma).

The album itself is neither a tour de force nor a tour de farce, but rather a tour de fuzz.  And it isn’t just the instruments that are blurred around the edges, but the whole tone of the album, from the ecstatic to the morose, is subdued and reflexive.

“Eyes Be Closed” opens the album with a submerged, hypnotizing beat punctured by echoing synths and Greene’s far-away yet omnipresent voice glowing like a friendly ghost.  “Amor Fati” is brilliantly optimistic:  the title translates to “love of one’s fate” and the song is a perfect expression of that feeling- arms outstretched, embracing the world and the heavens from some elevated vantage point.  With a joyous Magnetic Fields (QRO album review)-ish keyboard in the background, bouncy electro sequences, and a subdued but enduring rattle, Greene earnestly pleads for all to relax and accept their destiny; “The world’s your goal to find,” he sings, and you believe him.

“Echoes”, “Soft”, and “Far Away” are subdued and sort of sad, with the strings on “Far Away” getting more melancholic than you’d expect from all the cheery descriptions of chillwave albums.  These tracks remind one of Underworld (QRO album review) in the ‘90s – ambient with resonant, humming vocal melodies.

“Before” has a cool, post-disco/hip-hop vibe with a catchy sample to demark every eight measures.  It captures the disappointment of moving home but insists that it’s going to be fine.  The song “Within and Without” is a little gloomy, but in a loving way, like a comedown after a massive rave, feeling a little burnt, or perhaps washed out?  “A Dedication” is still downtrodden but with an upward-tilting piano melody dragging the spirit forward out of some failed romance.

Though not as chock full of good vibrations as the chillwave denotation may lead you to expect, “Within and Without” embraces the full range of human emotion while remaining true to Ernest Greene’s ultimately optimistic spirit.  And it does so in such a relaxed, unimposing manner that you can just let your eyelids drop and have the rich, resonant wave guide you on your way.

The People’s Temple : Sons of Stone