Most athirst votaries of Whitney, Chicago’s celebrated psych-country/soul band, know that the group is comprised of foundational members from several other highly esteemed indie dynasties and one man who... 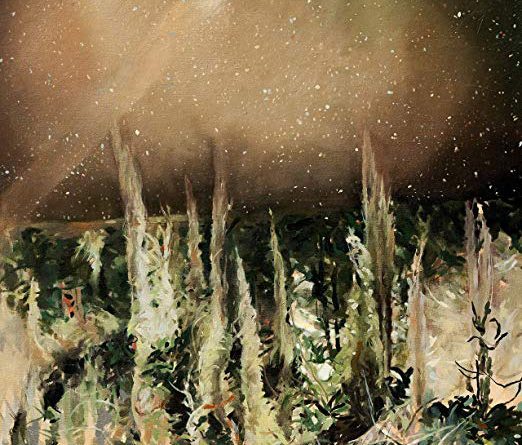 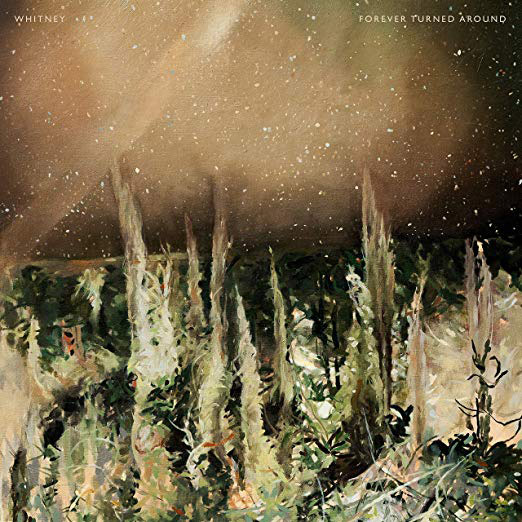 Most athirst votaries of Whitney, Chicago’s celebrated psych-country/soul band, know that the group is comprised of foundational members from several other highly esteemed indie dynasties and one man who never existed. The band’s dainty name famously belongs to an unladylike fictional songwriter of an almost mute lumberjack persuasion, who was invented by Max Kakacek and Julien Ehrlich, formerly of Smith Westerns and Unknown Mortal Orchestra respectively, not too long after the revered Smith Westerns rather contentiously disbanded in late 2014. As the folklore goes, Whitney is also the name of Ehrlich’s first kiss, though he manfully claims this is merely a coincidence. For the record (all puns intended), this writer does not believe in coincidences and finds no evidence that Ehrlich truly does much more than wink at their possibility as you could play ‘spin the bottle’ with every song Whitney has ever recorded, and easily land upon something every inch as throaty and lovelorn as any subliminal memory you hold of your own first love every time. Whitney has intimated in previous interviews that they originated with the wish to make songs that sounded like lost classics, further extending the subconscious kiss/love metaphor, but also coming to full and formalized fruition on their apparitional second album.

Click here for photos of Whitney from 2017 Project Pabst Portland in Portland, OR in the QRO Concert Photo Gallery

Click here for photos of Whitney from Prospect Park Bandshell in Brooklyn, NY on August 11th, 2017 in the QRO Concert Photo Gallery

Click here for photos of Whitney from CMJ 2015 in New York, NY in the QRO Concert Photo Gallery

Forever Turned Around feels like it could have germinated in the apocryphal anterooms of said imaginary songwriter’s most transitory dreams. It is that sense of fictive figment and the make-believe ways that we look back on things that we remember fondly but would not necessarily choose to return to that could be said to etch the entire aesthetic of this band, and certainly of this most contempo concoction.

The tranquilizing montage of subtlety and peachy constraint earmarking this record are cordial signets to the consistently narcotic effect of Whitney lyrics. They never go where you think they are headed. No better example of this inwrought trick exists than in the refrain of the titular track here. “Forever turned around,” taken as a simple phrase, could appear at first glance possibly to be pointed in two quite discrepant directions of interpretation: toward the hopeful sense that something permanent and vanishing was looking back at you for one last glance and perhaps reconsidering, or in the decidedly less inspirited attitude of something you thought was going reliably forward suddenly throwing itself into reverse without rhyme or reason. Once you hear the song, you realize Whitney has double-entendre-duped you yet again, because Ehrlich’s sung interpretation appears to the ear even more woebegone: as that of a heartbreakingly humdrum switching of the tracks that so casually happens without warning when people fall out of love with one another and relationships atomize for no discernible or remarkable reason. “Forever Turned Around” the song may also reveal a running album thesis relative to the cover art’s ode to magic eye puzzles, famous for telling you much about your own psychological bent based on what your eye chooses first to see.

Citing chiaroscuro influences as atypical and deliciously quirky as Abner Jay all the way to Mulatu Astatke (widely considered the godfather of Ethio-jazz), Whitney is a band renowned for being far more into inferences rather than statements, and keen emphasizers of the fine-spun profundity of the implied. Forever Turned Around encircles the solace of impending solitude, or the chill of its shadow, and the staring-at-the-ceiling moments where life’s choreography goes wildly (and thus predictably) off script. This album has the rambling feeling of early Decemberists, and something of that same genus of Aurelian carte blanche that makes the whole record feel like it is taking place in the almost-intimidating liminal space of the first day of summer vacation. Yet, Whitney’s customarily recognizable and salient connection to winter appears lyrically in multiple tracks and through the obdurate use of imagery surrounding loneliness, cold winds, and long-tailed darkness. It is still rainless music for certain, but as built on summer tide and redemptive clarion as Whitney is exalted for always sounding, the combination of the controlled despondence in the subject matter with the minor keys in complementary ascendancy on songs like “Used To Be Lonely” and “Song For Ty” give this album a fated brand of muted radiance that divulges the first album to have contained that same feeling in its infancy. If 2016’s idolized Light Upon The Lake was falling sun drops, Forever Turned Around is tumbling harvest.

With the rampant stories of Light Upon The Lake being written concurrent with both Kakacek and Ehrlich having freshly endured synchronous break-ups of serious romantic relationships, right at the onslaught of a memorably savage winter, directly concomitantly with Smith Westerns’ official implosion, and mutually at a juncture wherein neither of them happened to have a place to live, one can swiftly come to view Whitney as a band built nearly entirely on notions of departure. Forever Turned Around, however in line with that categorical prearrangement, enjoys one homecoming of resounding significance, both to the music and the way it ended up getting made – the return of multi-instrumentalist and treasured bandmate Ziyad Asrar, recently refunded to the tribe after having abdicated for family reasons prior to the first album’s rabid tour schedule. Much of the final artistic cohesions performed on this recording took place in Asrar’s Portland basement and his objective, non-tour-weary eye was said to be invaluable to this album’s creation. You can likewise tell more than ever on this latest transcription that most of what you cannot describe about what makes Whitney so appealing stems from the fact that this is a band of childhood friends, and a gathering of male souls that had all met and grappled with the braided bookmaker of success in their own right prior to coming together to quilt it anew with this band.

A fractal effect of Whitney’s hodgepodge construction takes place on Forever Turned Around and these multifarious other bands and chimerical personas making up Whitney’s original spirit begin to splinter and double, Gremlin-like, into more opulent bands and daydreams-turned-eidolon. Chicago, both the city and the band, show up throughout this record by virtue of Ehrlich and Kakacek’s undisguised writing and Ehrlich’s delivery, which manages to be as hooking as Peter Cetera and as inexpungible as Kingston Mines, simultaneously. By the same token, America, the nation and the grassy ‘70s folk rockers, are also ever-present, for a dearie like “Valleys (My Love)” could surely be the dark fraternal twin of “Sister Golden Hair”, and any of us out here on Uncle Sam’s frontier these days can relate to the lyric, “I feel like I’m holding on to a place in your heart that’s long gone.”

If the album itself were a pop song written in traditional verse-chorus-verse format, “Rhododendron” impersonates a bewitching middle eight built out of straight-up smooth jazz, with a funky, eel-slither of a bottom end and no vocals whatsoever. When you find out that this song was born out of Whitney’s tradition of holding an instrumental night as a formal coda to any recording session, and that this time they spiked that coda’s proverbial punch with mushrooms and left the tape running, you understand so much more about why it grooves the way it does. With a global reputation in the music world for being lyrically chiseled and thematically considered, songs like “Rhododendron” remind you that, whether or not they routinely show up to the party with a sack full of very sad songs indeed, Whitney is also a band of bon vivant boys that love their epicurean fun as much as the next debauchee. How fondly some of us remember their naked Instagramming from the Wisconsin countryside during the writing of the first record, yes? The masculinity inherent to this record is potent, strapping, gallant, and invariably honeyed. These songs are what boys are when girls that love them are not looking, and these sonic thoughts are the very thoughts boyfriends of every stripe have been accused of never thinking since time out of mind.

“Friend of Mine”, with its glowing undertone and sunlit strum-happiness, is a song you sense George Harrison would have openly approved of. A taffy-like guitar lead reminiscent of both “While My Guitar Gently Weeps” and “My Sweet Lord” completes the suggestion, which becomes further lyrically unfurled in “My Life Alone” with the glittering refrain “waiting for the sunrise” hearkening through inversion to Harrison’s “Here Comes The Sun”. As singing drummers go, Ehrlich is some luxuriant blend of Mickey Dolenz and Dave Clark, but with Roger Taylor’s cool factor and Don Henley’s writing mojo. I have heard Ehrlich’s vocals described as ‘whispering’ before. His vocals on Forever Turned Around are less a whisper than a drowsy ebbing of breath. Ebbing as a leitmotif runs right the way through the album. There is a demonstrable drowsiness that feels intentional in this record, and then a richer one underneath that may come in part from the fact that Whitney barely came off the road at all for the two solid years between the release of Light Upon The Lake and the writing sessions for this studied second bequest. Though you could fairly posit that Ehrlich does not modulate or explore his voice much beyond its natural falsetto-corduroy timbre, when the sound he consistently makes so closely resembles how you imagine Neil Young might have sounded if he had been an introvert, he does not need to and you are quietly edified rather than bored by it.

Not many people, much less youngish writers of venerated sorta-supergroups, have the moxie to come forth as both smitten and unvarnished. The stardust of Forever Turned Around resides in its unbraced style and the exceptional fact that Ehrlich and Kakacek can tell you tales of crumbling love and debilitating torpor, and do so without any injection of poison or arbitrary self-importance – a gift only accessible to the intelligent and those brave enough to face the emphatically intangible moments when love shapeshifts from corporeal to allegorical. Whitney’s existentialism is equinoctial on this benefaction, and might have even gained in veridical worth for not being drenched in reverb the second time around. If the Turkish candy halvah was an album, it would be Forever Turned Around – equal parts sugar on your tongue and seed in your teeth. There is definite andrology here for the listener, but also seeming annunciation for the men so audaciously offering themselves up for study. When you remember something respectfully it often becomes an incognizant phoenix, capable of as many artistically useful deaths and redoubtable returns as you can register or record. In essence, this is the essence of Whitney – as a collective unit of guys plying thoughtfully through love’s elusory nectar, and certainly as the musical conduits of their abstract phantom namesake who plays pretend with the realest of real-time human emotions on this lambent sophomore effort.