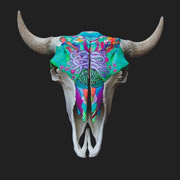 Year of Endless Light, the new album from New York-based ensemble Wilder Maker, bears the indelible thumbprint of Gabriel Birnbaum.  The singer-songwriter, who has previously written and performed under the moniker Boy Without God (QRO photos), has built a reputation for soulful rock that breathes the sort of free & easy atmosphere redolent of woodsy, earth-toned ‘70s vibrations.  He brings the same mojo to Wilder Maker, and surrounds himself with a homey cast of talented musicians to bring the album to life.

The deep baritone vocals of Birnbaum remain the signature on Year of Endless Light.  But Wilder Maker ups the ante by interweaving the vocal texture you’ve come to expect, via Boy Without God, with some nice harmonies with contributions in the upper register from vocalists Elio Deluca, Will Graefe, Peter Moffett, and Katie Von Schleicher.  In “Slow Life” or “Song for the Singer” the harmonies explode with a choir-like fullness.  At times, say a spot or two in “Float Us Through the Barroom”, the harmony wobbles a bit, but the wobbles retain the homey warmth of an odd turn in your favorite bootleg that you wouldn’t have any other way.

Hard to categorize this album.  Easy to see why you shouldn’t bother.  Indie rock, ‘60s pop, jazz, country, Americana, folk, Gospel Swag.  Who knows?  The takeaway impression is not of any particular aural packaging, but rather of an album pieced together with heart and ingenuity.  There’s a little bit of that genre-defying magic of Simon & Garfunkel percolating in the artfully crafted, easily gratifying mix of art-pop.  Birnbaum’s pulled more than a few rabbits out of the hat for this one.  You might not hear a single, but you’ll hear an album with character that would rather be listened to as a whole than cut to pieces.  Wilder Maker wants to go full Monty on your ass: let ‘em.

Ellie Herring – “Sweet On You”