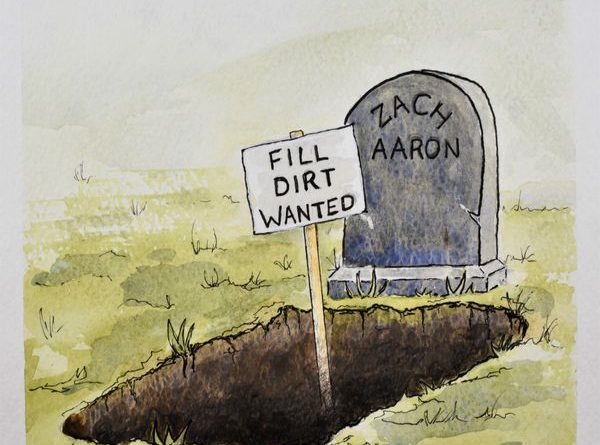 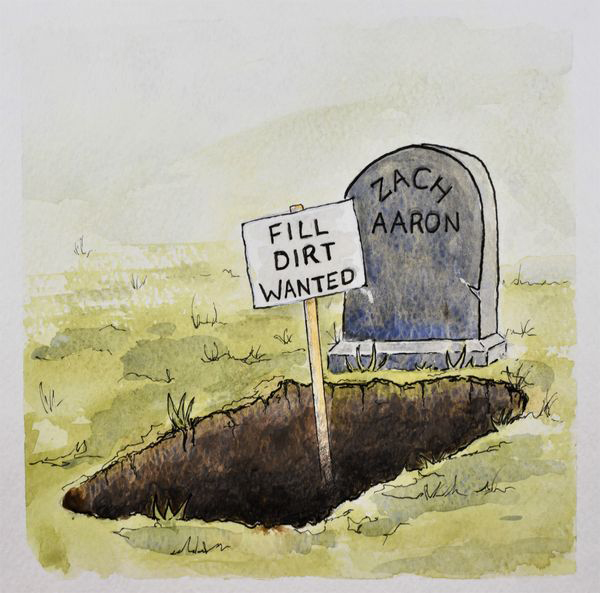 New folk and Southern backwoods release by Zach Aaron, Fill Dirt Wanted is hard to describe. On the one hand songs like “Dying Hobo Blues”, “Southeast Texas Trinity River Bottom Blues”, or the title track give a telling wording to the grittiness and dark folk intentions, and subjects like “Southeast Texas Trinity River”, however familiar, are moving and important these days with religious extremism everywhere. There is a savvy though, on the other hand, to the deep thoughts in all songs, and the simple guitar of the album’s namesake as well as “Shelter of The Storm”, giving a deeper story than just another cynical hardened soul from the South.

Solid most of the way, the satire holds number to number. Sometimes like in melodic “Animal of Burden”, it plays strongly, and sometimes like in mellow sounding “No Road Too Cold”, darkly. Still, a lot of songs are based in Americana themes, just with a more subtle and folky guitar or vocal attitude, often times, almost a spoken word one, with some clever sharpness as in “Hold The Line” or “ Southeast Texas Trinity River Bottom Blues”, and yes the blatant “Dayton Train” is too simple as is “Potato Salad”, or “No Road Too Cold”.  There is contradiction to this drama, but some sensitive side as well seen for the better in the “Fill Dirt Wanted” guitar or the piano of “Dying Hobo Blues”.

Perhaps “Dayton Train” is more than a little sensitive, “C.C.C.” even as a positive is damning of the military, and perhaps closer “Aztec Cafe” is pressing, though mostly in a reaching idea of being “killed”, and all this seems to say the release is just that, reaching desperately. Nothing could be falser, as Fill Dirt Wanted is everything a Southern critique of modernity wants to be without all the bells and whistles, just a rhythmic beat to each instrument of American hardship.