Memory is a funny thing – it can change and morph and even project itself onto events that are currently happening.... 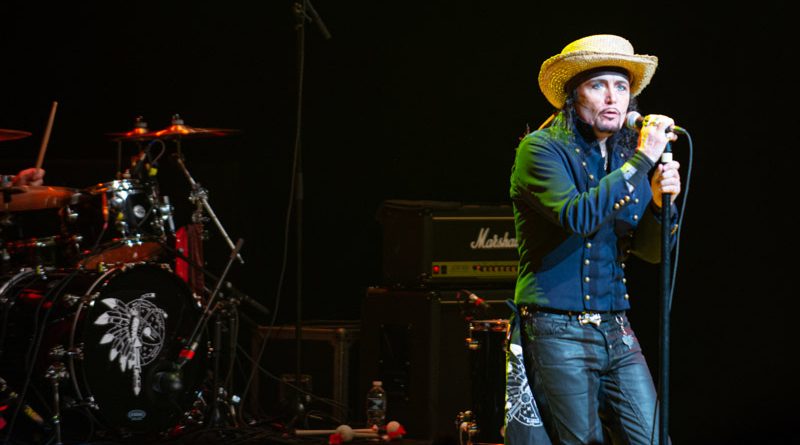 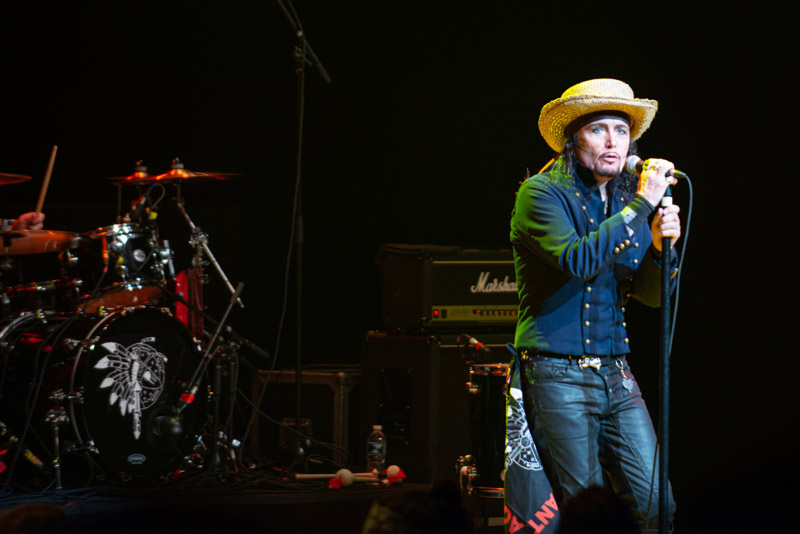 Memory is a funny thing – it can change and morph and even project itself onto events that are currently happening. Adam Ant’s performance on Friday, September 27th, at Atlanta’s Symphony Hall was proof of this phenomenon in action.

The ‘Friend of Foe’ tour presented Ant’s debut solo album of that title in its entirety, (adding quite a few extra hits along the way) to a surprisingly enthusiastic, capacity crowd of about 1700. The crowd was a patchwork of various 1980s high school tropes, now in middle age. There were ‘goths,’ ‘new wavers,’ ‘stoners,’ and even a smattering of ‘preppies,’ all there to relive a bit of their Gen X glory in the company of one of their icons – and they weren’t disappointed. 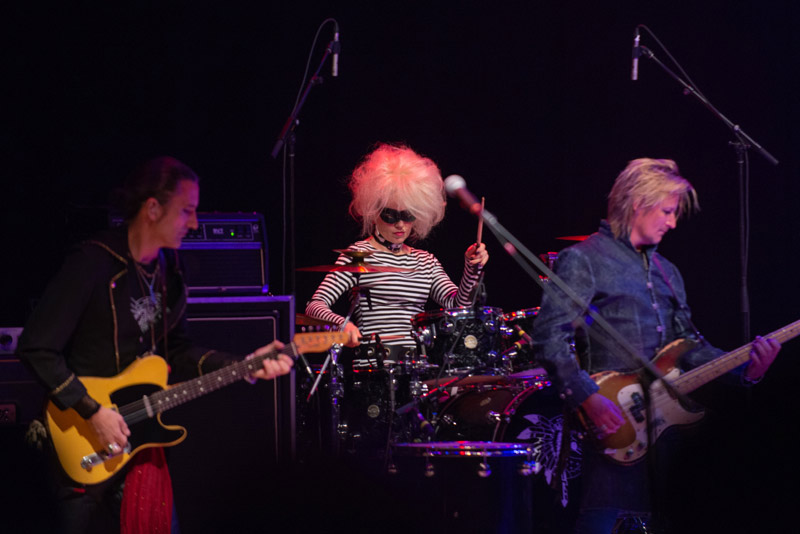 As Ant and his band of three guitarists and two drummers hit the stage, the gallery went wild. The star was resplendent in black leather pants and a blue, military-style jacket, topped off with a large straw hat and several bandannas – a nod to his ‘dandy highwayman’ persona. The other band members sported a mix of leather jackets, skinny jeans and tour t-shirts, with the exception of the blonde, huge-haired female drummer, Jola, who was attired in a white baby-doll dress and boots.

With a minimum of fuss or stage production, Adam Ant began with Friend or Foe, a big hit and the tour’s moniker. Never an impressive voice, he has always relied on his dynamic stage presence and magnetism – and although he still exuded that post-punk ‘cool,’ one may argue that he’s lost a step or two. It mattered little to Ant’s adoring fans, several of whom had dressed in his classic costumes and a few emblazoned with the ultimate sign of adoration, a tattoo of Ant’s emblem.

Without a horn section, it was difficult for the band to match the particular sound that set the album apart when it was released in 1982, but the drummers (aided on percussion at times by other band members) did manage to add some powerful, tribal elements to the music, reminiscent of earlier Adam and The Ants albums, Prince Charming and Kings of the Wild Frontier. 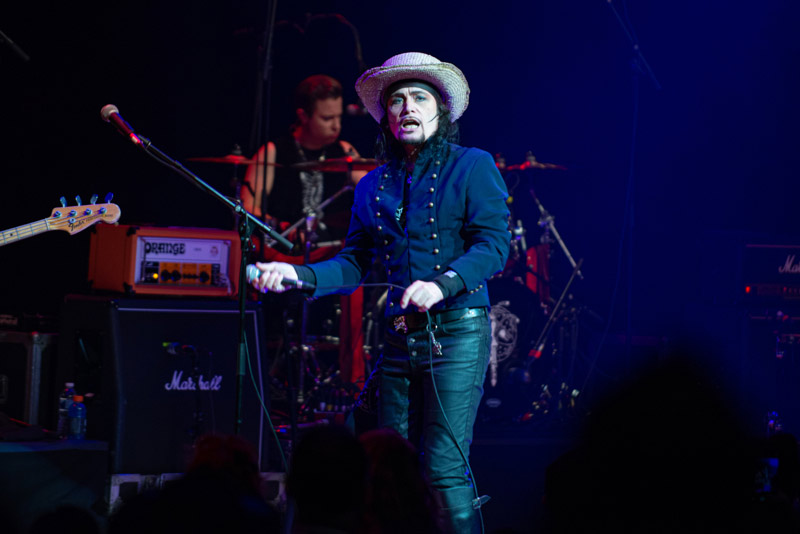 Ant skipped and jumped across the stage as he sang the songs and quipped to the audience between them. He included every number on the album (including instrumental) and put on a lively, two-hour show. The band was in good form, but clearly deferred to Ant for any on-stage antics as they played their way through almost 30 songs, with the crowd on their feet for all of them.

Ant seemed to have maintained his wry wit, but perhaps to have lost a bit of that naughty-boy charm and twinkle. This may be an unfair observation, given the fact that 64 years on the planet can make anyone a bit jaded and road-weary. Still, he remains fit and agile and willing to put on a show that created many more admirers than enemies (for all the fans who get the reference).

Did the nostalgic reflections of his patrons cloud the actual quality of the performance? Does it matter? As he “stood and delivered” an unapologetically fun show, to his devotees he was nothing less than Prince Charming. 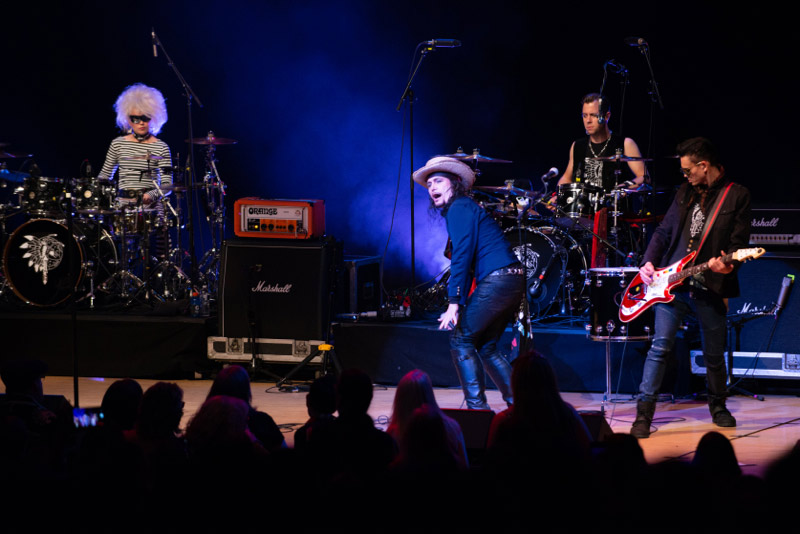 Click here for QRO’s review of Adam Ant at Revolution Hall in Portland, OR on February 2nd, 2017

Click here for QRO’s review of Adam Ant at Roseland Theater in Portland, OR on September 8th, 2013

From Friend or Foe:
1. Friend or Foe
2. Something Girls
3. Place in the Country
4. Desperate But Not Serious
5. Here Come the Grump
6. Hello, I Love You (The Doors cover)
7. Goody-Two-Shoes
8. Crackpot History and the Right to Lie
9. Made of Money
10. Cajun Twisters
11. Try This for Sighs
12. Man Called Marco 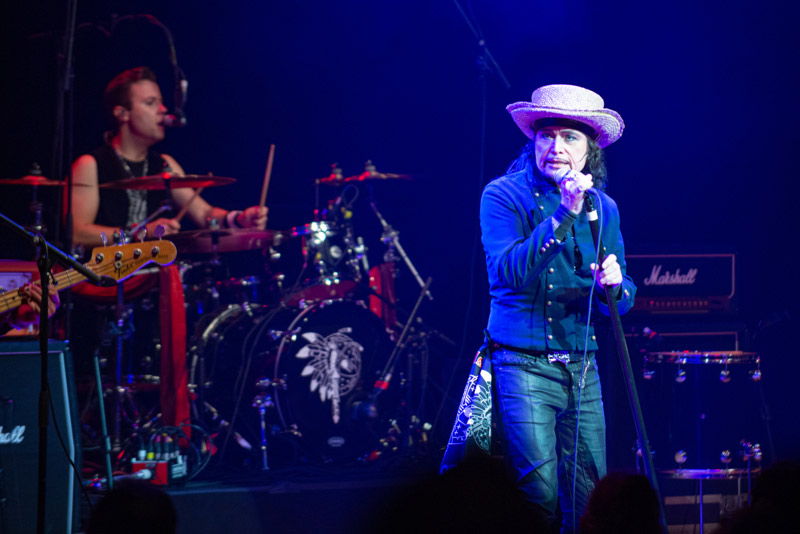