And So I Watch You From Afar & Zechs Marquise 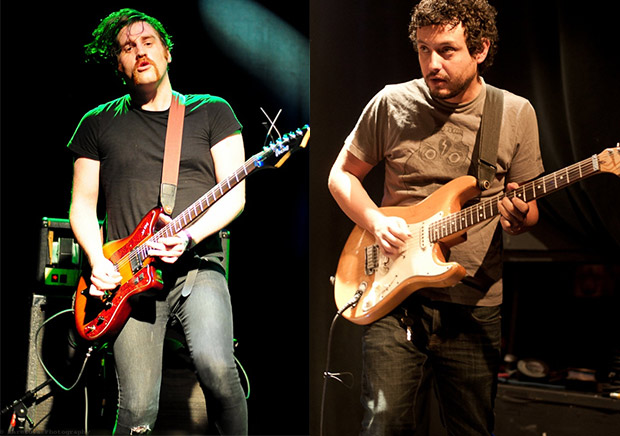 And So I Watch You From Afar and Zechs Marquise both trade in intricate instrumental music that often gets lumped into post-rock by default.  However, one listen demonstrates how different these bands are from each other, as well as the rest of the post-rock world.  Those with the luxury of catching their current summer co-headlining U.S. tour can witness this firsthand.

Given how intricate and layered the music of these bands is, it would be a shame to see this show at a venue with inferior sound.  Luckily, the host on July 17th was Headliners in Louisville, the standard for sound in Kentuckiana.  Opening was Interstates, native Louisvillians who specialize in playing very compelling, tight, typical post-rock. 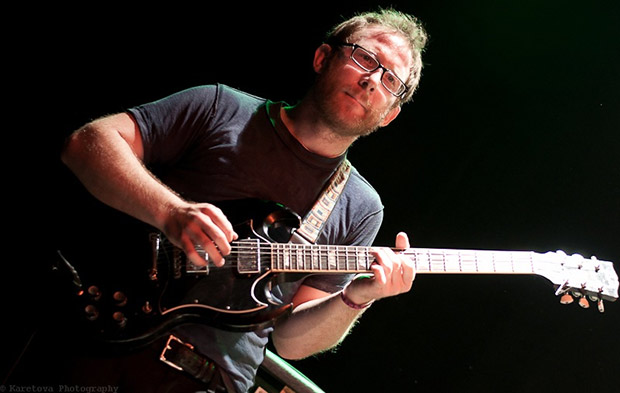 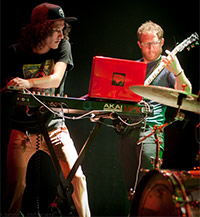 Zechs Marquise was up next, and they immediately let everyone know that things were going to be a little different.  Distinctly more funky than anything else that could be called post-rock, their sound bore at least as much resemblance to Frank Zappa having a circus music phase.  In reality, it is likely that the only reason that they have ever been called post-rock by anyone is due to their instrumental nature.  ‘Prog’ is much more fitting, and not surprising considering that more than half the band are brothers of The Mars Volta’s Omar Rodríguez-López, including drummer Marcel Rodríguez-López, who is himself a member of The Mars Volta (QRO album review).  Despite the music being very complex, their playing was as tight as could be, often coming forth in one deep, layered timbre instead of sounding like the work of multiple instruments. 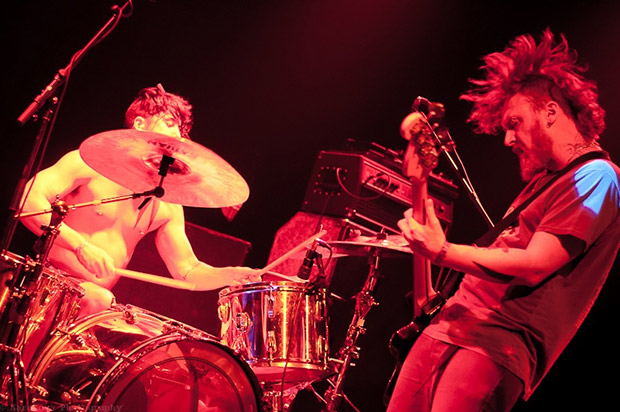 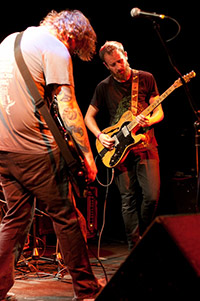 If Zechs Marquise represented the funky fringes of post-rock, And So I Watch You From Afar represented its angsty outer edges.  Despite the angst, their music is as triumphant-sounding as can be without the lyrics to express this directly.  This triumph was given a literal twist when guitarist Rory Friers’ amp blew all of five seconds into their set.  The band continued the song without him and still sounded great, except for an awkward breakdown that should have featured some solo work of his.  After this song, they killed five minutes or so with banter until Friers announced that all was well again.  Most of the first song didn’t even sound like it was missing anything, but it was clear that much more was possible once Friers displayed his frenetic, screeching playing.  And So I Watch You From Afar kept coming, pummeling then soaring.  If Zechs Marquise was the soundtrack to a party, And So I Watch You From Afar was the soundtrack to breaking out of jail after the cops busted it.

Honeydrum : Do U Party? EP