<img src="https://www.qromag.com/wp-content/uploads/2012/04/andrewwkapr12.jpg" alt="Andrew W.K. : Live" />The image of a bloodied Andrew W.K. loomed over the stage for this, the 10th Anniversary tour of his breakthrough album <i>I... 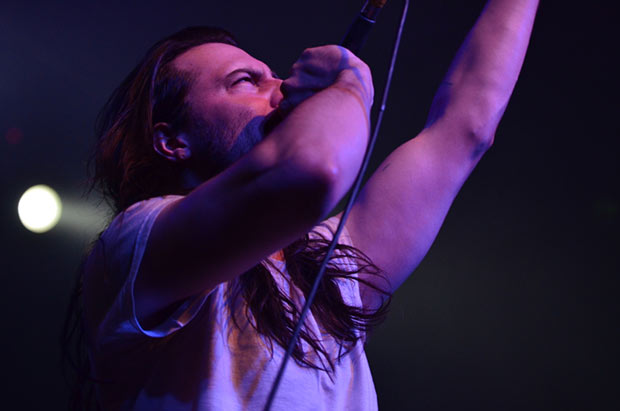 Click here for photos of Andrew W.K. at 2010 Big Ears Festival in Knoxville, TN in the QRO Concert Photo Gallery

The image of a bloodied Andrew W.K. loomed over the stage for this, the 10th Anniversary tour of his breakthrough album I Get Wet.  Like an Ozzy Osbourne for a generation used to rock gods of a more photogenic variety, the oddly clean looking image was the perfect analogy for the night that ensued at London’s Forum on Thursday, April 12th.

Like a ‘rawk’ concert that the kids from a ‘90s tween sitcom might attend, the band on stage included men with long hair and a woman in the black studded leotard, partying hard at all times.  W.K. revealed himself to be a vision of long, clean hair, with a dimpled smile, and an all white outfit.  As he declared the party officially “going,” the familiar, almost nursery-rhyme melodies and chants, efficiently executed by him and his band, received a rapturous reception.  Being “alive,” feeling “blessed” and most importantly “partying hard” were the themes of this night’s songs, and as the intro of the third song so resembled The Clash’s “I Fought the War”, it became evident this was not the place to hear something new or innovative.  The first two thirds were genuinely as enjoyable as he insisted on telling us. 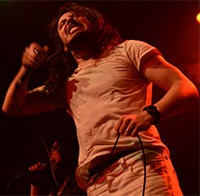 Repetitive lyrics and uninspired melodies didn’t dampen the enthusiasm of the audience for his brand of good, clean fun.  Nor did the first of two odd, seemingly unplanned and definitely unappreciated solos (this one including a guitar rendition of “Come All Ye Faithful”).  The dirtiest things got were when he suggested that the crowd feel free to, “Remove any article of [their] clothing.”  It was almost scandalous that there was no flashing on the stage when it was stormed during “I Get Wet”, the pre-encore finale. 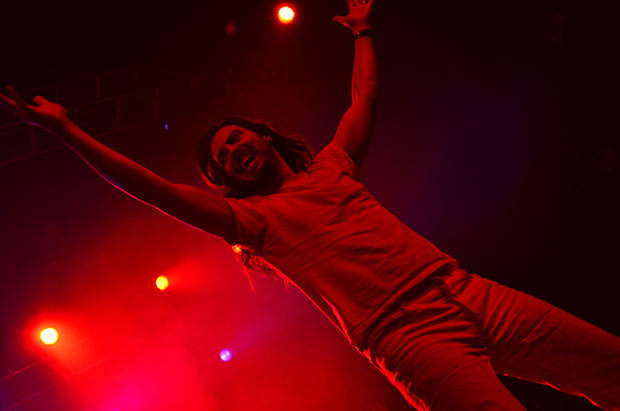 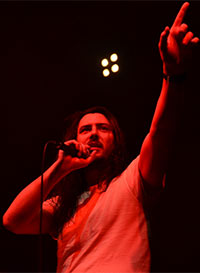 But then things took a steep turn for the worse.  The encore was all over the place, with a further solo (this time piano) of seemingly random and rambling ditties, preceding a selection of less well-known songs.  His unsuccessful attempt to recapture the “f***ing fun” of earlier by instigating a mass double-time head-bang during the final song felt a bit amateurish, and he seemed disappointingly unable to read or lead the crowd.

Some fans on the train home quoted W.K. as having once said that he, “Auditioned for the part of Andrew W.K.”  Part spiritual leader and motivational speaker – he even evoked church during the concert – and part party animal, there was a frustrating lack of sincerity behind the excitement and noise.  This night was really for the fans, and their attachment to I Get Wet, something that, midway through the set, he a bit seemed to forget. 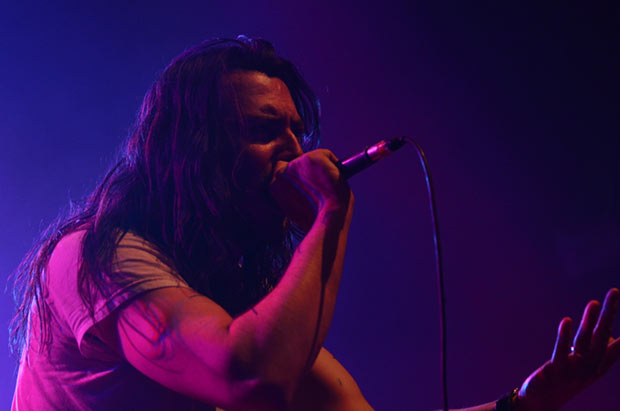