For two nights across two venues in Colorado, Aqueous and Big Something played big shows.... 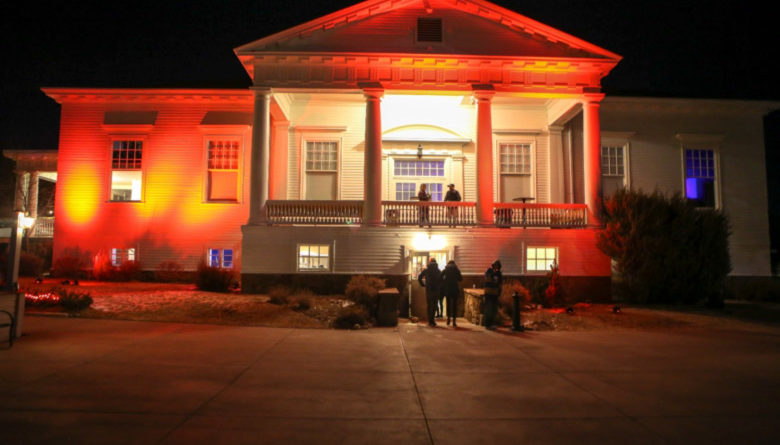 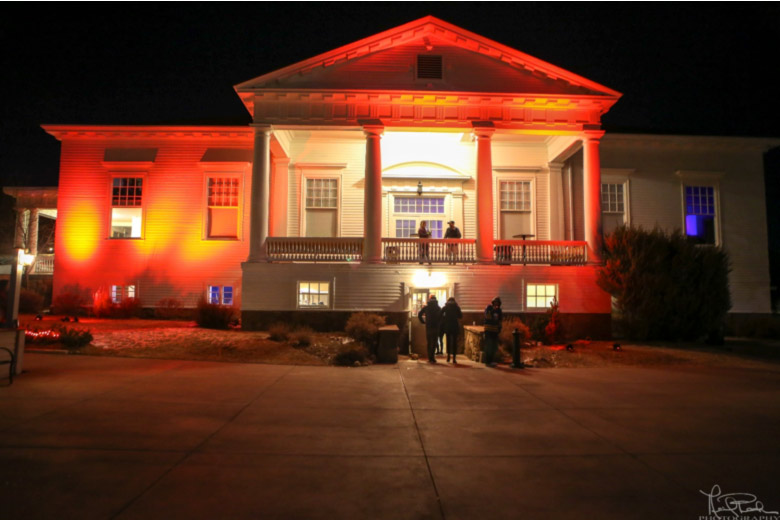 For two nights across two venues in Colorado, Aqueous and Big Something played big shows, at The Stanley Hotel in Ester Park on Saturday, February 16th, and at Cervantes Masterpiece Ballroom in Denver on Sunday, February 17th. 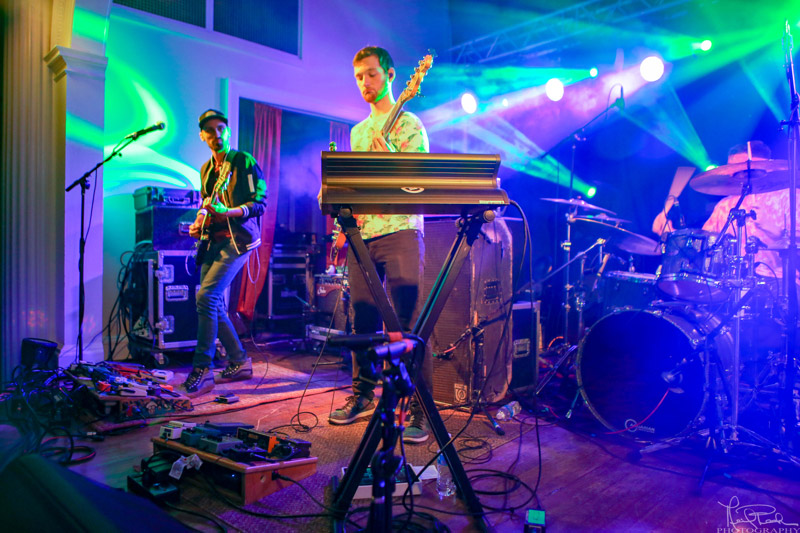 Rolling up to the historic Stanley Hotel, it was a beautiful destination and it could not have been any colder or any more perfect setting for this night’s ‘Dual Tour’ with Aqueous and Big Something. Dropping temperatures and blistering winds still could not keep the crowd from rolling into the Stanley Hotel Ballroom. Once everyone made their way in and had time to thaw out, it was time to get down and start moving. This show pairing is for real, good and only in its first third of the twenty-one stops.

Aqueous opened the night and started up with a slow but groovy “Weight of the World”. As they progressed their way into a crowd-pleasing “Origami”, it moved beyond the stars and into everyone’s favorite song, “The Median”. After the music went between space and the spooky haunted sounds of the Stanley, we found ourselves at a point of rockin and groovin’ to the Aqueous funk driven by the roll and pound groove of Mike Houk’s drums and Evan McPhaden’s smooth bass riffs. The band broke out with “Random Company”/“Clint Eastwood” sandwich that turned into a crowd sing along. (“Clint Eastwood” featured Nick MacDaniel’s from Big Something on vocals). Moving into “Aldehyde”, the sound kept its course and didn’t slow down. With their set coming to an end, the band kept it jamming with “Half In, Half Out” that energized Mike Gantzer on stage and had everyone shaking their bones. A great heartfelt set, and a mood coming from the band that kept everyone in the groove. The ghosts from the Stanley Hotel were in attendance. 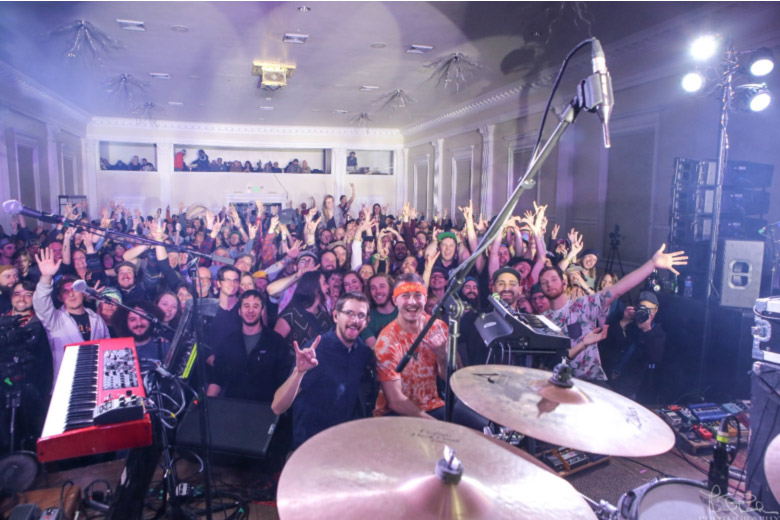 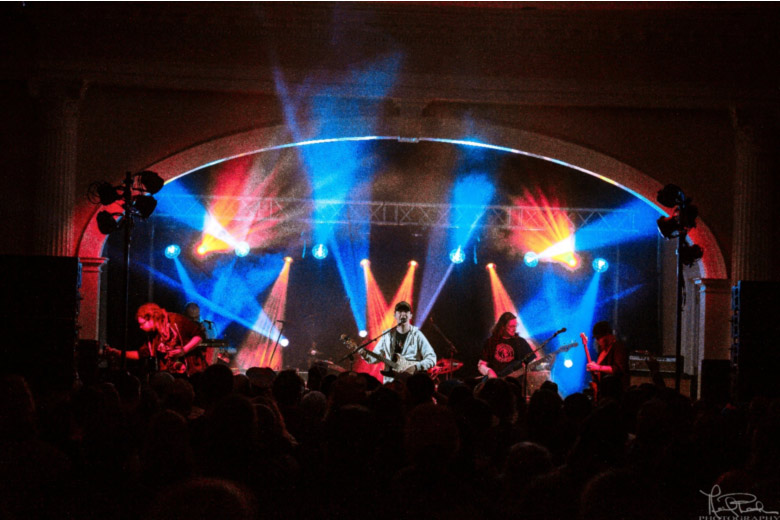 As Big Something came to the stage, the place was a jumping after a searing Aqueous opener. Big Something started the second set of the night at The Stanley Hotel Ballroom with an unexpected “Psycho Killer”, which fit the historic atmosphere of The Stanley Hotel. Moving along with songs like “Song for Us” and “Blue Dream”, Big Something’s sound then started to turn to the spooky and raunchy “Love Generator”, which took everyone into a place of bliss and happiness of the unexpected. No more than a blink of the eye we found ourselves in the middle of “Megaladon”, which progressed its way into a classic Big Something mastery Pink Floyd cover, “Shine on You Crazy Diamond”. After a while of getting down, the fans worked their way through “Waves”. Big Something turned it up and moved on to a spectacular jam that featured Mike Gantzer (from Aqueous on guitar) on stage to kill it through “The Flood”. The always-anticipated favorite was coming; Big Something brought a heartfelt “Amanda Lynn”, with Nick MacDaniels bringing his mandolin again, a true fan favorite sing-along. Ending the night with “Club Step” that rolled into “In Memory of Elizabeth Reed” the classic Allman Brothers jam, which was more than enough to keep everyone on their toes and seal their memories of this amazing dual headlining tour. 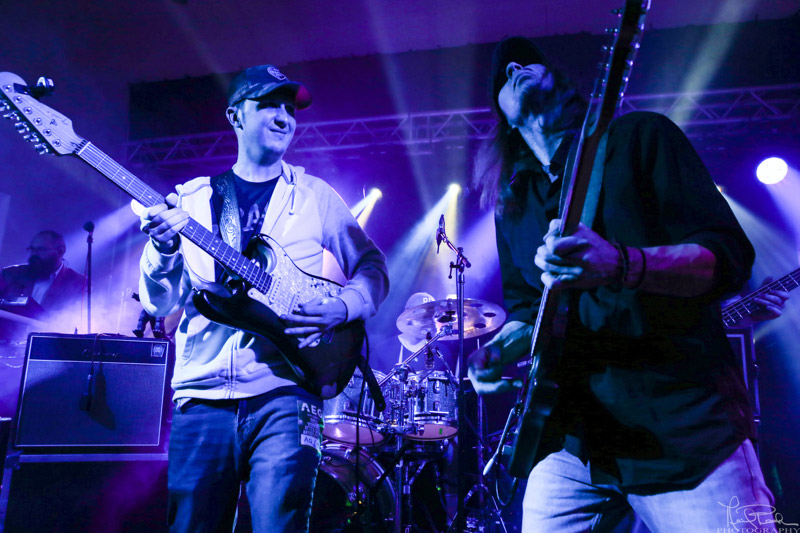 Psycho Killer> In the Middle> The Curse of Julia Brown> Song for Us> Blue Dream>Love Generator> Megalodon> Shine On You Crazy Diamond> Waves> The Flood*, Amanda Lynn

The haunting rumors of the Stanley Hotel can know be set to rest.   All the ghosts are down in the dance hall listening to the echoes of what can be heard from decades to come. 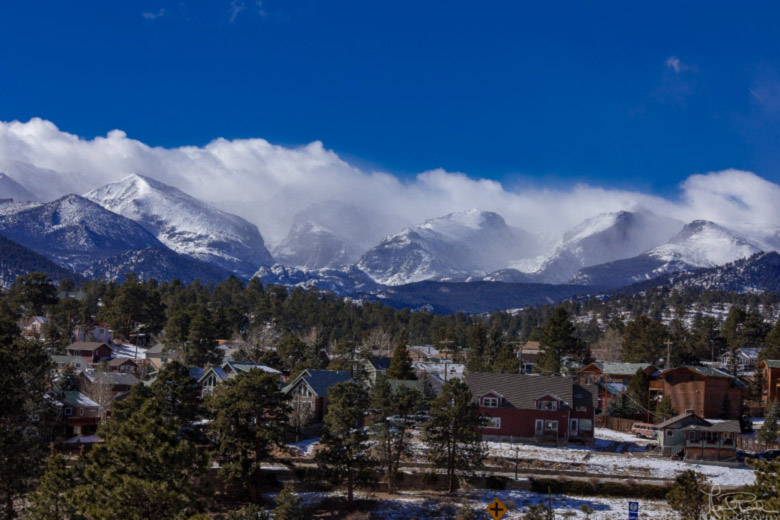 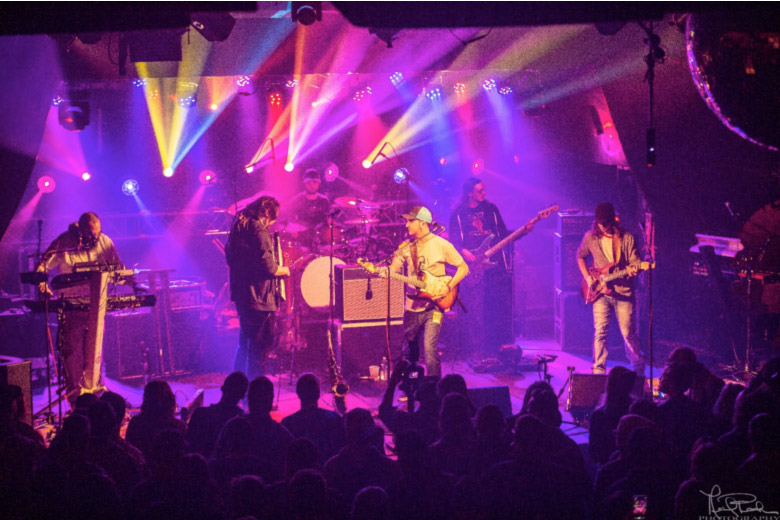 The weekend continued the next night in Denver, Colorado at the classic Cervantes Masterpiece Ballroom. Like every night of this dual tour, the opener and headliners switch it up. This night Big Something began the evening.

The Cervantes Masterpiece Ballroom is a classic venue with a wrapping second level viewing. The rounded stage was prepped with the gear and there was no shortage of second night fans for this amazing night of music.

In true North Carolina based Big Something fashion, they brought it and brought it early. Casey Cranford started the night off with “EWI 4000”, a staple of the Big Something sound (EWI – Electronic Wind Instrument) combined with Ben Vinograd’s steady and venue filling drums. This hard charging start for Big Something was an indication of what’s to come for the night. Next in queue was “Sundown Nomad” off Big Something’s latest release; this is a song that will become an anthem for Big Something. “Passenger>Smoke Signal>Tumbleweed” might have been some new sounds for fans that haven’t seen Big Something many times in their career, but it certainly hooked the groove for the night. The band then pulled out “Truth Serum”, which is the smooth mellow rolling definition of sound for Big Something and a chance for Josh Kagel to shine in synth and trumpet, but this was just the middle of the set and it was about to be FIRE. “Wildfire”, from their latest release The Otherside, did start the fire for the rest of the night, showing the bands diverse sounds and allowing Nick MacDaniels to sing the words in such ways, this song has “IT”. Big Something began to close out the night with the first cover of the night “Frankenstein” by the Edgar Winter Band and closing the night our with “Sweet Leaf” by Black Sabbath in true hard pounding Jesse Hensley and Doug Marshall Rock and Roll style. Big Something never disappoints. 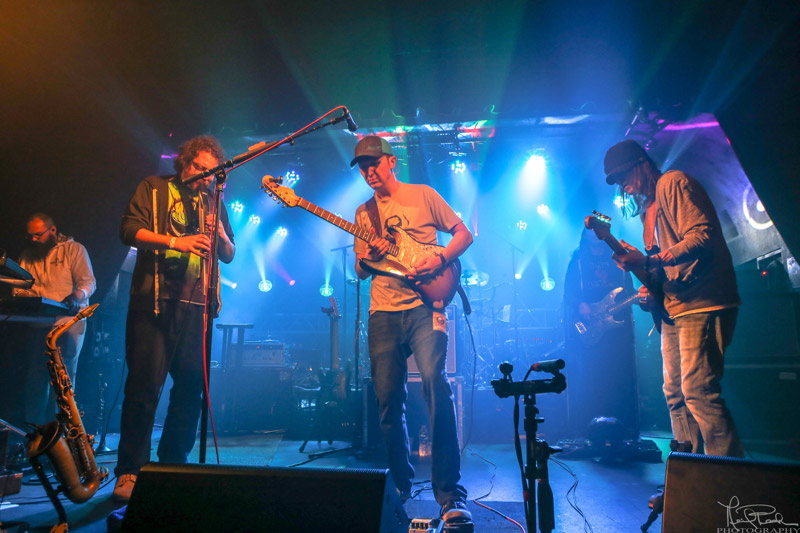 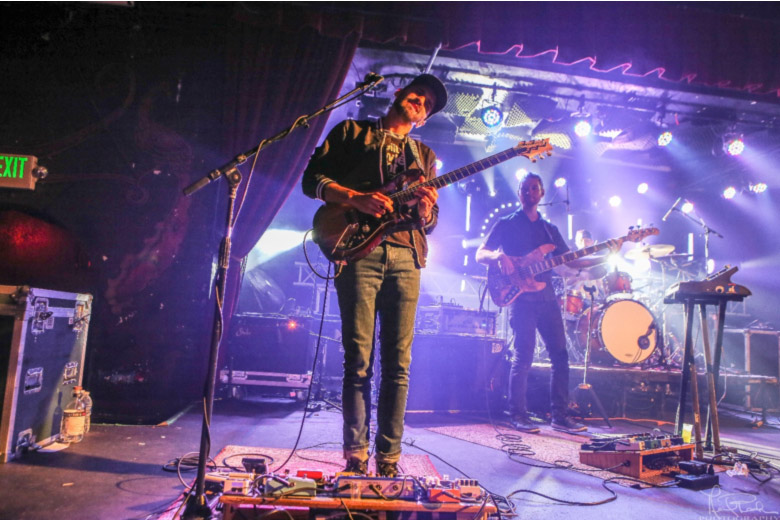 Click here for photos of Aqueous from Brooklyn Steel in Brooklyn, NY on April 6th, 2019 in the QRO Concert Photo Gallery

The crowd was primed at Cervantes Masterpiece Ballroom following Big Something’s opening set. Aqueous began with the thematic “Kitty Chases (Explosions)”. Vocals, guitar, and the drums are a fine start to this ‘Dual Tour’ night. For a first song of the set, Aqueous really drives it hard with the closing guitars and drums. Mike Gantzer and Mike Houk were in the one for this song.

Buffalo’s Aqueous is co-headlining this 21-date tour with North Carolina’s Big Something, this being the fifth of a great five nights of hard pounding jams in Colorado.

“Realize Your Light” showed up on the set list, a great meaningful song that slows it down a bit to talk about the ability to success. Aqueous seemed to sing about themselves, as the band has achieved great success with the one of a kind sound and spirit. “Warren in the Window” wasn’t being played at the dockside or the ocean, but really drove a reggae rock jam like I have never heard… solid keys on this one by the one-of-a-kind Dave Loss, what diversity in music.

Mikey Carrubba of Turkuaz joined Aqueous on stage for “Welcome to Paradise”, and why wouldn’t we welcome Mikey? “Don’t Do It>Mice>Don’t Do It” sandwich just brought the house down with the help of Evan McPhaden on bass groove at Cervantes, this was one of the most excited crowds I have seen at a show in a very long time. No doubt this was a heater in the snowing Denver.

Aqueous closed out the set with a debut cover “Toto” by Toto, but never to leave it as just a cover, Aqueous invited out Big Something members Nick MacDaniels, Casey Cranford, Josh Kagel, Jesse Hensley, and Ben Vinograd. This was quite amazing to watch and hear. Many firsts of firsts on this closing song, a prelude to Aqueous’ encore “Uncle Phil’s Parachute>Short People>Uncle Phil’s Parachute” sandwich.

There is no doubt the ensuing West Coast run following these five nights in Colorado will bring new fans and show a rock, jam, groove, reggae, and funk sound people have never heard but will long hear in the future. 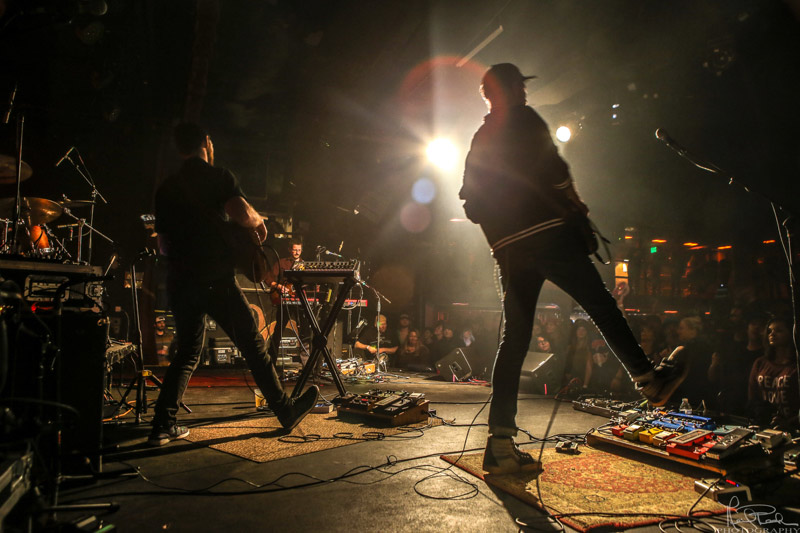 Kitty Chaser (Explosions), Realize Your Light > Warren in the Window, Welcome to Paradise1, Numbers and Facts, Don’t Do It >Mice > Don’t Do It, Rosanna2 3