While Friday attendance was sluggish, Saturday of ACL '19 saw the park fill earlier with the sun breaking through occasionally on the warmer day... 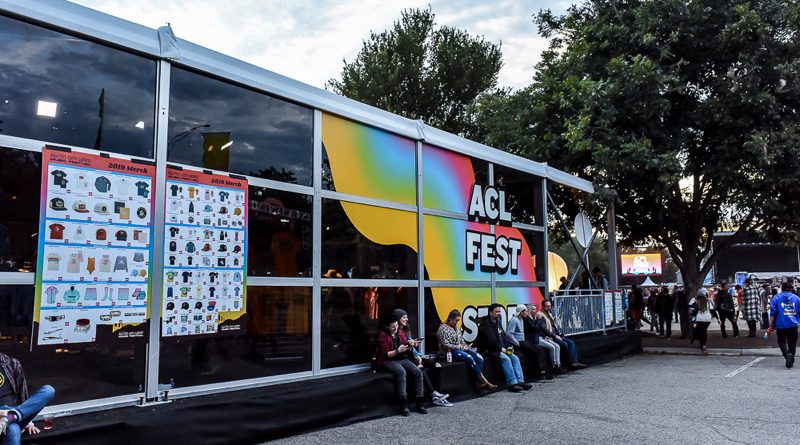 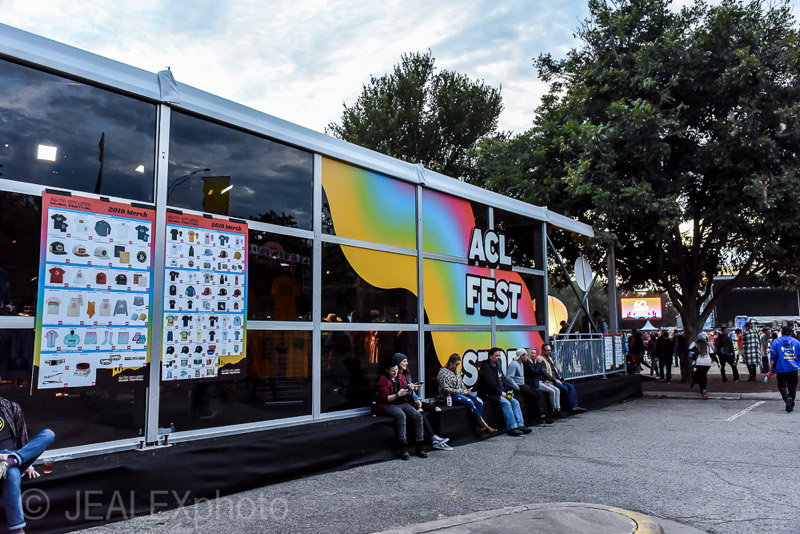 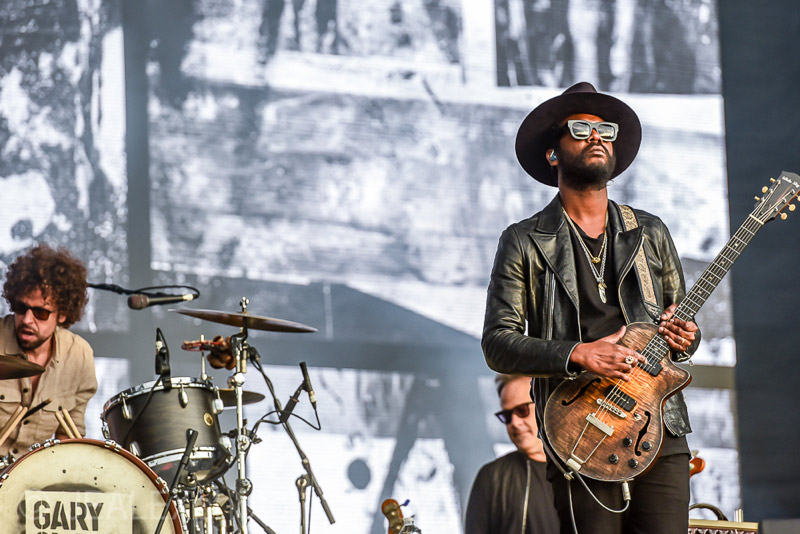 While Friday attendance was sluggish, Saturday saw the park fill earlier with the sun breaking through occasionally on the warmer day. The country shoegaze of crooning queer cowboy Orville Peck livened up the western side of the park at the Honda Stage. Peck’s unusual fringe-lined Lone Ranger mask and heavily embroidered western wear caught many by surprise as they saw his image projected on building sized monitors. Just as he got the crowd stirring, that side of the park went silent as Megan Thee Stallion no-showed for her early afternoon set at the adjacent Miller Light stage. She took to Twitter the next day apologizing about travel issues and saying, “I tried to still perform and they just told me my set was cancelled. I will do a make up show for my atx hotties soon.” 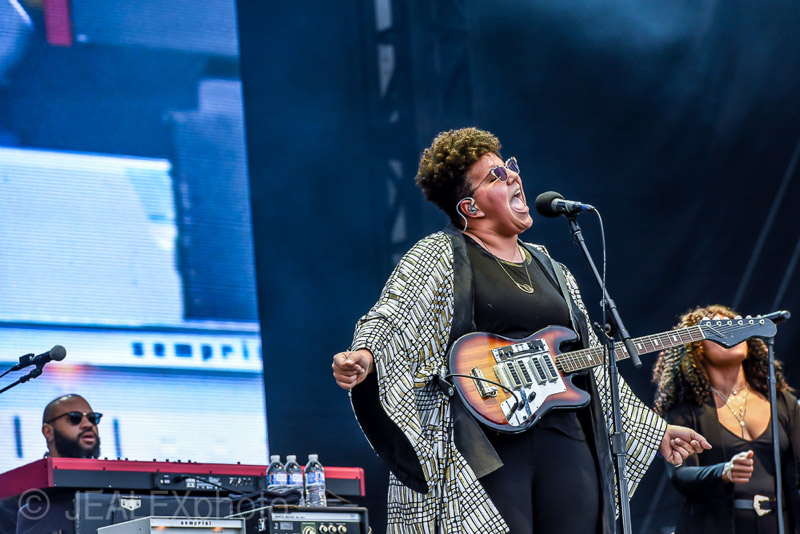 Bringing the church on Saturday, Grammy winner Brittany Howard punched through eight soulful songs at the Honda stage. Howard who lit up the park with Alabama Shakes in 2015 (QRO photos), comes back as a solo artist in support of her 2019 album Jaime. Dressed in a shimmering silver kimono and brilliant horn-rimmed glasses, the commanding artist began her set with three new tracks, high energy funky guitar fueled “History Repeats”, the mellow R&B ballad “He Loves Me”, and the gospel organ-enveloped “Georgia”. Howard kept the festival goers spirits elevated to the end with her cover of Jackie Wilsons’ “(Your Love Keeps Lifting Me) Higher and Higher” followed by the choir backed song “Stay High.” 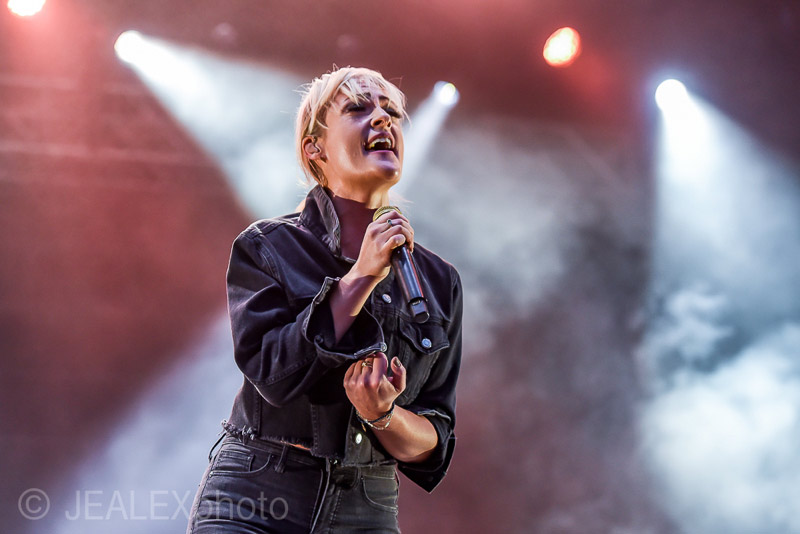 Crowds began to balloon as it got later into the afternoon on Saturday with Brittany Howard’s audience merging into Kali Uchis’ at the west end of the park. Greeted by an intermittent mix of sun and rain, clusters of Billie Eilish fans were easy to spot with their brightly colored hair and baggy shorts and jerseys. The tweens flooded the Honda Stage area well in advance of the 17 year old’s set. Fresh off a recent Saturday Night Live performance and a huge turnout on Weekend One, the orthopedic boot wearing singer basked in the energy that welcomed her on Weekend Two. Her throngs of fans sang along with every moody word, going crazy at “Bury a Friend”, Sadly, the artist left without her diamond ring after an overzealous fan ripped it off her finger as she crowd surfed. After she got on stage, she responded, “Someone stole my fucking ring!” followed by, “I guess it’s my fault, keep that shit.” 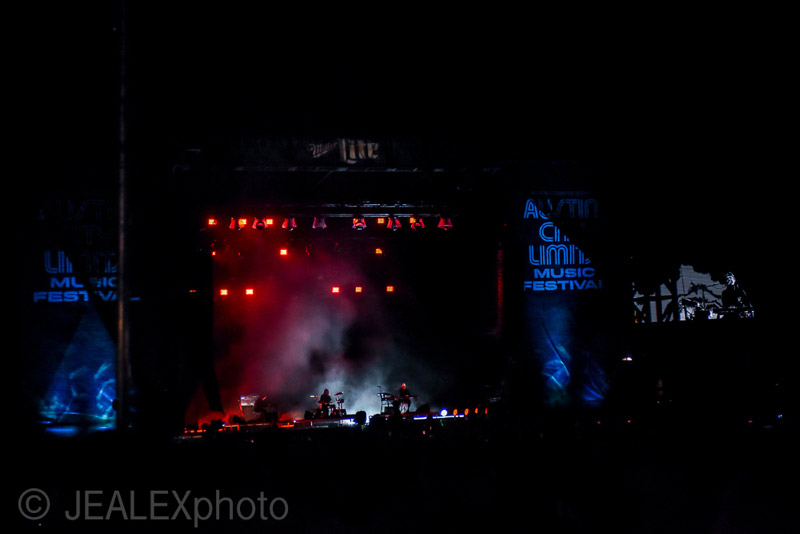 Many acts at ACL 2019 had a moody vibe, but James Blake’s inspiring set featured a dramatic interplay between dark and light that set him apart from the other acts. Seated at his piano, the English singer-songwriter and his backing band built up a menacing atmosphere of minor keys, beats, and sirens permeating the air that recalled the electronic uneasiness of Thom Yorke’s set the night before. Blake’s sounds took us deep into the scary woods before his angelic voice brought light and hope – a performance to remember. 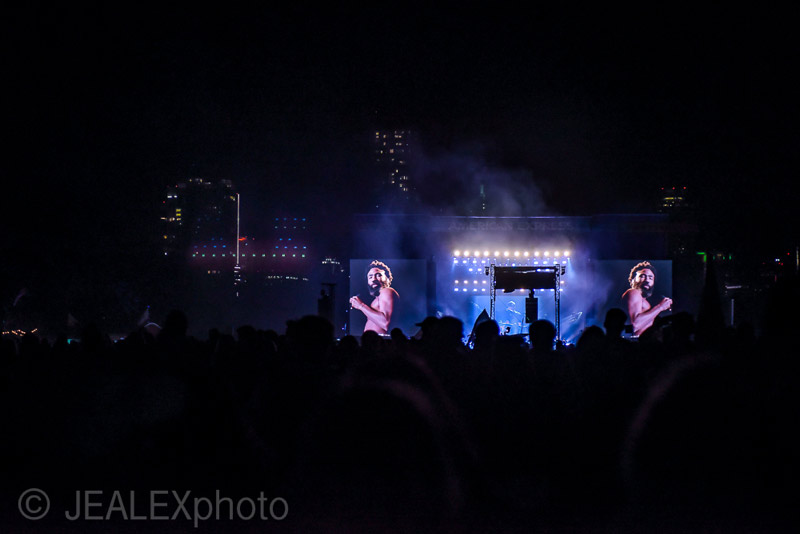 The 36 year old multi-talented actor, comedian, and musician, Donald Glover canceled his 2018 ACL performance as Childish Gambino due to an injury, but he was back with the energy and intensity of a lion on Weekend Two. Sometimes you need pyrotechnics and gargantuan stage elements to create a stage presence as Travis Scott did at ACL 2018 (QRO photos), and sometimes your intense stare and boundless energy is all you need in the case of Childish Gambino. Truly the most energizing performance at this point in the festival, you could see how insanely talented Donald Glover is, especially when he knows the camera is around. His set was loud and playful – taking about 15 minutes in the middle of his set to take selfies with his adoring fans while 60 year old Robert Smith of The Cure bared his soul to his goth followers on the other side of the park. This was definitely the last performance of the year for Childish Gambino and it is questionable whether Glover will fill those shoes again after he moves on to other projects.