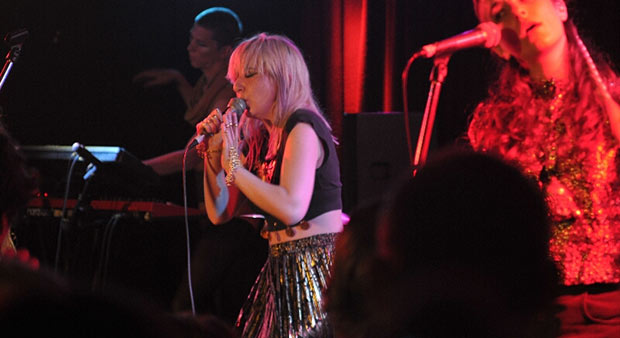 Click here for photos of Austra at SXSW 2013 in Austin, TX in the QRO Concert Photo Gallery

Click here for photos of Austra at 2012 Osheaga Music Festival in Montreal, PQ, Canada in the QRO Concert Photo Gallery

Click here for photos of Austra at 2012 London Calling Festival in Amsterdam, Netherlands in the QRO Concert Photo Gallery

Click here for photos of Austra at Scala in London, U.K. on September 6th, 2011 in the QRO Concert Photo Gallery

Click here for QRO’s review of Austra at Doug Fir Lounge in Portland, OR on July 22nd, 2011

The Northcote Social Club, situated in Melbourne’s northeast (where hipsters are more prevalent than not), is one of the more intimate venues this city has to offer.  For a ‘Dark Wave’ electro group like Canada’s Austra, the interior is ideal: a shadowy red-wine windowless room, low night-sky ceiling, and a stage that is barely raised from the floor.  A modest looking pub from the outside, the Northcote Social Club houses an impressive sound-system and consequently a strong musical calendar all year round.  After the show, lead singer Katie Stelmanis admitted she had concerns upon arrival at the venue, but was instead immensely surprised by the sound quality; a key issue for a textural group like Austra, evidenced by technological glitches at the Melbourne Laneway Festival two days later.  Fortunately, everything fell into place beautifully on the night, producing one of Melbourne’s most stunning shows so far this year.

The live six-piece arrived on stage to a densely packed room of indie kids (hardly anyone in the room was over the age of 25), who, despite their motionlessness, were clearly enthralled by the band, particularly the unbelievably talented Stelmanis.  ‘Flawless’ would modestly describe her vocal performance over the hour-long set of material from their debut album, Feel It Break (QRO review).  Her classical background and training has held her in good stead, maintaining superhuman pitch-accuracy even if she is “losing her voice” on the tour, as she claimed after the show.  The band – Dorian Wolf on Bass, Maya Postepski on drums, Ryan Wonsiak on synth, and twins Romy and Sari 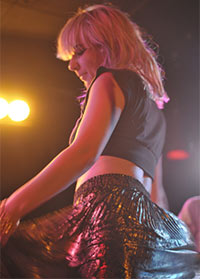 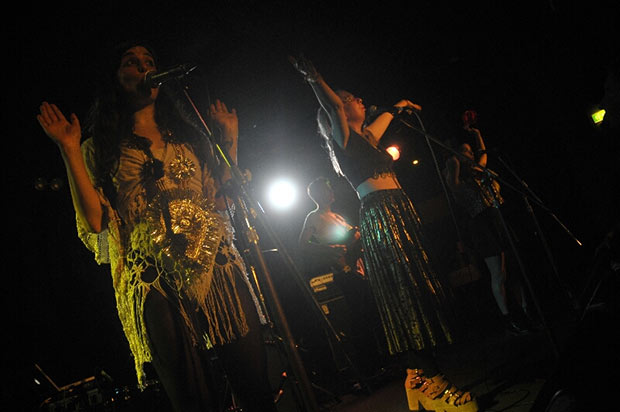 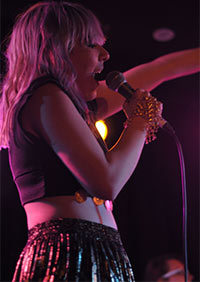 There was hardly a standout song or isolatable moment of brilliance over the course of the night; such was the consistent brilliance of Stelmanis and her eccentric crew.  “Darken Her Horse” was immensely haunting and at once highly danceable; the vocally dexterous “Lose It” went beyond all expectations as Stelmanis executed her vocal acrobatics in the wordless chorus; “Beat and the Pulse” prompted spectacled hipsters to get their groove on, be it in a dreary, awkward-sway-of-a-way.  The poppier end of the Austra-spectrum was equally magnificent, notably the bird-like vocal harmonies featured on “The Villain”, and the pulsing “Hate Crime”.  More epic tunes such as “Spellwork” or “The Beast” had a dreamlike quality to them: difficult to recall in detail, yet vivid in their impression.  That is what Austra invoke: a surreal, intangible world that is somehow moving on a human, emotional level.  It perhaps then is more accurate to qualify that mysterious hour as a sonic massage of sounds, colours, images and sensations, never to be forgotten. 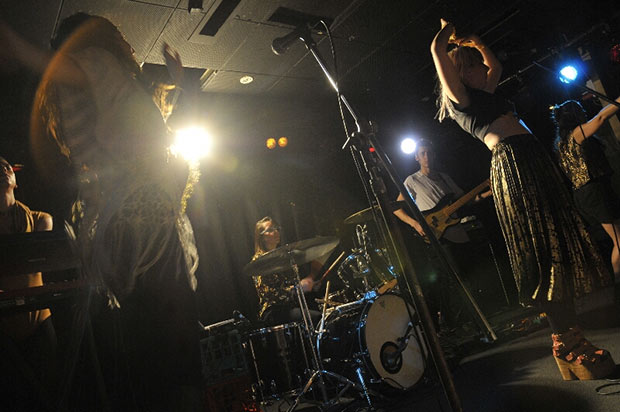