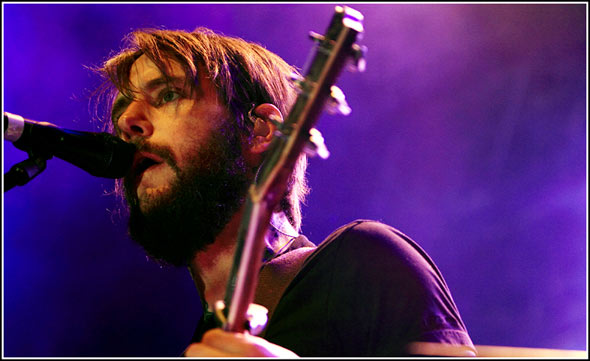 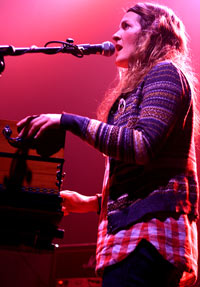 Main support for Band of Horses at O2 Academy on Monday, January 31st in Leeds was Mojave 3, a shoegaze/folk rock band – with a delightful selection of equipment and outfits!  Red lights cast over toward one side of the stage, which lit up a female who stood creating 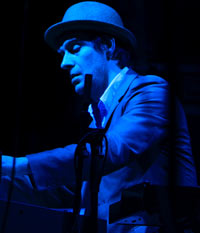 beautiful harmonies and interesting sounds from what looked like it could be an old accordion.

Blue lights cast shadows over to the other of the stage, where you saw a surreal-looking figure wearing a turn-of-the-century bowler hat, with suit to match.  The lead singer was immersed in to the music, his face hidden by a fuzzy mass of facial hair.

Mojave 3 came out of the ashes of Slowdive, and lyrically, they’re very emotive and mellow, with many layers of sounds. 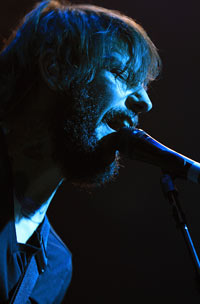 Two members of the Band of Horses arrived and stood in the centre of stage; front man Benjamin Bridwell began to create long droning sounds on his guitar and instantly communicates with the crowd,

Leeds how are you?  For the entire night, thanks for having the both of us!…  Just fucking kidding with you…

The rest of the band then entered the stage. 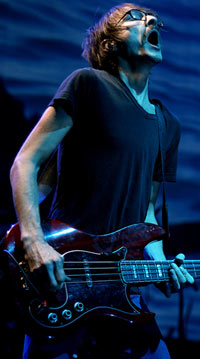 Band of Horses started off the show with a mellow “Ode To the LRC”, which went down very well.  The crowd were subdued; they seemed enchanted as they listen with huge concentration to the beautiful lyrics of Bridwell.  When the drums kicked in for “Wicked Gil”, the crowd became a bit more alive.  During the show the crowd was even blessed with a new track.

Band of Horses are a must-see.  Their melancholic lyrics, mellow sounds and interesting visual backdrop almost send you in to another world.  A great evening.  Beautiful!