No pressure on Big Gigantic for performing the very last New Years Eve of Roseland.... 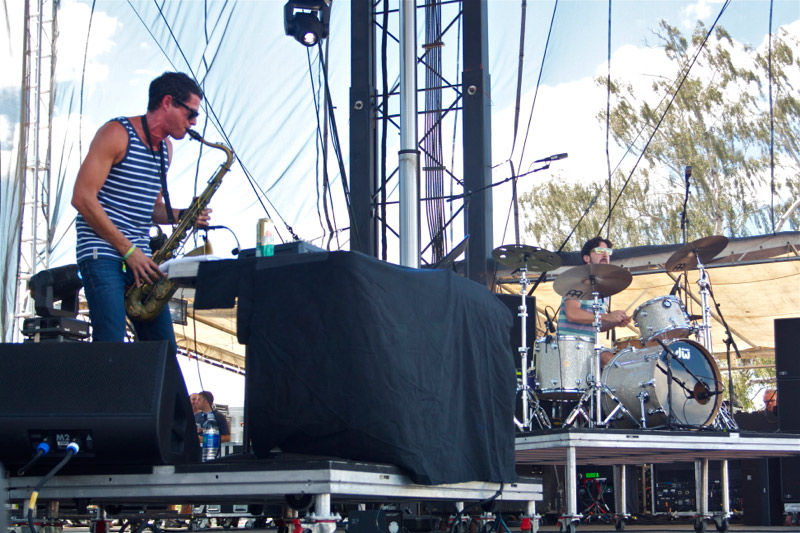 Click here for photos of Big Gigantic at 2018 Emerald Cup in Santa Rosa, CA in the QRO Concert Photo Gallery

Click here for photos of Big Gigantic at 2012 Camp Bisco in Mariaville, NY in the QRO Concert Photo Gallery

Click here for photos of Big Gigantic at 2012 Governors Ball in New York, NY in the QRO Concert Photo Gallery

Click here for photos of Big Gigantic at 2012 Wakarua Festival in Ozark, AR in the QRO Concert Photo Gallery

From three nights of Fugazi to Nicky Minaj’s Pink Friday, the paint-peeled walls of Roseland Ballroom (QRO venue review) is known for being one of the quirkier big-time venues of NYC.  Roseland’s legacy is packed with three decades of incredible live music, peppered with a few newsworthy meltdowns and heroin overdoses.  Unfortunately, if you haven’t heard yet, the venue will be closing its doors this April.

So, you know, no pressure on Big Gigantic for performing the very last New Years Eve of Roseland.

Even before December rolled around, the duo showed that they had more than enough confidence in their live performances – they booked not just one but two nights to conclude the year.  No surprise there: while Big Gigantic may not be the “genre bending” revolution some hype it up to be, they gathered a huge following with their signature blend of funk and dubstep.

This New Years the crowd at Roseland was a little older than your average rave scene.  It also seemed a little sparse at first, particularly for an event so heavily promoted.  But that quickly changed as the last opener stepped on stage.  After Paper Diamond spun a slew of dubstep, most notably an extended remix of SBTRKT’s “Wildfire”, Big Gigantic came on just 15 minutes shy of midnight.

If you’ve ever seen Big Gigantic live, you’d know that the night was not too different from their usual performances, except for the countdown thrown in at the beginning.  But the night was by no means a slow one.  Dominic Lalli and Jeremy Salkin kept up the energy through their usual mix of original tracks from their albums Nocturnal and A Place Behind the Moon, as well as several uplifting remixes (including two Macklemore songs).  At one point, they played their version of “I Need a Dollar” by Aloe Blacc with a shower of fake dollar bills raining from the ceiling.  With the overwhelming amount of DJs playing around that time of year, it was really refreshing to hear distinct acoustic elements from Lali’s saxophone and Salkin’s drums, even through the thick electronic components of their songs.

Though the show ended earlier than most expected (around 1:30), everyone left satisfied with the night.  Overall, Big Gigantic served Roseland well with its final New Years Eve show.

The Stone Roses – Made of Stone DVD