Scenes from a Billy Joel concert... 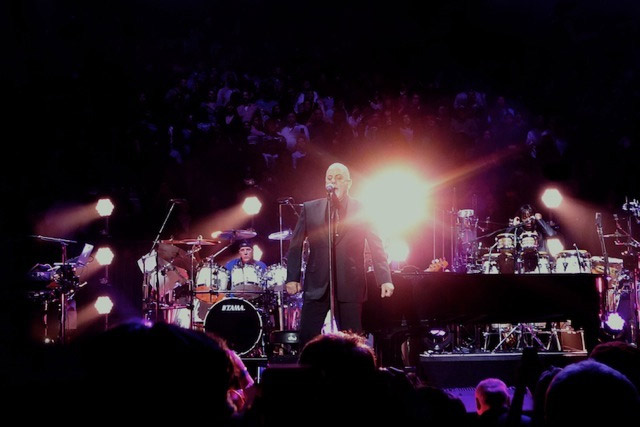 Click here for photos of Billy Joel at AT&T Center in San Antonio, TX on December 9th, 2016 in the QRO Concert Photo Gallery

SCENES FROM A BILLY JOEL CONCERT

Joel is 64 years old; he prefaced playing The Beatles’ “When I’m Sixty-Four” by saying that he never wanted to look like his dad, but that it was inevitable.

Joel started his first band in 1964 and remarked that it is his 50th year in the entertainment industry.

After seeing The Beatles on The Ed Sullivan Show, Joel decided to pursue a career in music.  In an interview he said of the group’s impact, “That one performance changed my life … Up to that moment I’d never considered playing rock as a career.  And when I saw four guys who didn’t look like they’d come out of the Hollywood star mill, who played their own songs and instruments, and especially because you could see this look in John Lennon’s face – and he looked like he was always saying: ‘F— you!’ – I said: ‘I know these guys, I can relate to these guys, I am these guys.’ This is what I’m going to do — play in a rock band’.” 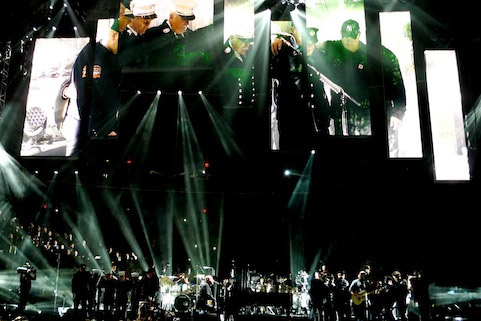 “I was in New York on 9/11, and it had a devastating impact on me,” he said.  “I went into a deep depression and started drinking.  I lost faith in humanity.”  So what restored his faith?  “That girl who was shot by the Taliban [Malala Yousafzai],” he says.  “She is the antidote.  We need people like that.  I get inspired by people like that.”

Heads down, arm in arm, they remained still and quiet until the chorus, singing, in unison:

And we held on to each other

We promised our mothers we’d write

And we would all go down together

We said we’d all go down together

Yes we would all go down together 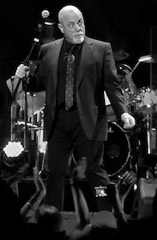 “Saw Ted Nugent use it (throat spray) – it didn’t make him sound any better.  Should’ve sprayed it up his ass.”

“I haven’t done this one in a long time.  I hope I remember it.”

After finishing “She’s Got a Way” (which includes the following verse) he deadpanned, “And then we got divorced”:

She’s got a smile that heals me

I don’t know why it is

But I have to laugh when she reveals me

She’s got a way of talkin’

I don’t know why it is

But it lifts me up when we are walkin’ anywhere

SCENE 5: IT’S THE DETAILS THAT MATTER

It’s a pretty good crowd for a Saturday Friday

And the manager gives me a smile

To forget about life for a while

Even though he has sold over 150 million albums, he stopped writing and releasing pop/rock material after 1993’s River of Dreams (with the exception of the 2007 songs “All My Life” and “Christmas in Fallujah”).

“Just because I can put out albums and the record company would release them and people would buy them, that don’t mean I should,” he said.

“The Entertainer” is a cynical and somewhat satirical look at the fleeting fame of a musician and fickle public tastes and was released on 1974’s “Streetlife Serenade”.

Today I am your champion

I may have won your hearts

But I know the game, you’ll forget my name

I won’t be here in another year

If I don’t stay on the charts

In 2013, Joel received the Kennedy Center Honors, the nation’s highest honor for influencing American culture through the arts.

So much for fleeting fame. 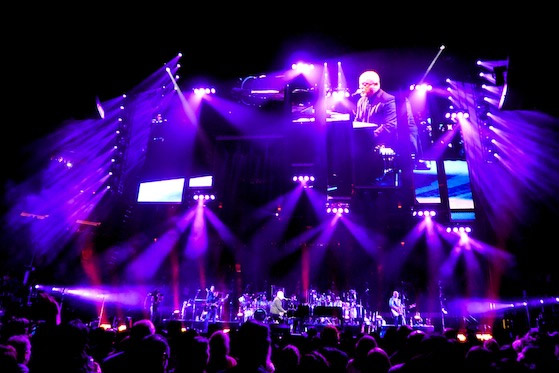