House of Vans brought the ladies for a big night with Blondie, Liz Phair, and SASAMI.... 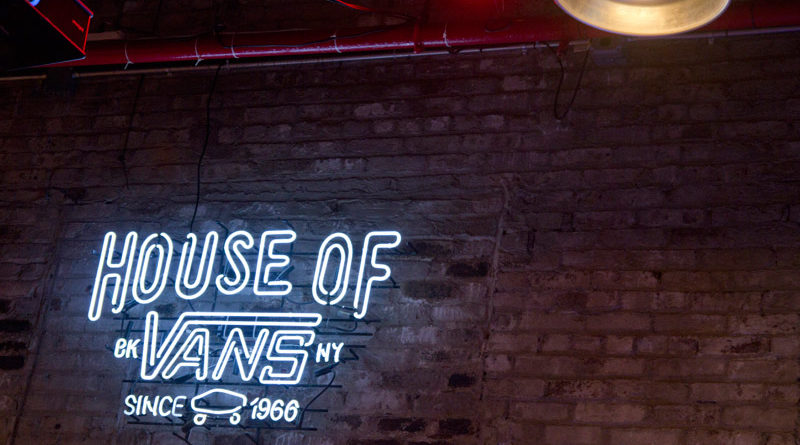 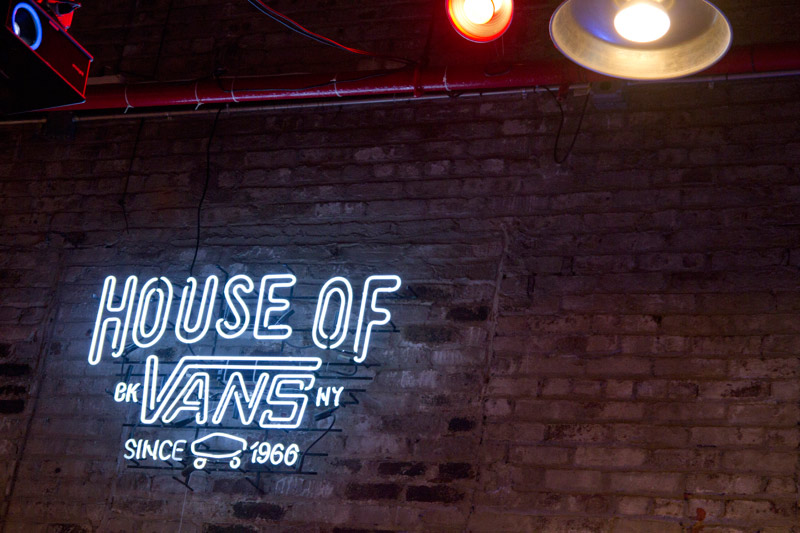 When House of Vans (QRO venue review) announced that this year was going to be its last in Brooklyn, they also announced a killer line-up of acts, from Suicidal Tendencies (QRO live review) to Slowdive (QRO live review) to Interpol. Also notable was that the shows were happening on Fridays & Saturdays, not mid-week like was usual in prior seasons. But there was one TBA on the line-up, set for Tuesday, July 24th. However, last week that show was moved to Friday, July 20th, and (more importantly) the acts were announced: another doozy of a bill, with greats Blondie & Liz Phair, plus opener SASAMI. 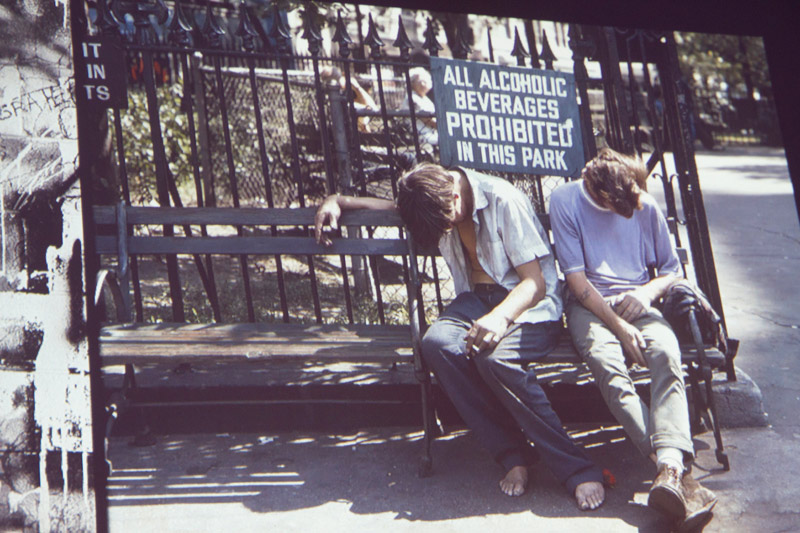 There have been high interest House of Vans shows in the past, but this evening was in particular demand. It was late announced, with the free RSVP going up the same time as the announcement – and maxed out quick. There was already a line formed hours before doors. The place did seem fuller than other shows there, which has a relatively low capacity thanks to the outdoor area (even on beautiful days without a threat of rain, like this one). It wasn’t quite as blisteringly hot as prior days there this summer – and not being on a school night has definitely upped the attendance throughout 2018. 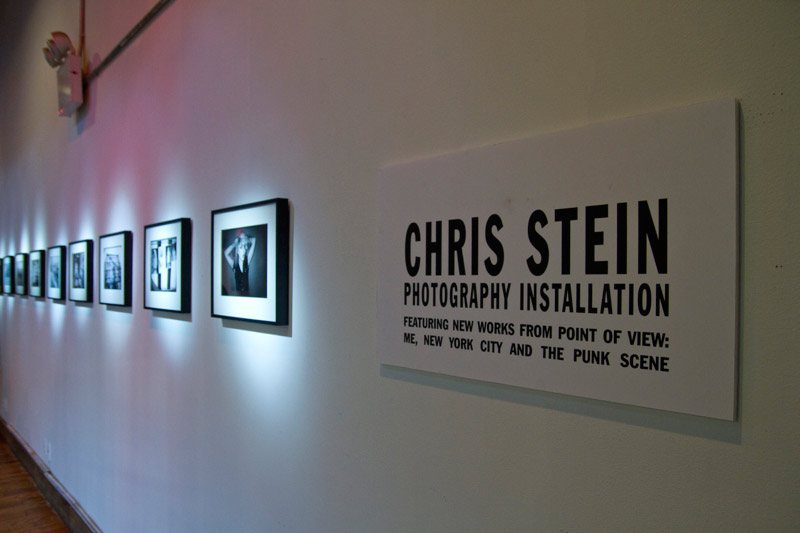 Special mention must also be made of the early photo exhibit in VIP, by Blondie guitarist Chris Stein, for his POINT OF VIEW: Me, New York City and the Punk Scene, his upcoming book of photos. And yes, there were photos of the ever photogenic Debbie Harry from the band’s early eighties heyday, back before everyone had a camera. Also mention must be made of the hors d’oeuvres in VIP from Tia Pol, which were of course long gone before the first act started. 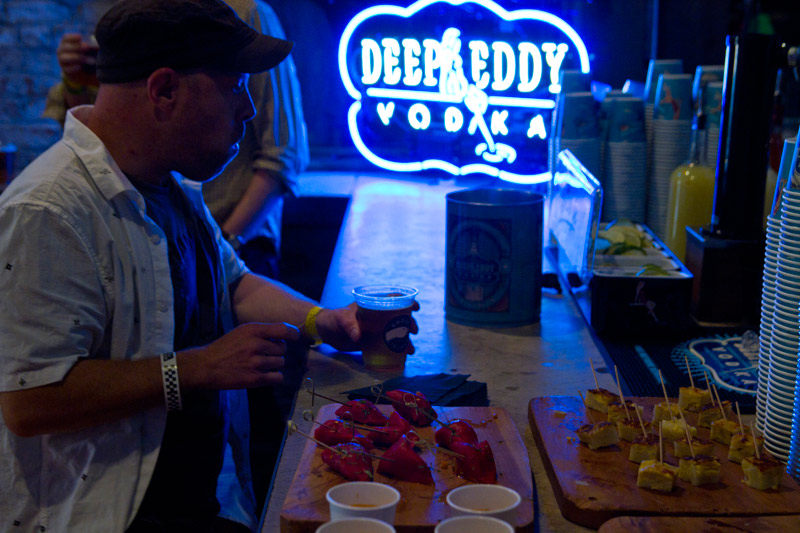 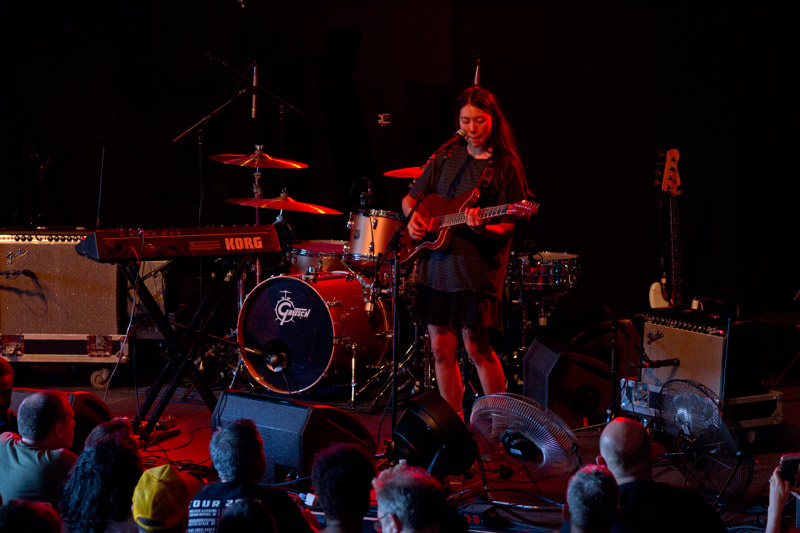 That first act was SASAMI, a.k.a. Sasami Ashworth, the former guitarist of Cherry Glazerr. She had the unenviable job of being the one non-icon on the bill, just her up on the stage, though later joined by her brother. She did sound nice, and got a respectable crowd for her slot. 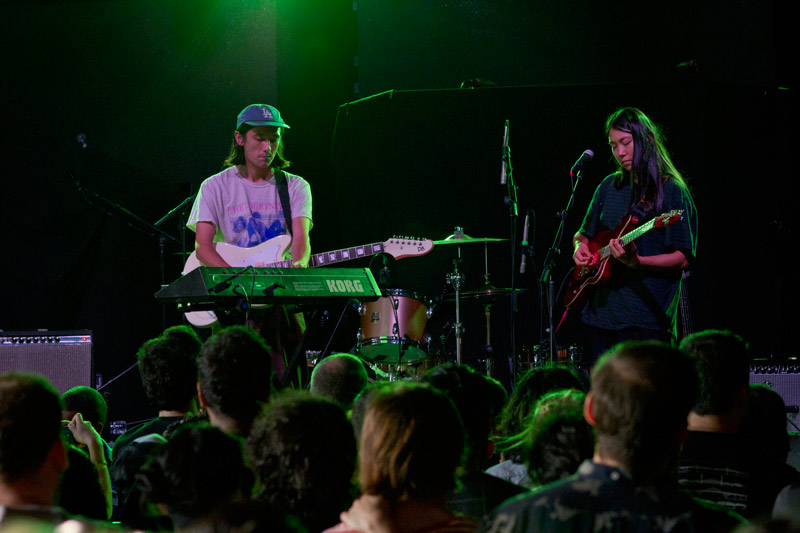 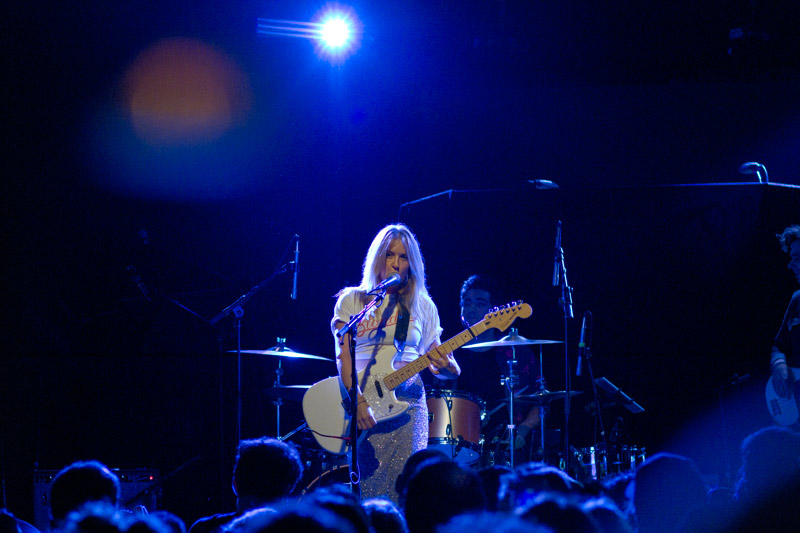 Before the show, Liz Phair asked on Twitter, “Whether or not it’s uncool to wear a Blondie t shirt while opening for Blondie,” and got positive responses from the likes of other alt-ladies as Veruca Salt, Aimee Mann, and Margo Price, so busted hers out for House of Vans. She largely stuck to her hits, with a set list that was almost in chronological order, such as singles “Never Said” and “Stratford-on-Guy” from Exile In Guyville (which just celebrated its twenty-fifth anniversary), then “Supernova”, and then twenty-first century material. 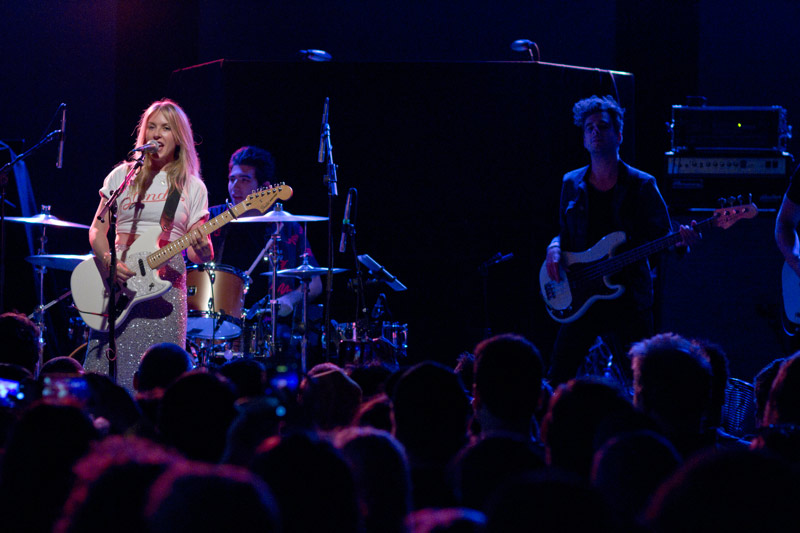 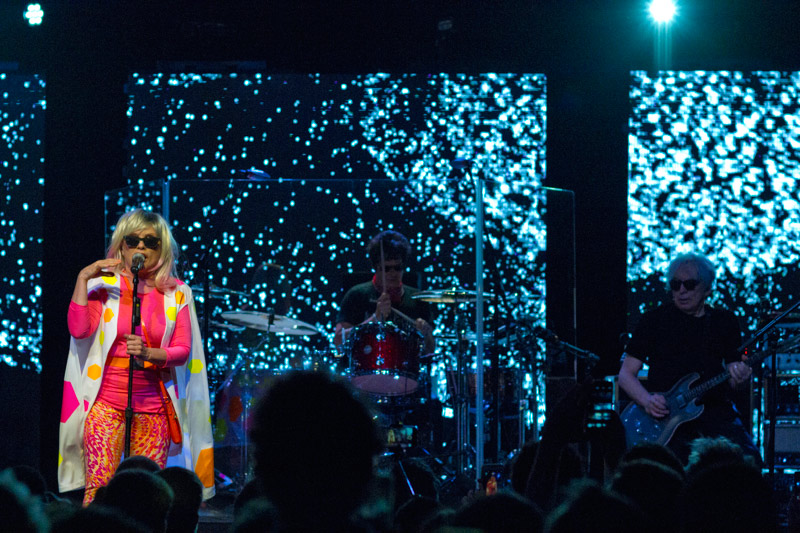 But even Phair knew that the big deal was Blondie playing such a small space, for free, in their hometown of New York City. Maybe the most seminal act from the late seventies/early eighties new wave movement in the Big Apple, Blondie helped redefine the rock star celebrity then, long before selfies and Instagram. Frontwoman Debbie Harry joked before they played The Nerves’ “Hanging on the Telephone”, “No one knows what [telephones] are anymore…” Oh, and that was after opening with their seminal “One Way or Another”, and followed by “Fun” and “Call Me”. They’re the kind of band that can have a keytar and pull it off, because they’re Blondie. They could even fit in a snippet of Beastie Boys’ “(You Gotta) Fight for Your Right (To Party!)”, which does date back to their era & town, and still hold the likes of “Heart of Glass” and James Bond song “From Russia With Love” to nearer the end. 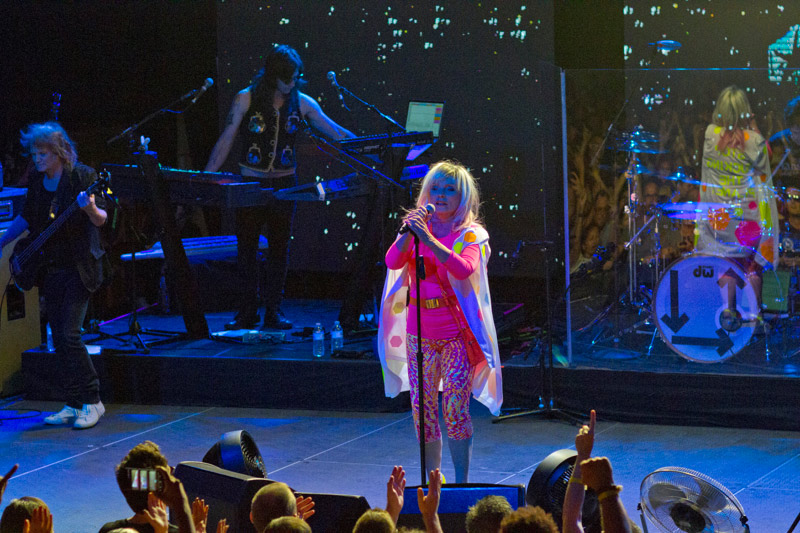 House of Vans still has some more big shows lined up, including more modern New York icons like Interpol and Deerhunter. But in this last special year of the place, this was a special line-up. 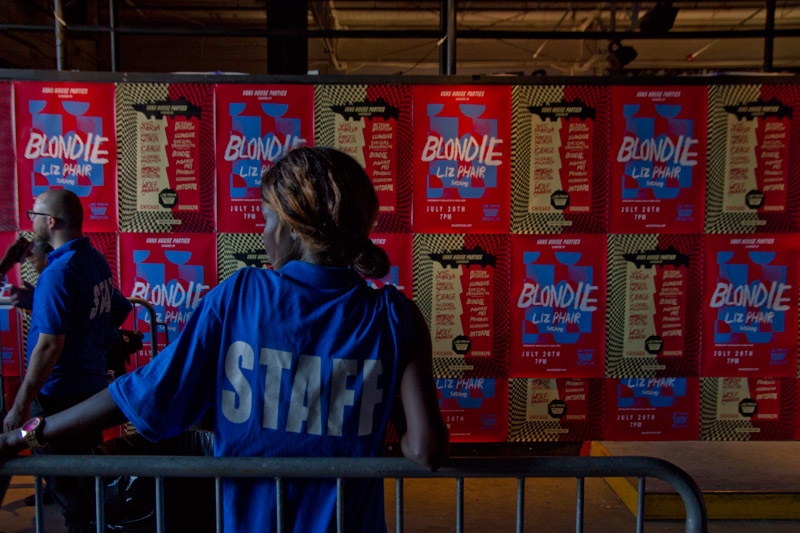