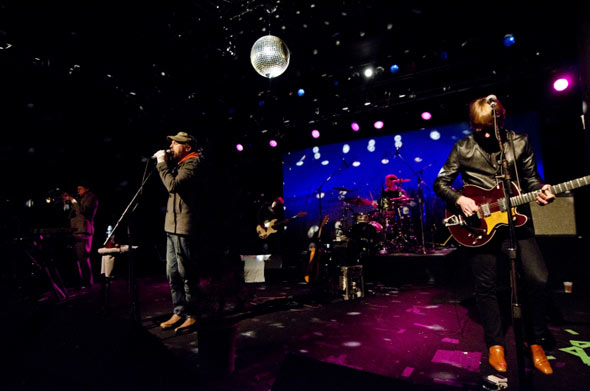 Click here for photos of CAKE at 2015 Maverick Music Festival in San Antonio, TX in the QRO Concert Photo Gallery

Click here for photos of CAKE at 2014 80/35 Festival in Des Moines, IA in the QRO Concert Photo Gallery

Click here for photos of CAKE at 2013 BottleRock Festival in Napa, CA in the QRO Concert Photo Gallery

Click here for photos of CAKE at WFNX’s Seaport Six at Bank of America Pavilion in Boston, MA on June 14th, 2012 in the QRO Concert Photo Gallery

Remember long ago when CAKE was on the radio in heavy rotation with the single “The Distance”?  Remember radio?  In the blurry days of youth one could remember driving around with friends singing along to “Fashion Nugget”.  Maybe you listened to them on repeat that one summer and then years came and went.  Music changed.  You probably went through many phases of life and listening preferences.

While well over a decade has gone by, CAKE has kept going the distance, putting out one catchy single after another.  Recently they have put out their sixth studio album, Showcase of Compassion.  If you are a CAKE fan, good news, they still sound like CAKE.  Even after the seven years since 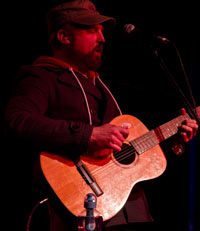 their last album, they are instantly recognizable, but that isn’t a bad thing.  They are staying with what has worked so well.  There is certainly a track that will get stuck in your head.

Sunday, February 13th CAKE played Roseland Theater in Portland, OR, and it may well be one of the last times they play.  According to a recent interview with Rolling Stone, singer John McCrea isn’t a big fan of touring due to his concern for minimizing his carbon footprint, telling the reporter, “I think about breaking up everyday”. 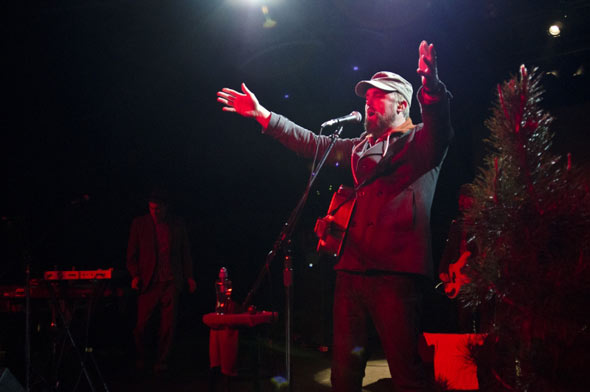 The environmental consciousness continues on even in their live show.  Part of the show was the winning of a tree that was kept on the stage for the entirety of the evening.  Obviously this is a regular occurrence as one dedicated fan held a large homemade sign that read, “TREE ME!”.  The tree was won by guessing the correct species of the tree.  This was not a quick process.  There were many intoxicated people yelling out incorrect species names while McCrea told the crowd he would only call on quiet people who knew the answer and that if anyone yelled they were an idiot.  After some time and frustration, McCrea dropped hints because he didn’t want to play the game anymore.  Finally a large, bearded, hippie-looking man guessed the correct species. 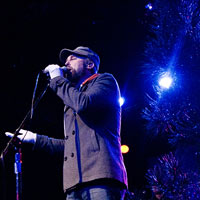 The tree give away game was not the only quirky action of the night.  The night started out with a long intro song before the band took the stage, which reminded of a sporting event.  There was no opening band.  Actually, you might be able to think of it as CAKE being the opener and the headliner, as they played a double set with several intermissions.  McCrea told the crowd early in the evening not to freak out for there would be many opportunities to use the bathroom, eat food, drink, and take illegal drugs. 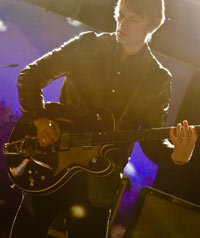 So now you’re wondering, ‘But what did they sound like?’  They played all the singles you already know with newer material scattered throughout out the mix.  During the show one had a hard time placing which song was from which album, as they all do so well together.  Live, they sound much like they do in the studio with little self indulgent extended versions or arena rock outros that so many veteran bands tend to unfortunately succumb to doing.  CAKE has all the live energy while at the same time being finely tuned and on.  True professionals, although they don’t use a set list, which McCrea laughingly mentioned. 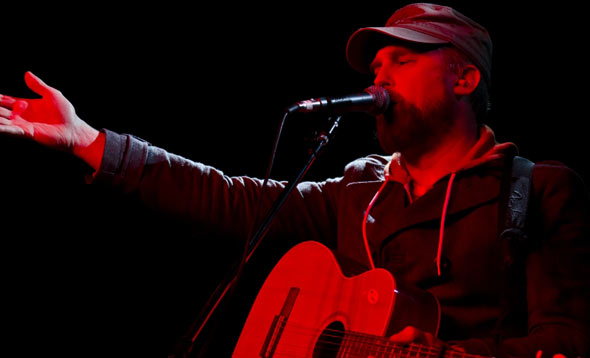 The Get Up Kids : There Are Rules