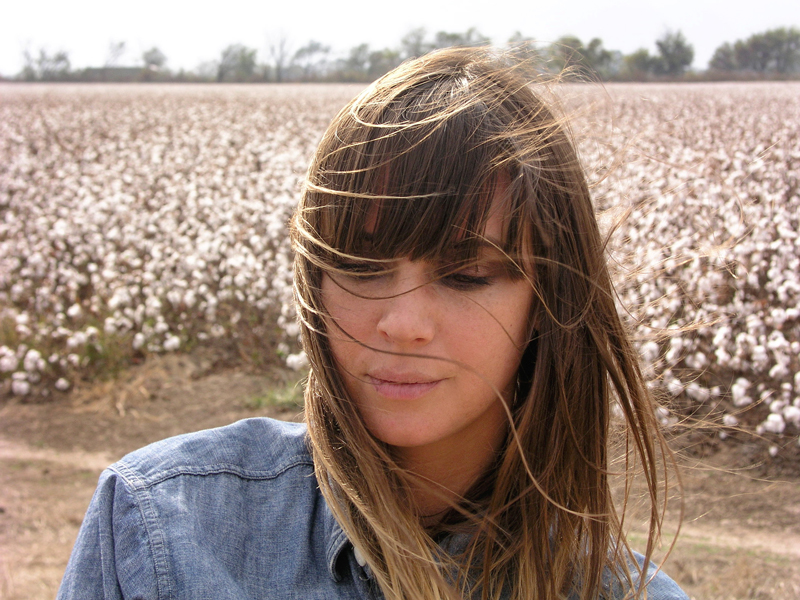 Click here for QRO’s review of Cat Power at Museum of Fine Arts in Boston, MA on September 5th, 2006

In the heart of Tuscany lies one of Italy’s greatest wonders, the tiny treasure of Lucca. Once famous for its medieval walls, wondrous history and a growing tourist destination, Lucca now lies host to Lucca Summer Festival, showcasing some of the most renowned names in music – this year hosting names from Stevie Wonder to the (perhaps more questionable) Backstreet Boys. After an all round stellar line-up, Cat Power, a.k.a. Atlanta’s Chan Marshall, was, on Saturday, July 26th, supporting Ohio exports The National (QRO spotlight on) – and without doubt some of the most appropriate pairings of melancholy madness.

Although on entry, Marshall’s disheveled appearance may have raised doubts from the crowd. Staggering onto stage in a loose fitting red t-shirt and smoking, Marshall’s awkwardness was apparent – however, it wasn’t until the smooth, tender notes of “The Greatest”, which almost instantly won over the few thousand strong crowds. However, even throughout this song, Marshall’s struts did not exude confidence, although who knows why – from the moment she began, her voice spoke for itself, and with a career spanning a lengthy 22 years, ten albums and five EPs, there’s a reason why, even with The National’s Matt Berninger proclaiming his fandom during their set.

A warm reception from the crowd wasn’t enough to shake Marshall’s confidence back into place – nervous, almost shaky, it seemed Marshall, despite the husky, dark notes of “Cherokee” and solid backing band wasn’t enough, with Marshall, through the set, approaching each members of the band. Later on in the set, Marshall took the time to apologize more than profusely, whilst taking each member to one side.

It seems an utter shame to focus on Cat Power’s nervousness, which seemed the general consensus of the crowd too, where if Marshall hadn’t drawn attention to problems (which were not notable, but perfectionism comes in many forms), no one would have notices, but perhaps this is the Cat Power way. It would seem that Marshall’s doubts were perhaps misplaced – intense lyrical conviction, absolute tenderness, thunderous delivery – her vocal performance was near on perfect. Supported additionally by keyboardist, drummer and guitarist – who apparently didn’t seem too happy – they collectively presented a tight, powerful and moving musical accompaniment, fitting most appropriately with Cat Power.

Hints of Patti Smith and other greats were apparent, the later flash of a smiles, and movement reminiscent of bedroom dancing were present during renditions of “Lord Help the Poor and Needy”, a Jessie Mae Hemphill cover, and launching into a number of other well suited covers, “Silver Stallion”, by The Highwaymen and “Angelitos Negros” by Pedro Infante amongst others. Although the songs were not her own, the conviction and emotion was truly apparent, creating a great emotional pull. As Marshall slowly increasingly lost herself into the music, the intensity of the set grew – however, in part, so did her anxiousness, with extended breaks between songs and aggravated chatter between band members.

Although the set was indeed littered with covers, Marshall did produce some of her outstanding solo material – “Metal Heart” and “Good Woman”, all encompassing ballads to make heads turn, but perhaps the most appropriate addition to the setlist given the support slot was “Sea of Love”, from 1998’s Moon Pix, a cover of Phil Phillips.

Closing on the very appropriate “I Don’t Blame You” – Marshall’s favorite song to perform live and apt, given it tells the story of a rock star destroyed by fame, then “Ruin”, lead single off last year’s Sun, all was forgiven on exit, with yet another profuse apology and the very sweet gesture of handing out flowers to her band, noted for their patience, and to the crowd. Despite all Marshall’s issues, it’s the music that speaks for itself, and it certainly did that.