It came at least somewhat full circle when a Stroke, Nick Valensi, brought his own band, CRX, to Mercury Lounge to debut new material.... 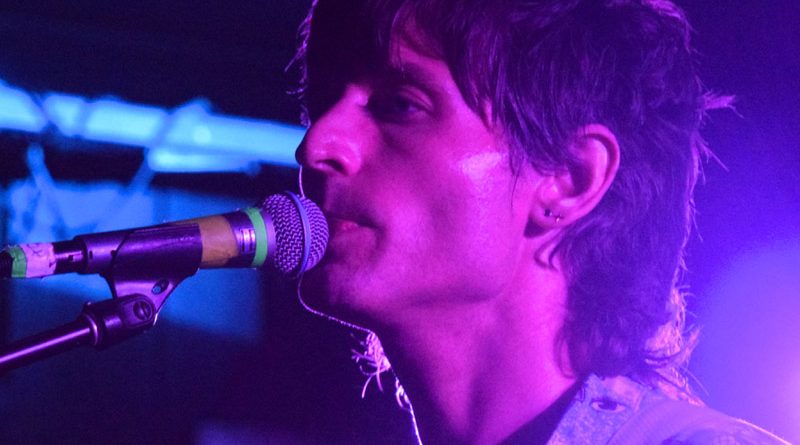 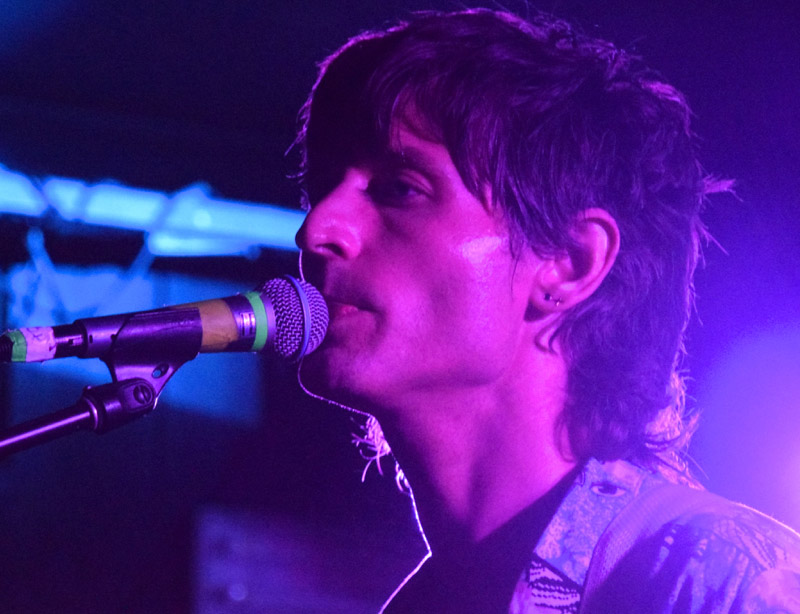 Back at the start of this century/millennium, the Lower East Side’s Mercury Lounge (QRO venue review) was a main center of the ‘rock revival’ that boomed across the country & world in artists like The Strokes (recently documented in Lizzy Goodman’s Meet Me In the Bathroom). Times, people and styles have changed in the ensuing near two decades, with artists going big-time or falling by the wayside, yet Mercury Lounge is still there, and is still the NYC ‘proving ground’ for new acts, in particular indie-rock acts. And it came at least somewhat full circle when a Stroke, Nick Valensi, brought his own band, CRX, to Mercury on Friday night, September 6th, to debut new material from his just-out album, Peek. 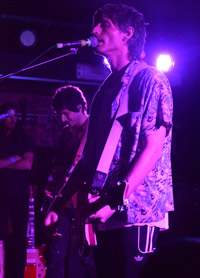 One aspect of Mercury Lounge is that the venue sometimes fits in two separate shows on an evening, an early and late one – and this was a late one, with CRX scheduled to go on just before midnight, and actually going on a little after midnight. More unusual was that the stage curtain at Mercury that most people didn’t even know existed was down, covering whatever was being done on stage before the show, save for one mike stand poking out in front. The band even had odd walk-on music, but they still had to walk through the crowd to get on stage, because this is still intimate Mercury Lounge.

But CRX were excited to be there, playing new material for the first time ever in front of a crowd. Getting ready to release their second record, following up 2016 debut full-length New Skin, Valensi admitted that they were nervous. New songs such as “Falling” and “Back & Forth” added in some wa-wa sounds to make the band’s power-pop/hard rock mix even more seventies.

Valensi also thanked the crowd for staying up late, noting that some band members’ dads were even there. It was a late show, but it’s never too late to rock. 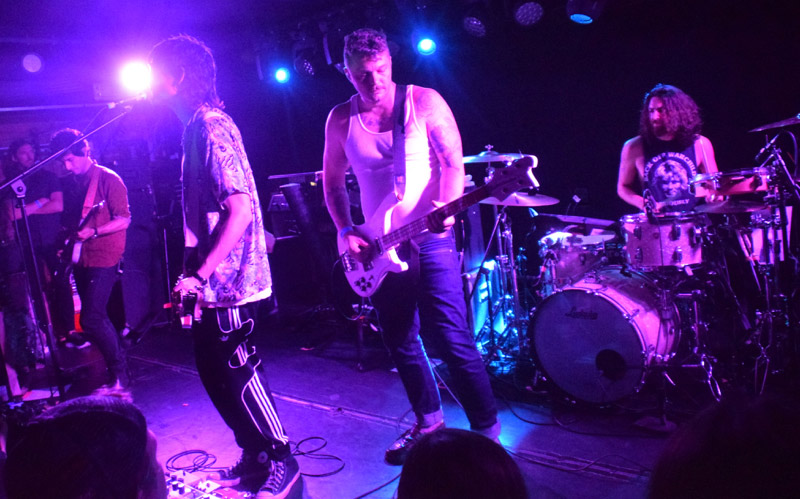