Datsik and GZA of Wu-Tang Clan came to NYC for an intense night of wubs and whomps.... 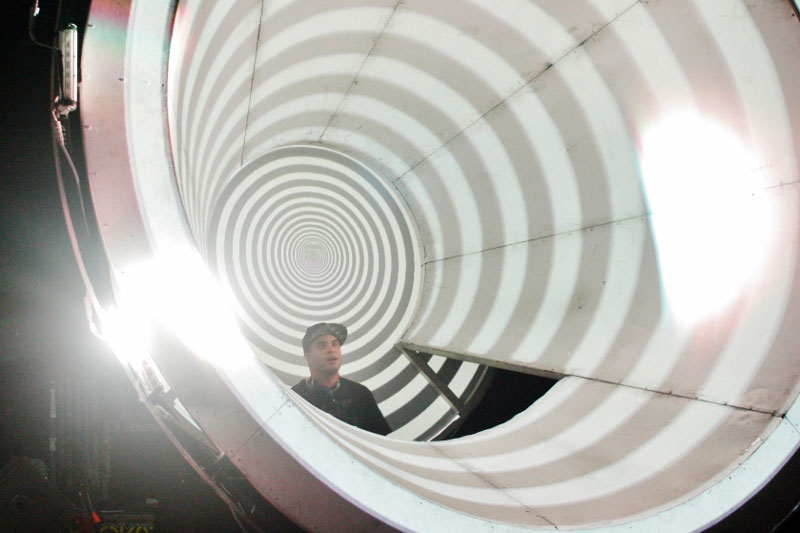 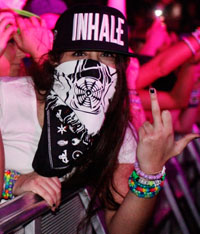 When it comes your fusion of hip-hop and dubstep, few can get dirtier than Datsik.  The established Canadian dubstep producer returned to New York’s Best Buy Theater on Saturday, January 18th along with GZA of Wu-Tang Clan for an intense night of wubs and whomps.

Purists have come up with a subgenre, ‘brostep’, for the kind of fast and heavy bass-centered music made by Datsik and similar producers (as opposed to the ‘real dubstep’ producers like Burial and Zomby.  But who’s to say, right?).  To no one’s surprise, ‘brostep’ was a great term to describe the neon-clad, candie-stacked crowd that swamped Best Buy that night.

Click here for photos of GZA at 2016 Burger Beach Bash in Brooklyn, NY

Click here for photos of GZA, with Ghostface Killah, at House of Vans in Brooklyn, NY September 3rd, 2015

Click here for photos of GZA at Music Hall of Williamsburg in Brooklyn, NY on April 18th, 2012

When co-headliner GZA stepped the stage, he was greeted with a crowd full of Wu-Tang W’s and enthusiastic cheers.  Unlike many rap concerts, where rappers who try to get by with a simple backing track, GZA came on with a full band by his side.  Also unlike many rap shows: Everyone was dancing.  And not just the typical head bobbing kind of dancing – I mean full-on body movement from one end of the crowd to the other.  GZA rapped up (ha…) the last performance of this tour with chants of “Wu-Tang Clan ain’t nothin’ to fuck with!” echoing all over the venue.

Click here for QRO’s review of Datsik at The Midland in Kansas City, MO on Halloween, 2012

Datsik’s entrance was definitely a much bigger spectacle.  A huge canvas cover was tugged down to reveal Datsik’s signature Vortex Lumen DJ Booth thundering with bass and sputtering with geometric graphics.  It was all just one big punch in the face.  And from the second that canvas hit the floor, the crowd was thrashing around and did not stop until the end.  Nobody was “waiting till the drop” because essentially, the entire concert was just one huge bass drop.  Snippets of his original songs, such as “Hold It Down” and “Vindicate” were sewn in with a variety of wubbles.  At one point Datsik threw in a remix of The Camp’s “Tequila!” for a comic relief to the very dark and heavy show.

Yes, the night was very bro-y.  Yes, nearly everyone was on drugs.  Yes, I’m pretty sure I’ve lost 110% of my hearing after this show.  But in the end it was well worth the trouble.  It was fun.  And that’s all that really matters, right? 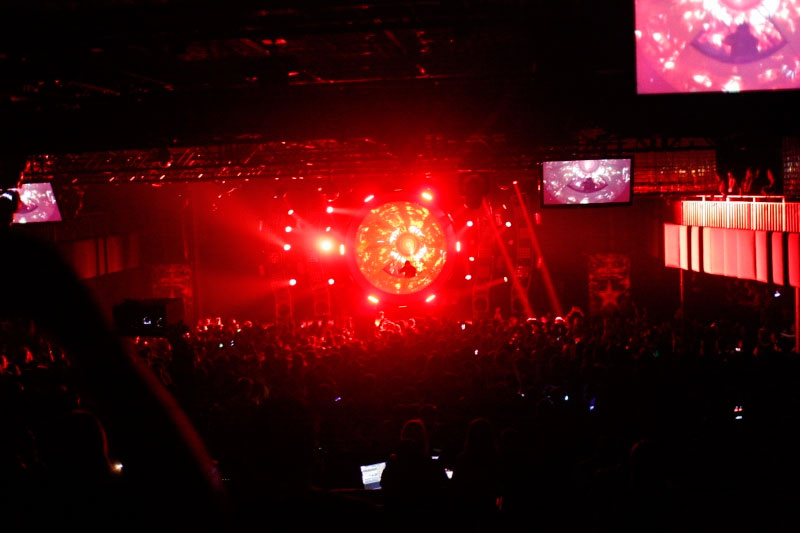