A third of the way through their ‘Global Spirit’ tour, goth-pop icons Depeche Mode played the second of two shows at Madison Square Garden.... 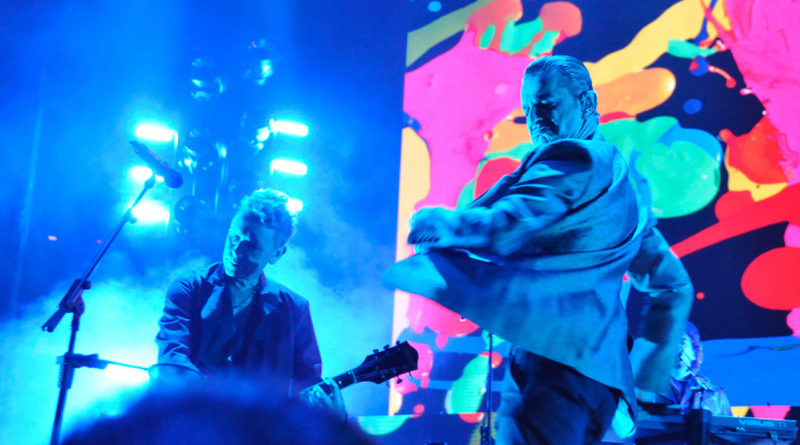 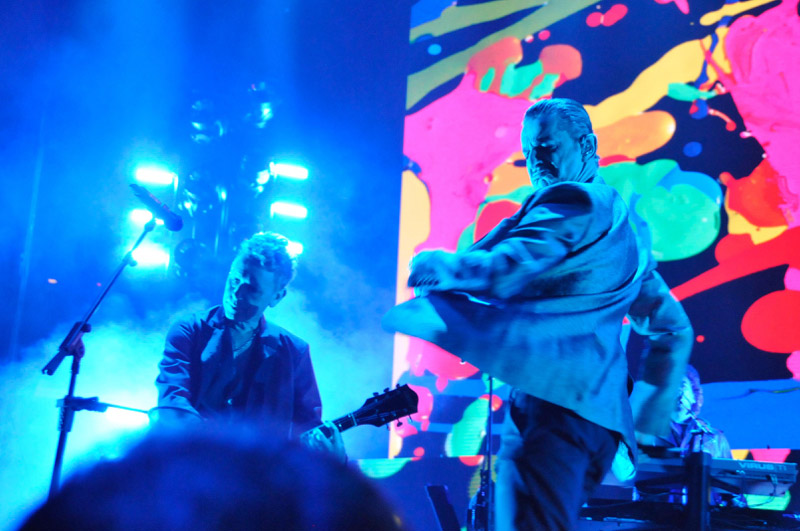 Click here for photos of Depeche Mode a week later at Ascend Amphitheater in Nashville, TN in the QRO Concert Photo Gallery

Click here for photos of Depeche Mode at Barclays Center in Brooklyn, NY on June 6th, 2018 in the QRO Concert Photo Gallery

Click here for photos of Depeche Mode at Nikon at Jones Beach Theater in Wantagh, NY on September 8th, 2013 in the QRO Concert Photo Gallery

A third of the way through their ‘Global Spirit’ tour, goth-pop icons Depeche Mode played the second of two shows at Madison Square Garden (QRO venue review), on Monday, September 11th. The band is on tour in support of their fourteenth album, the politically tinged Spirit. Support came from LA foursome Warpaint (QRO photos), who released their third LP Heads Up last year (QRO review). The group took to the stage, obscured by a minimalist light setup, which perfectly suited their moody sound. While Warpaint may not have seemed like an obvious opener for Depeche Mode, their spiky guitars, bouncy basslines and wailing vocals solidify their place in post-punk. The crowd sadly started off thin at the beginning of their set, but the house was mostly packed toward the end. The crowd’s loss, to be honest.

And then the moment we were all there for: the crowd elicited screams as an animated film featuring Spirit’s stomping-feet motif appeared on a huge screen behind the stage. The screams only grew louder as Martin Gore, Andrew “Fletch” Fletcher, their backing musicians, and finally Dave Gahan appeared. Ever the showmen, the Gore and Gahan were decked out in slim fitting waistcoats, eyeliner galore and glittery boots. Fletch dressed like Fletch. Spirit kicks off with “Going Backwards,” and so did the show. Gahan slinked and spun around the stage, simultaneously giving off vibes of grace and sensuality. Favorites like “Policy of Truth” and “Barrel of a Gun” got the crowd worked up further, and the band made their way through their decades-spanning discography. Halfway through the show, the band slowed things down with a solo performance by Gore. The crowd sung along to an acoustic version of “Judas”, as well as the always stunning “Home”. The set list didn’t diverge much from the first MSG show on Saturday, with the exceptions of “Judas”, and classics “Black Celebration” and “Strangelove”, also by a solo Gore. At the encore, the band acknowledged the date & city with a tribute, a cover of David Bowie’s “Heroes”. “Personal Jesus” appropriately closed out the show, as for many, the event was a near-religious experience. 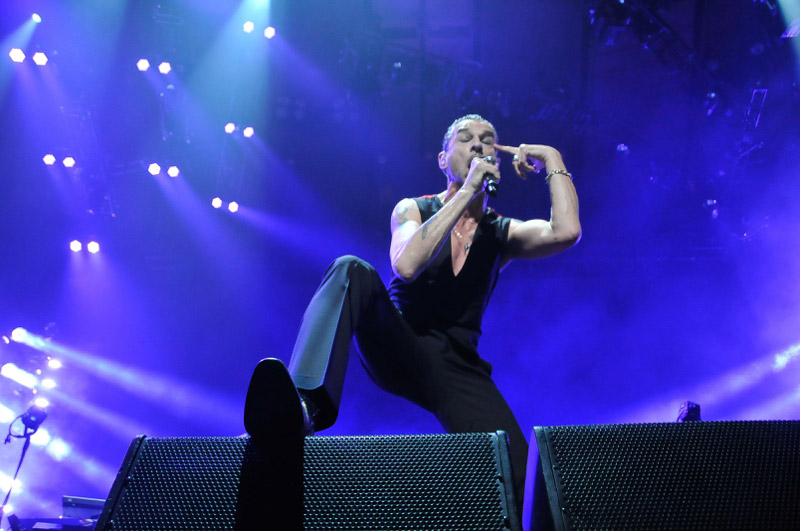 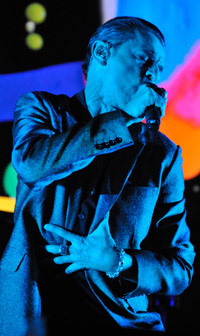 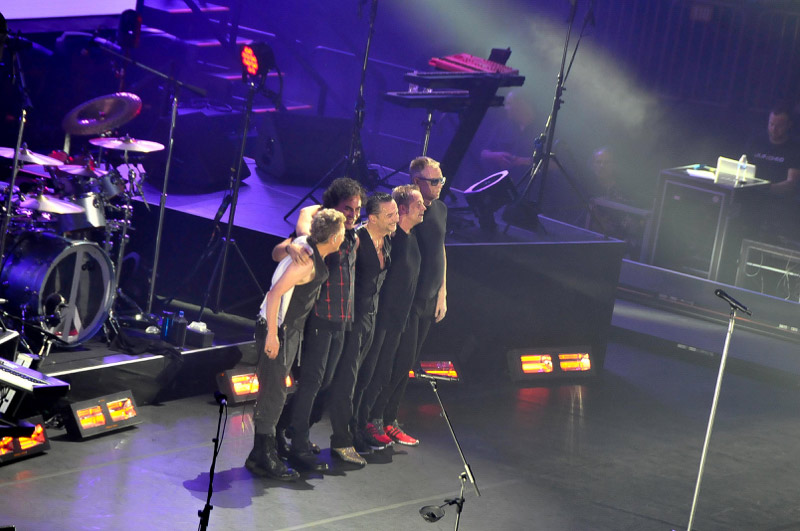