To at least some degree, all artists stand in the shadow of their breakthrough piece of work. ... 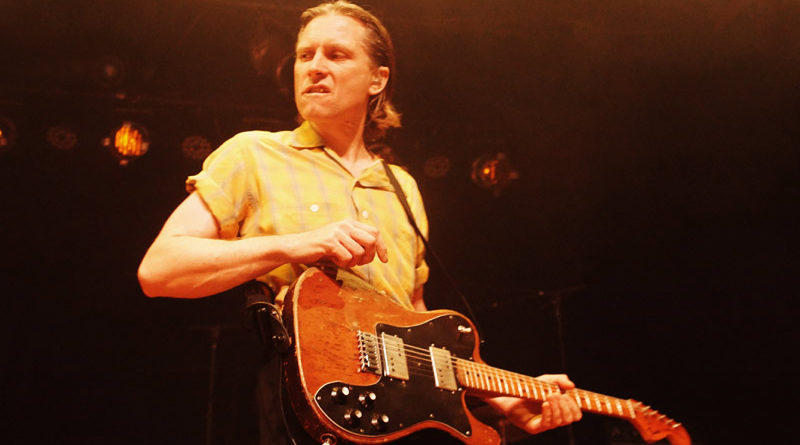 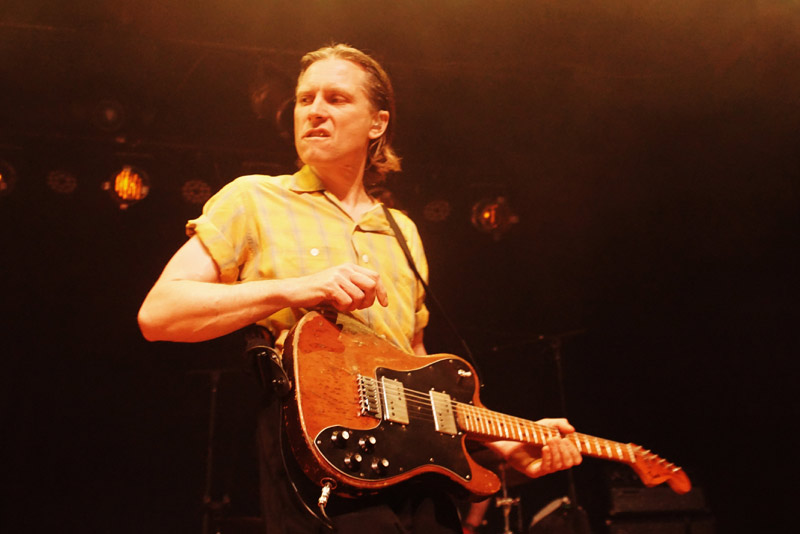 To at least some degree, all artists stand in the shadow of their breakthrough piece of work. That seems particularly true of alt-rock acts that broke through in the first decade of this century/millennium, perhaps because the internet made any breakthrough wider and faster, but also shorter. They’re some of the first acts to come up in the internet age, and now are old enough to be ‘old’, at least in musical pop culture terms. One of the hottest was Glasgow’s Franz Ferdinand, whose 2004 self-titled debut got George W. Bush/Tony Blair-era toes tapping. They’ve continued on in their dance-rock vein, coming to Brooklyn’s Warsaw (QRO venue review) on Monday, June 5th with new & old material.

Technically this was a ‘Governors Ball After Dark’ show, a spin-off of the festival that had just happened that weekend, in which Franz Ferdinand played. However, this was no add-on, but its own full-fledged gig, with a packed house (though perhaps a bit smaller space). And yes, there was dancing. At their best, Franz Ferdinand are able to make anyone move to their angular, gripping dance-rock, and the band did have the crowd at Warsaw moving, right from the start with Franz Ferdinand’s “Jacqueline”. The evening was heavy with old Ferdinand favorites, comprising the lion’s share of the set list, particularly early & late in the concert. Early on had “Jacqueline” and “The Dark of the Matinée”, along with “No You Girls”, a great kiss-off to girls and boys from 2009’s Tonight: Franz Ferdinand (QRO review). The encore return included Ferdinand’s “Darts of Pleasure” and “This Fire” to close the night out. And smack in the middle was perhaps Franz Ferdinand’s best song, the driving love track “Michael”. 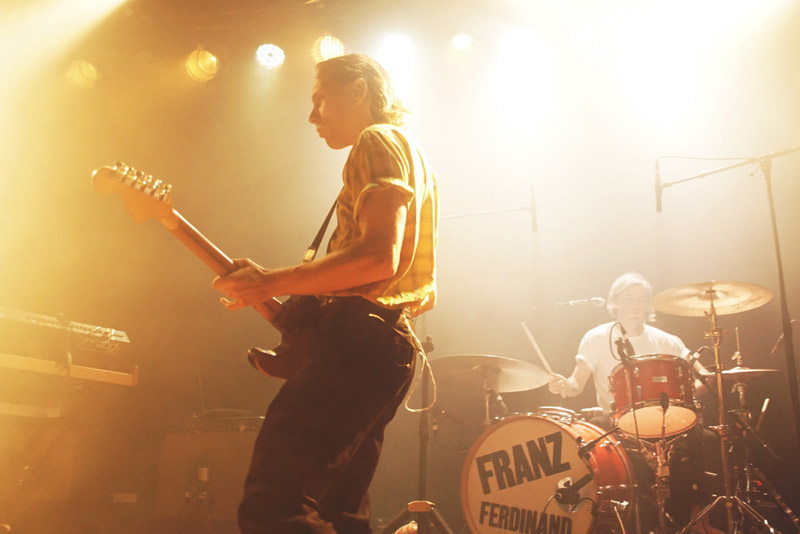 But this was also a showcase for the band’s new work. Their most recent release was in 2015, a team-up with seventies/eighties art-rock pioneers Sparks as FFS (QRO photos together) – the last ‘proper’ Franz Ferdinand record was way back in 2013, with Right Thoughts, Right Words, Right Action (QRO review). Doing the summer festival circuit at such events as Governors Ball in New York, Hangout a few weeks prior (QRO recap) in Alabama, and Firefly a few weeks in the future (QRO preview) in Delaware, they probably only get limited chances to test out their new material – festivals pretty much require that one plays ‘the hits’ that everyone knows – so this was a special night for them. Early piece “Paper Cages” had sharper dance beats, while “Lazy Boy” was more driving. Later number “Huck & Jim” was a little weirder for the band (maybe picked up a thing or two from Sparks), while encore return “Always Ascending” was the clear standout among the new tracks, a choral open into full-on dance. 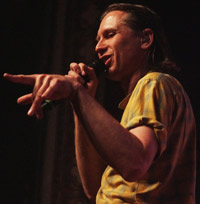 Singer/guitarist Alex Kapranos was his engaging self, not so much with the banter as with his motions to the crowd. While other Scottish frontmen (such as Scott Hutchison of Frightened Rabbit – QRO recent live review) joke around with stories in brogue, Kapranos reaches out and touches the crowd (aided this evening by the smaller Warsaw having a relatively small photo pit and low stage for a venue its size). He did introduce his band in full spectacle in the encore, during Right Thought’s “Love Illumination”.

Before the show, one pair of fans was discussing how a friend of hers is a huge fan of Modest Mouse, and she should have guessed her friend was also a big fan of Franz Ferdinand. Both acts came up a decade-plus ago with smash breakthroughs, but have since always had that shadow on their shoulder. Franz Ferdinand are still defined in the light of Franz Ferdinand: as a really enjoyable dance-rock act sure to get you moving. 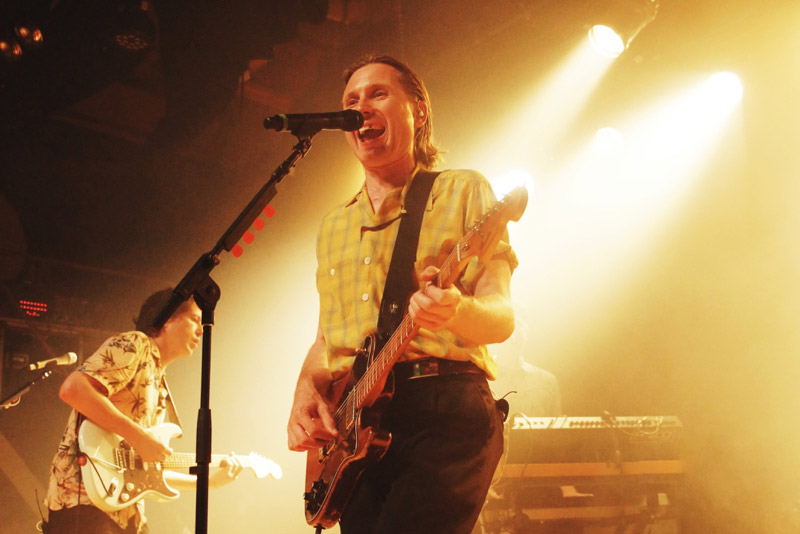