It was raining lightly but steadily at the start of Governors Ball, immediately bringing back memories of the rain that ruined Day One/all of Governors Ball ’13. However, it ended by 3:00 PM, and the sun came out. 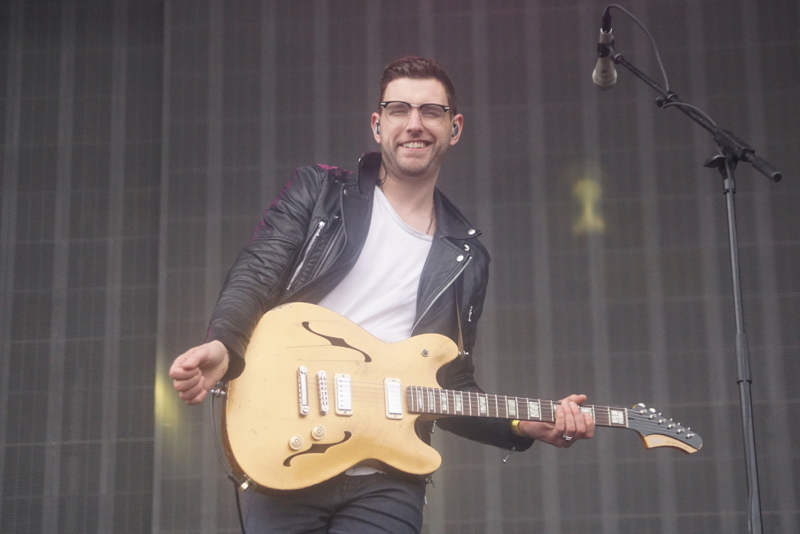 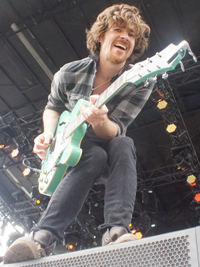 Before that, Priory opened the festival at the GovBallNYC Stage, and then Black Pistol Fire delivered some seventies guitar-rock to the Big Apple Stage, which lit up despite the grey skies. That rock included guitar solos at the front of the stage – at one point guitarist Kevin McKeown slipped on the wet stage and accidentally kicked QRO’s photographer in the face! Conversely to that energy, the fuzzy, airy indie-rock of DIIV next at the Honda Stage was underwhelming. Meanwhile at GovBallNYC Stage, Slim Jimmy of Rae Sremmurd slipped and fell, injuring himself so seriously that festival medics had to take him to the hospital (where they had to put his leg in a cast, but he’s thankfully otherwise okay). 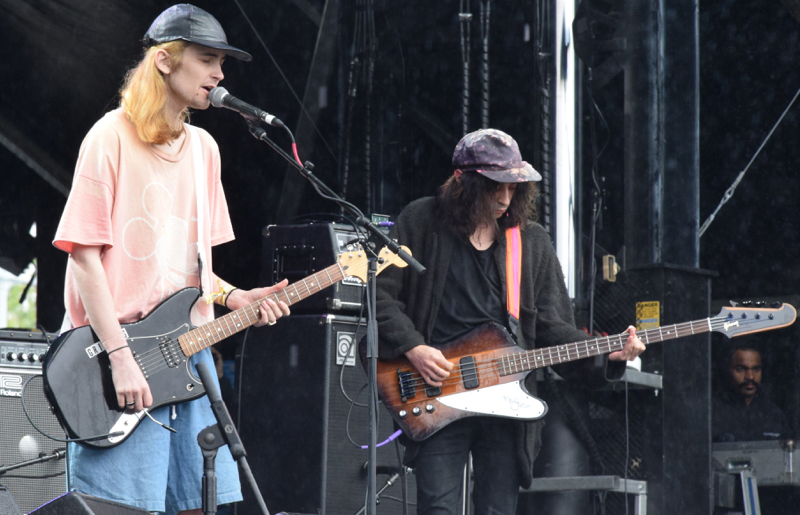 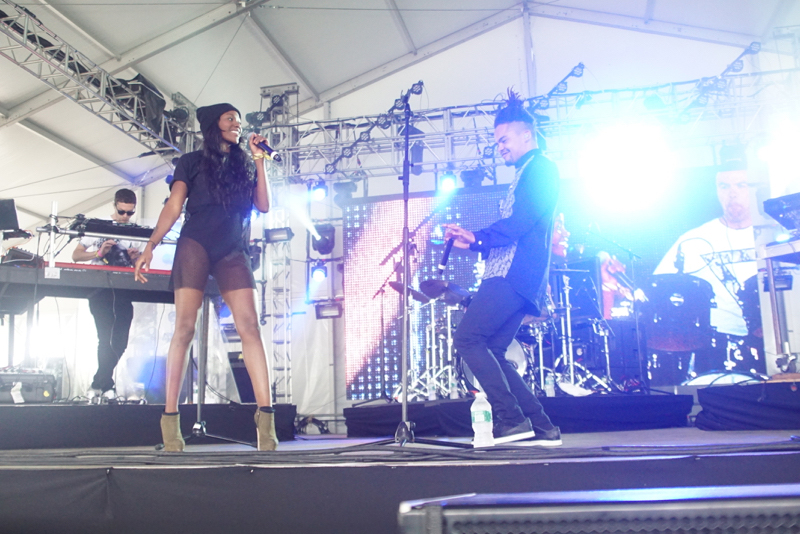 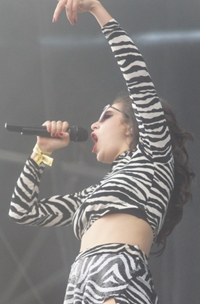 The skies weren’t clear for Gorgon City doing a live set of their electronics in the Gotham Tent, but then the sun came out just as Charli XCX appeared on the Honda Stage. She got middle fingers in the air for opener “Sucker”, and then played a giant inflatable guitar for “Breaking Up”. And then she performed the hit that she co-wrote with Governors ‘13 Icona Pop (QRO spotlight on), “I Love It”. A total glam-dance star, she could have probably played later on the day, but was very needed to light up the event, a tasked that continued right afterward with Rudimental on the Big Apple Stage. 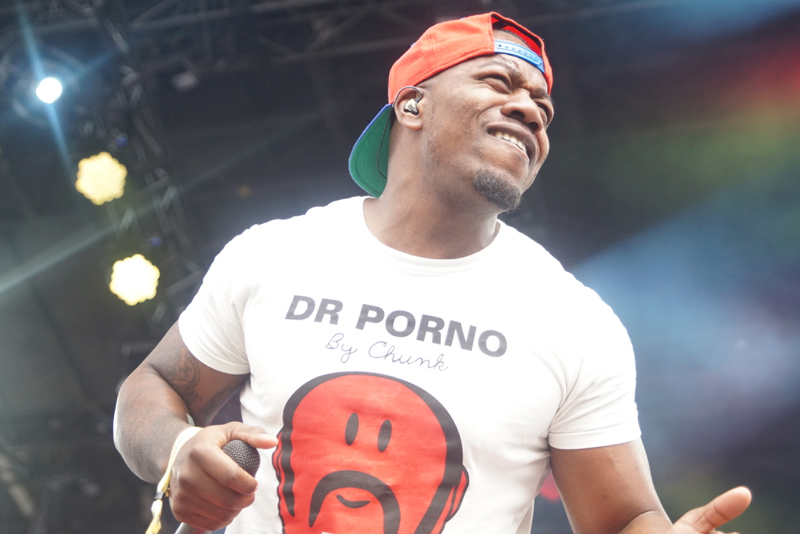 Another artist who could have played later, but was well put earlier on the schedule to get the crowd going was Chromeo-o-o. A healthy audience was there for the disco-dance party at the main GovBallNYC Stage, as the group nicely drew a wide fan base and didn’t have to compete with the headliners. Ezra Koenig of Governors ’14 headliners Vampire Weekend (QRO photos) came on as a special guest to show Dave 1 how to play VW’s “Cape Cod Kwassa Kwassa”, which led into Chromeo classic “Bonafide Lovin’”. 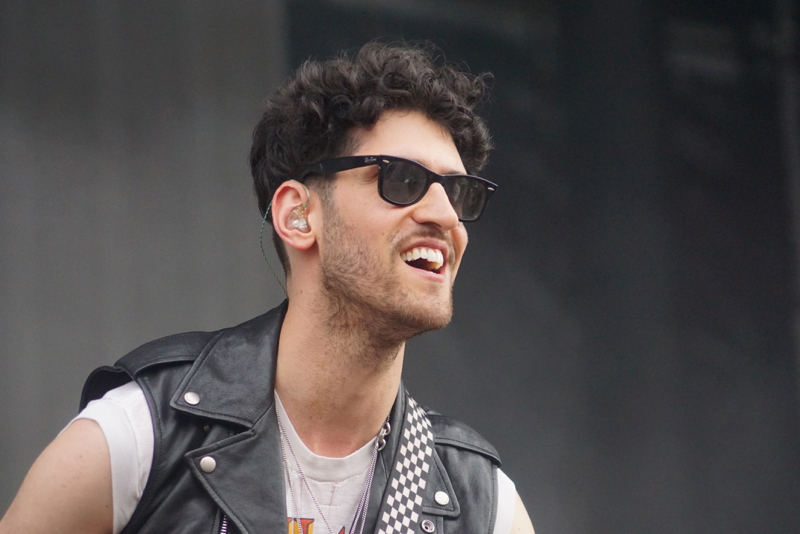 One of the few changes to the festival set-up from last year was that the Big Apple Stage was pushed farther back, to give more room for the crowd – but most of that new room was taken up by an extended VIP section there, while the area for the hoi polloi was disfigured. Not taking that to heart was Death From Above 1979, who of course were shredding from the get-go, both old songs and new ones from their self-titled reunion record (QRO review). Dressed in black vs. white, Sebastien Grainger actually could pull off wearing white overalls with no shirt. He also mentioned it was his wife’s birthday on Saturday, but she wasn’t hobnobbing backstage, but rather “out there with the people.” 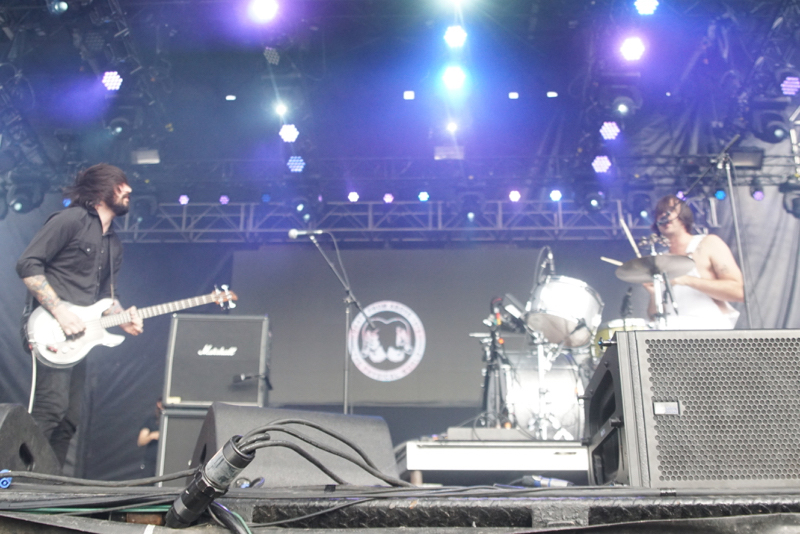 Also out there among the people near the Big Apple Stage was a booth giving away free Kettle Chips (“The perfect side dish for revenge” – Sideshow Bob) all festival long. And near to that were guys busted for peeing in the bushes, despite the ample amount of port-a-potties at the festival.

On the Honda Stage, Colin Meloy of The Decemberists joked about how they had always wanted to play next to a New York City tollbooth (the Robert F. Kennedy Bridge was elevated just to the side of the stage). The uplifting indie-folk collective was just so Portland… 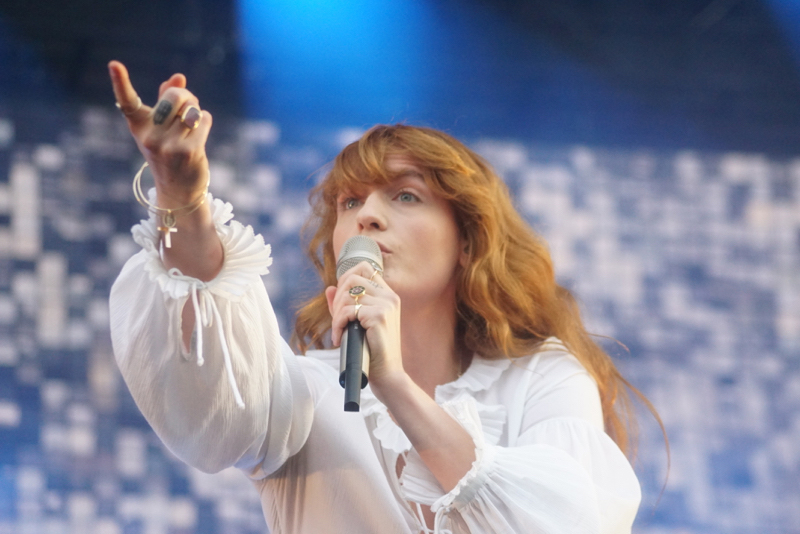 Originally The Decemberists would nearly directly compete with Florence & The Machine on the GovBallNYC Stage, but a last-minute change had a DJ set by Pat Mahoney of LCD Soundsystem (and Death From Above Records – who forced DFA1979 to add their birth year to their name), pushing Florence Welch & co. back. A huge, cluster-fuck of a crowd were there for the group to play a set similar to their one a few days earlier at a smaller, but still cluster-fuck, crowd at iHeartRadio Theater (QRO live review), drawing from their first two records as well as the just-out How Big How Blue How Beautiful. The audience sang along to the new songs as well as the old – as well as their version of Calvin Harris’ “Sweet Nothing” (which did feature Welch on vocals on record). Welch still couldn’t dance after breaking her foot on stage at Coachella (dancing to their breakthrough “Dog Days Are Over”), but that didn’t stop the crowd. 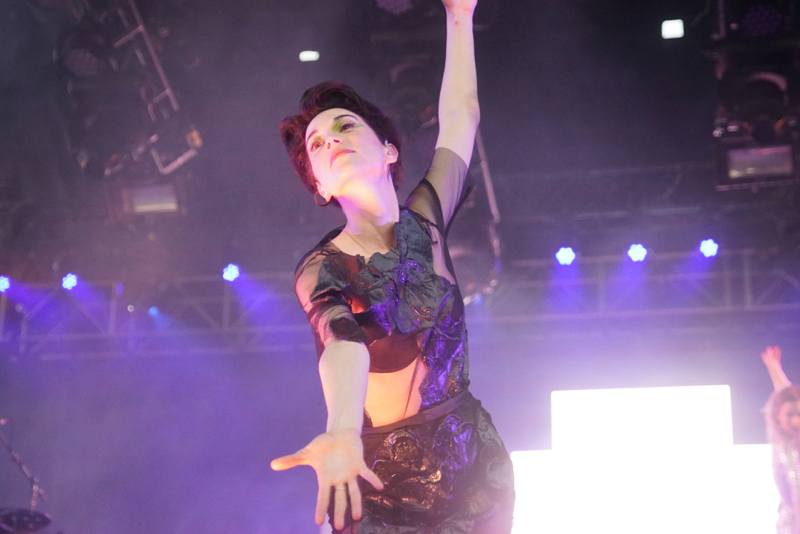 The time shifting of Florence & The Machine unfortunately meant that now Welch overlapped with another excellent indie-songstress, Annie Clark, a.k.a. St. Vincent. While her show has admittedly been similar since the release of last year’s St. Vincent (QRO review), it’s a great show with great songs – and this time Clark & band weren’t the only ones busting choreographed moves, as behind them at the Big Apple Stage were two silver chrome jumpsuit clad dancers. 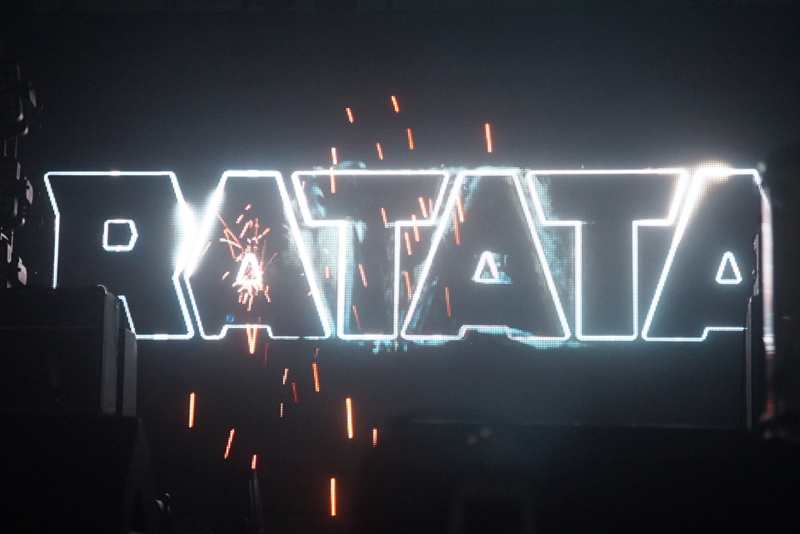 After Clark & the beats of Ratatat, headlining Friday at Governors Ball were megastar Drake, who made up for lackluster work at Coachella (not to mention the free concert-that-never-was at South Street Seaport in 2010 – QRO photos), and My Morning Jacket, alt-country hits touring off of their new The Waterfall. 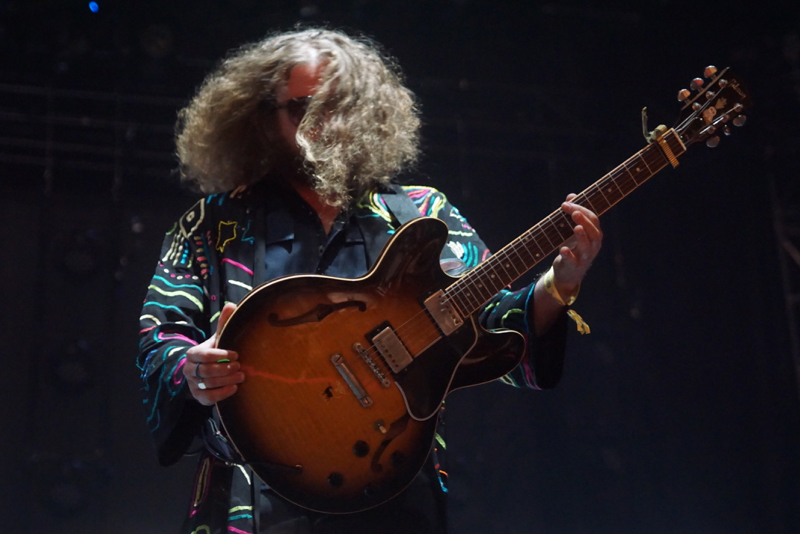