<img src="https://www.qromag.com/wp-content/uploads/2012/11/grouplovenov2.jpg" alt="Grouplove : Live" />Grouplove are more than their great singles.  Much more. ... 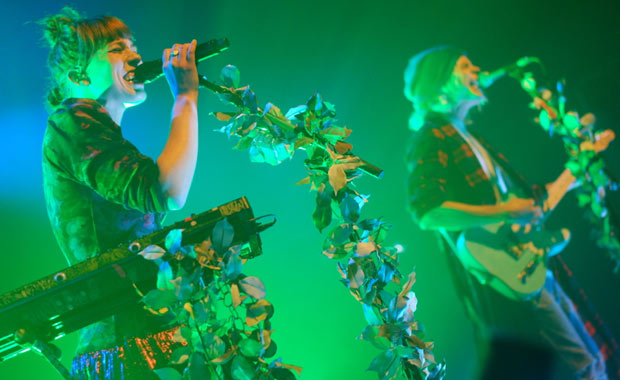 In 2012, Grouplove came out of seemingly nowhere (actually, Los Angeles) with not one, not two, but three killer singles in “Colours” (QRO single review), “Tongue Tied”, and “Itchin’ On a Photograph”.  The band has already graduated to headline status in larger & larger venues, such as New York’s Terminal 5 (QRO venue review) on Friday, November 2nd, despite only having one full-length, Never Trust a Happy Song, whose singles are clearly the best songs.  Would they have enough material, enough good material, to play such a big show?  Yes – the Group delivered in a big way.

New York City had just suffered Hurricane Sandy earlier that week, with downtown only getting power back earlier that day (and no subways running below 34th Street), but Terminal 5 is in (way) West Midtown, so was open for business.  Still, it could have dampened the crowd, yet the place was as packed with excited young people as an Obama ’08 rally (or, it seems, an Obama ‘012 one…).  After a set by opener MS MR (QRO photos) that closed with their oh-so-appropriate single “Hurricane”, Grouplove came out to raucous applause and opened with latest single, “Itchin’ On a Photograph”.  That of course went over very well, but what would the band do between “Photograph” and another single? 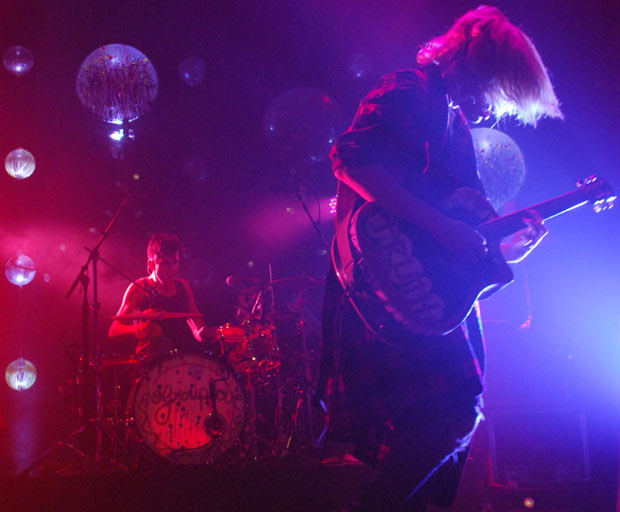 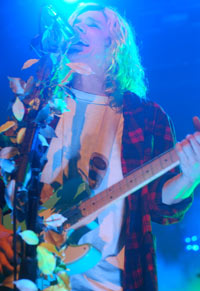 First off, bassist Sean Gadd & drummer Ryan Rubin started on the wrong next song, skipping to #3 on the set list (QRO photo) – and the rest of the band rolled with it (though singer/guitarist Christian Zucconi did laughingly point out the error).  Instead of following “Photograph” with “The first song we ever wrote”, “Don’t Say Oh Well”, Grouplove did Never Trust‘s “Lovely Cup”, then “Don’t Say” – but the two up-country bops work well together, one-two or two-one.  From there, the group mixed in some new songs and another old one with pieces from Never Trust – but no singles.  A high point had to be the new number that “Isn’t about weed…”, “Everyone Get High”, though the following pre-Trust “Gold Coast” was a bit boring. 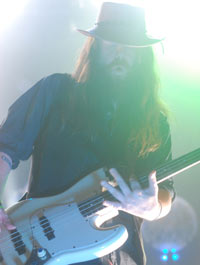 Grouplove were clearly having fun on stage, and that only grew more so in the back half of the performance.  After a great rendition of Trust‘s “Naked Kids”, guitarist Andrew Wessen took over main vocal duties for his “Spun”.  And then Gadd (who surprisingly has an English accent, despite his long beard and cowboy hat), proceeded with not only introductions of everyone, but sang his own “Chloe” to incredibly engaging effect.  And the group went into their encore break with “Slow”, sung solely by singer/keyboardist Hannah Hooper, who’d been bouncing around the stage throughout the show (though “Slow” was a little, well, slow, but it worked as an ‘into the encore break’ song). 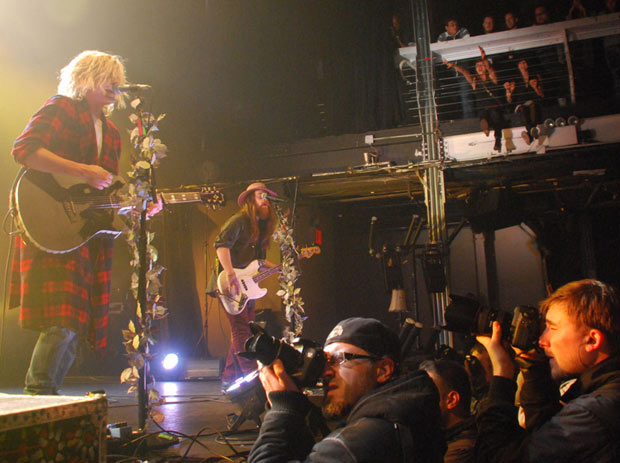 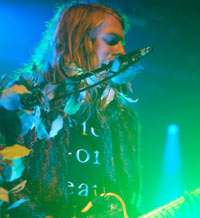 The five musicians were still very energized was they returned from their encore, but turned things upside down by doing Trust‘s “Cruel and Beautiful World” completely acoustic.  Terminal 5 is a massive, three-story venue, and the band told the crowd it would only work if they were completely quiet.  The crowd was (the shushes from people in the audience telling others to be quiet were louder than anyone not being quiet…), and Grouplove did the song from the lip of the stage – with chorus sing-a-long from fans to boot. 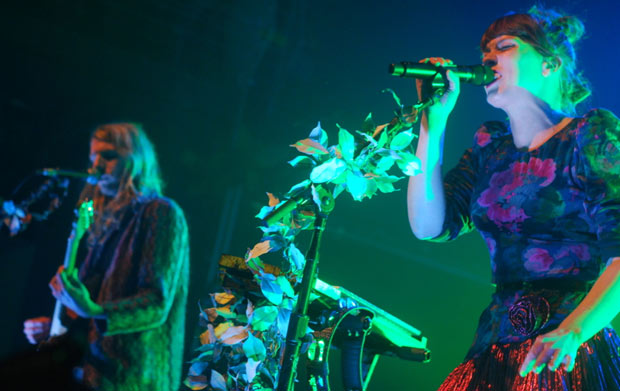 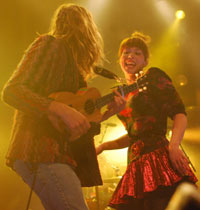 And after getting “loud again” with a new song, Grouplove closed out the night with their other two great singles, “Tongue Tied” and “Colours”.  “Tongue Tied” might just be the best-of-the-best, thanks to Hooper awesome mid-song rhyming, but it was “Colours” that started the band’s career & ended the show – with an ungodly amount of confetti and streamers going nearly non-stop.  Maybe not since OK Go played Terminal 5 a few years ago (QRO review) has the huge space’s air been as filled with color. 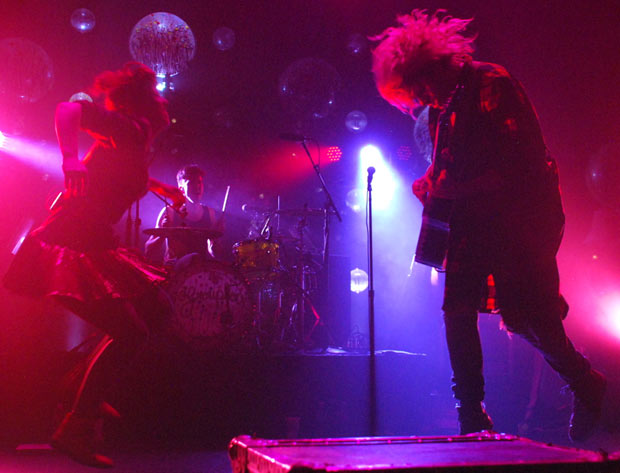 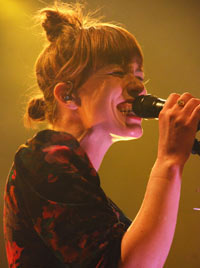 It was clearly a risk by Grouplove, playing one single as the first song of the night and the other two as the last two, with as much time in between playing singles as they could have had.  The night could have seriously dragged, but the band had not only the songs to carry the evening, but also the energy.  And it made the end of the show (which they called the best of the tour), with singles & confetti, even more joyful.  This was the last tour Grouplove were doing off of Never Trust a Happy Song, before writing and recording their next record (and there’s not going to be any added pressure on the sophomore follow-up…), and they closed it out proving they were more than just a one-two-three hit wonder.