GWAR at House of Vans Halloween

Of course House of Vans had GWAR for Halloween '16.... 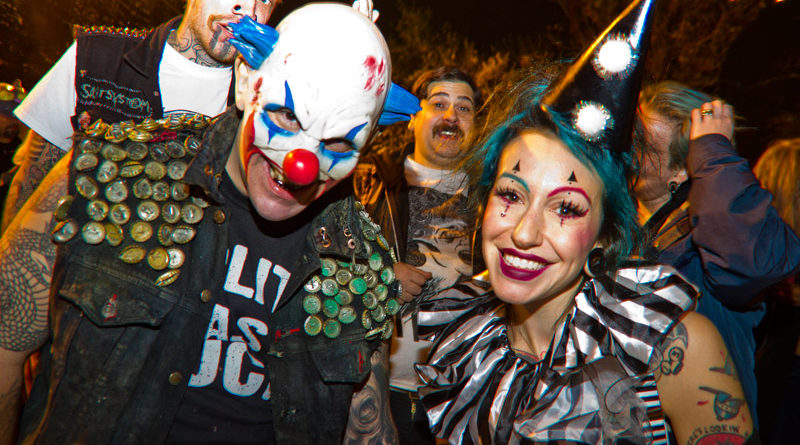 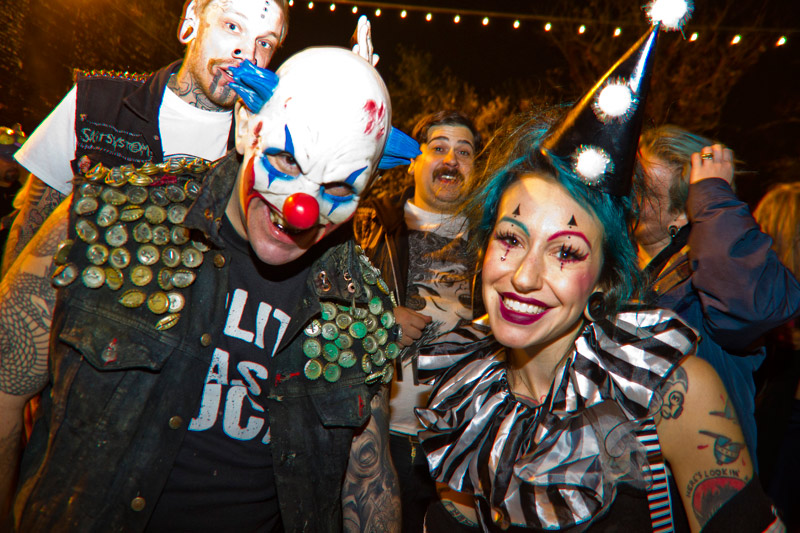 In 2016, Halloween fell on a Monday, and it was in danger of being overshadowed in general by the horror movie that is this presidential election (not to mention uplifting underdog story of The Chicago Cub in the World Series). This made the weekend before to be the real time for the Halloween events, from Voodoo Experience Festival in New Orleans (QRO recap) to the House of Vans event on the Saturday, October 29th. It featured the greatest in mock-horror (and costumes), GWAR, along with Darkest Hour and Mutoid Man, for a memorable All Hallow’s Eve (Eve Eve). 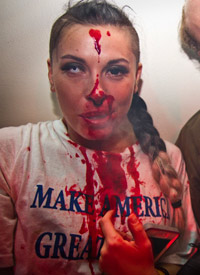 First things first: yes, there were a lot of costumes. Between Halloween and GWAR, you knew that people were going to get dressed up, in particular leaning on the horror, from zombie make-up to someone dressed as Glenn Danzig. Though maybe the best outfit was the older guy in the Catholic priest collar, because one wasn’t sure if that was a costume or he actually was a priest. Or the Fruit of the Loom-esque bunch of grapes suit, altered to be ‘member berries’ from this season of South Park (“Member Chewbacca?…”). 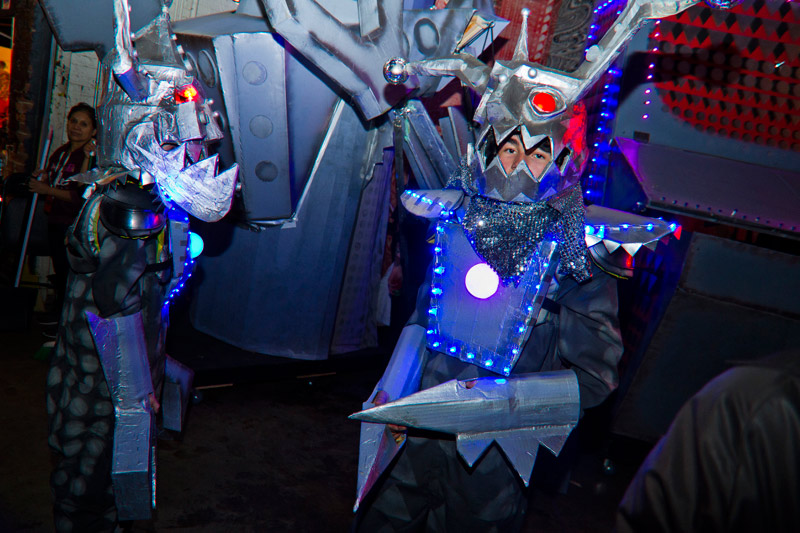 But it wasn’t just fans & bands that were costumed. Pulling out all the stops even more than last year’s Halloween show there (QRO review), House of Vans (QRO venue review) was replete with not one, but two giant papier-mâché puppets manned by multiple puppeteers. One looked like a giant wolfotron, the other a robot troop carrier, and they & their forces would battle before every band, even show up during a performance (along with a papier-mâché UFO that would go along a zip line on the ceiling). Costumes were combined with Vans’ traditional free alcohol in someone dressed as a bottle of rosé, advertising for the ‘rosé in a can’ that was helping sponsor the event (and actually was pretty good). 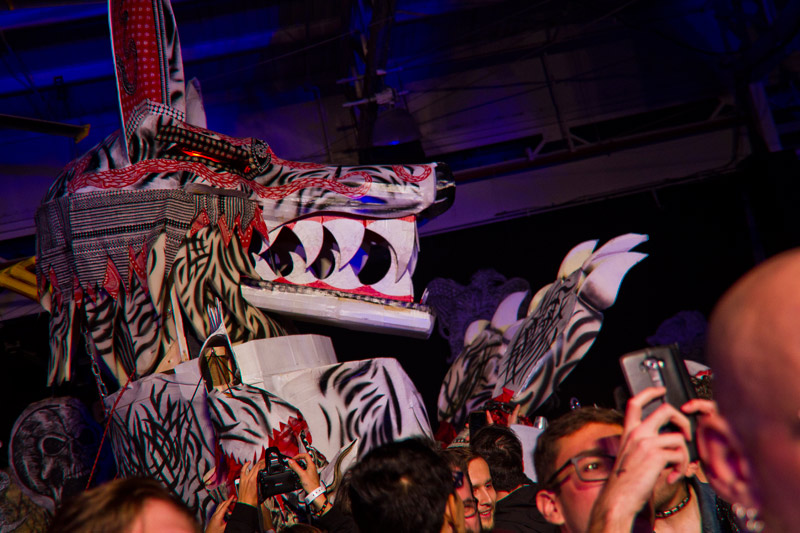 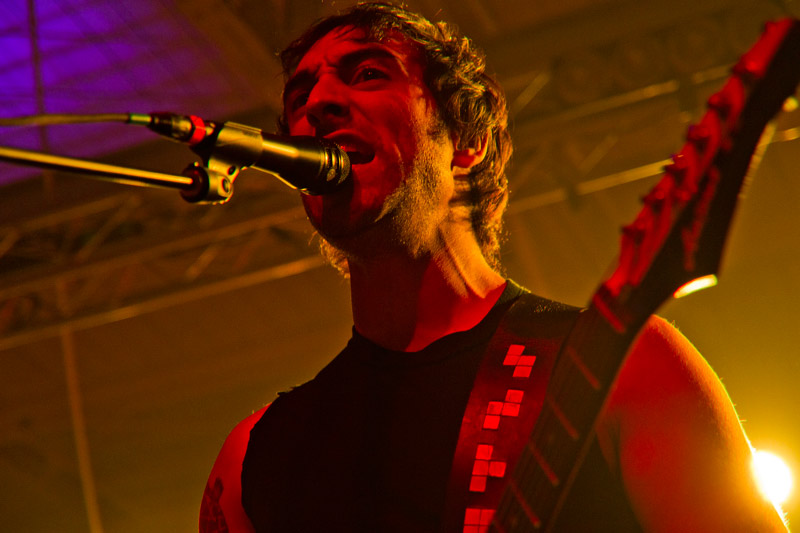 But even on Halloween, House of Vans isn’t focused on the costumes or the booze, but the music. With GWAR headlining, the rest of the bill was similarly heavy horror-metal, with a healthy dose of humor. Mutoid Man was mutant metal, like The Devil in Tenacious D’s “Beezelboss (The Final Showdown)”, with the singer actually funny in his over-the-top horror-banter. Darkest Hour was even harder, after another pitched puppet battle. 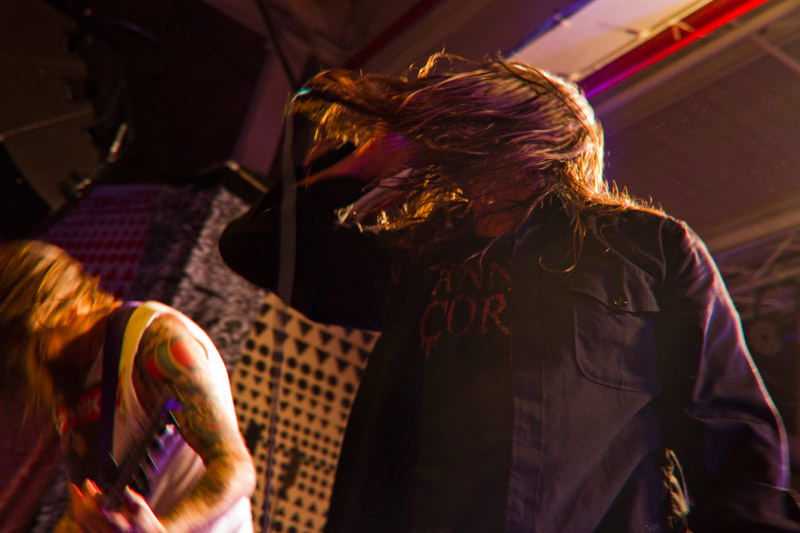 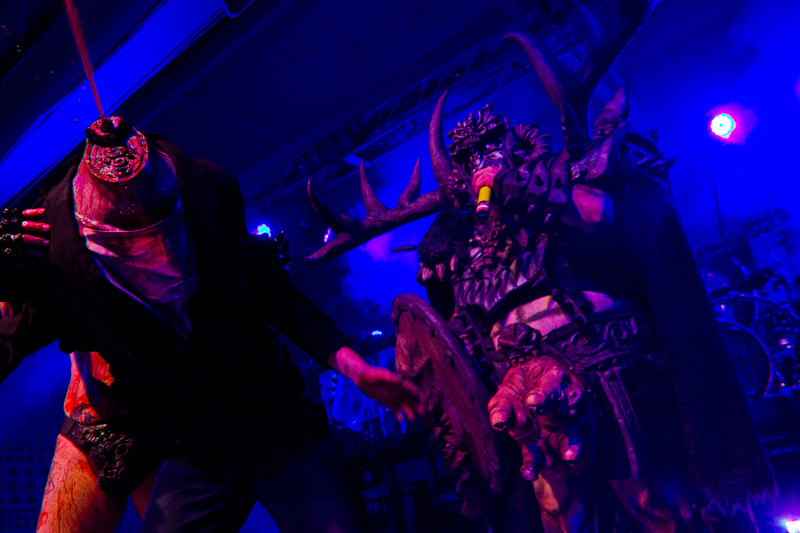 But they were just setting the stage for the one, the only, GWAR! The group’s mock-horror mixture of metal and magnificent costumes has been going on for decades now, even surviving the recent deaths of guitarist Cory Smoot/Flattus Maximus and singer Dave Brockie/Oderus Urungus (QRO interview). Fully decked out for the occasion, GWAR brought their big bag of tricks. Obama was decapitated (with spurts of fake blood). Hillary Clinton battled Donald Trump (because GWAR isn’t going to let puny humans decide their next president) – Hillary won and flayed Trump, only to be defiled herself (more fake blood), all to the GWAR classic “Bring Back the Bomb”. Also defiled was a baby, or possibly a midget (you decide which is worse, and whatever was worse is what happened). 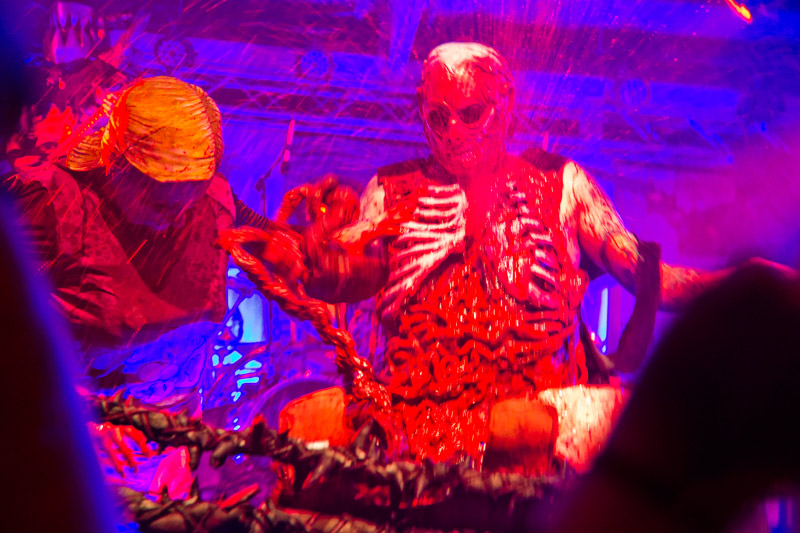 House of Vans came prepared for GWAR, and not just the hard working clean up crew (hopefully they got paid overtime). White t-shirts were handed out for the event, specially made for the show, which had writing on them, in white, that would appear after being drenched in fake blood (or real, to be fair…). Particularly thankful for the t-shirts? The photographers in the pit that got sprayed.

After the horrors of 2016, one needed to both appreciate and respect that horror on Halloween weekend. There was the likes of Ghost headlining Voodoo Experience in New Orleans (QRO photos), and The Damned playing two nights at Gramercy Theatre (QRO photos). But there was nothing like GWAR at House of Vans. 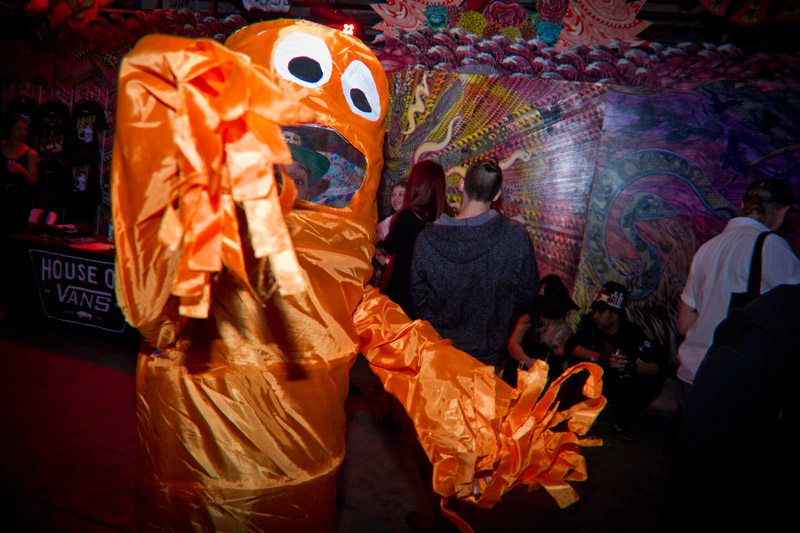