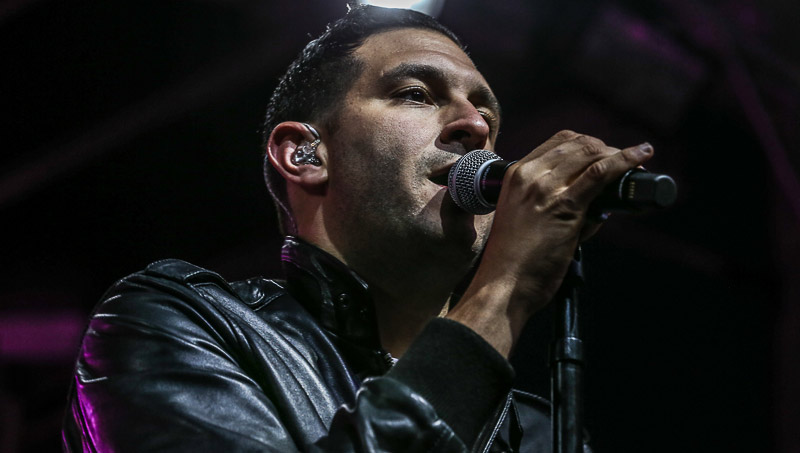 Photos of Holy Ghost! at Budweiser Stage in Toronto, ON, Canada on August 30th, 2018

Halloween is that rare occasion when downtown Manhattan becomes a really bad joke.  If a hurricane isn’t ripping through the area, you’ll probably find yourself evading the 6th Avenue stampede while stepping over puddles of vomit.  There’s nothing wrong with getting into the Halloween spirit, but unless there are kids involved, most jaded New Yorkers would probably avoid the Village that night like they would avoid Times Square on New Years Eve.

So tip your hats to Holy Ghost! for a) putting their quirky name to good use on Halloween day and b) booking their show at a safe distance (40+ blocks) from whatever mess was happening downtown.

Initially Terminal 5 (QRO venue review) was pretty empty, but of course it filled up instantly after openers Midnight Magic and JOAKIM stepped off the stage.  The synth-disco duo Millhiser and Frankfel appeared with three other band mates, but the only one in costume was the drummer.  In fact, no one in the venue went over the top with their outfits.  Like the stark-yet-clever lyrics of Holy Ghost!’s latest album, Dynamics, the outfits people wore were more subtly hilarious than dramatically festive (kudos to the guy in that Holy Ghost! costume).

Ironically, they began the night with the last song of Dynamics, “Cheap Shots”, but the pace quickened with “It’s Not Over”.  It was pretty exhilarating to see so much movement in the crowd at an early point of the show.  You could hear the crowd chanting the lyrics word-for-word, screaming “IT’S NOT OVER!” each time song led up to the phrase.

Their set jumped back and forth between Dynamics and their self-titled debut (QRO review).  The eerie-toned single, “It Gets Dark”, was also stuck in the middle of the set, and was definitely a great mood setter for the Halloween-themed show.  Like most DFA artists, Holy Ghost! proved to be perfect for nights of non-stop dancing – with steady dance beats and buildups, no one was worn out too easily.  Plus, that disco ball on the ceiling of Terminal 5 seemed to serve a much more important role than it usually does.

The crowd was ecstatic when “Dumb Disco Ideas” kicked off the encore portion.  The lyrics, “Put it off and wait / And wait for another day” were, as someone drunkenly pointed out, “Totally the anthem of everyone who had to wake up for work tomorrow.”  “Jam for Jerry” ended the night with feel-good disco beats as Millhiser crowned the evening, “The best Halloween ever.” 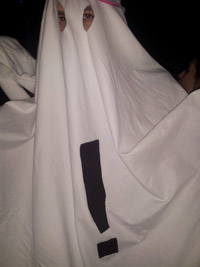