The Insane Clown Posse went back on the road to celebrate an anniversary (and birthday).... 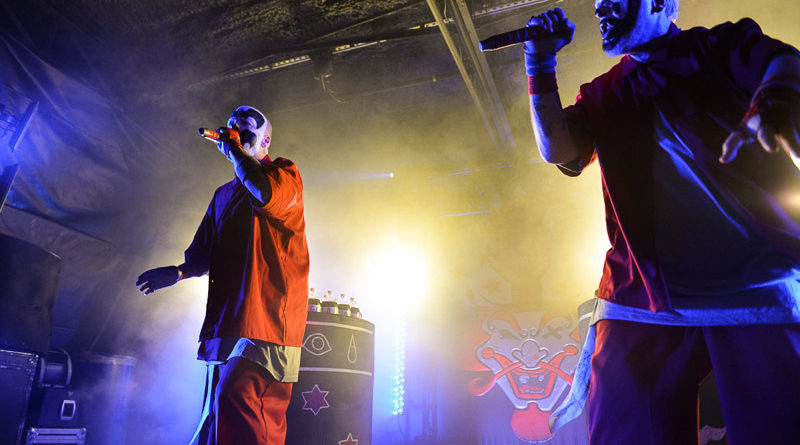 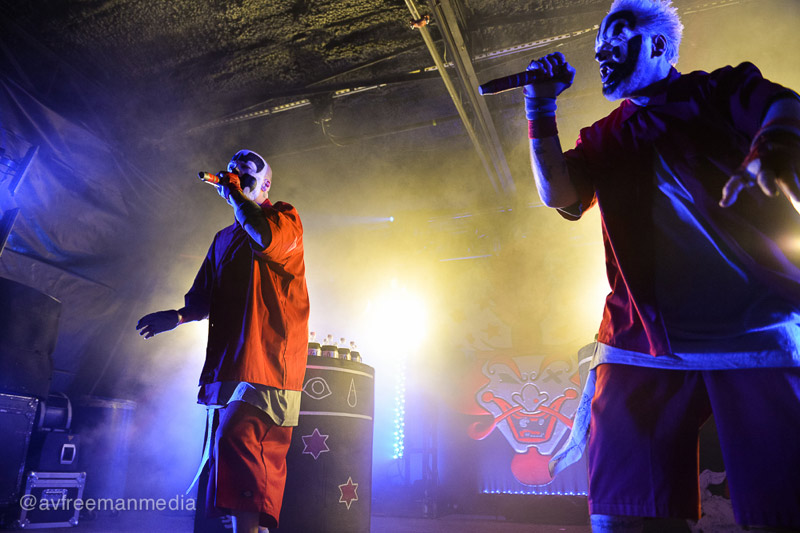 Click here for photos of Insane Clown Posse at Metropolis in Fremantle, WA, Australia on December 8th, 2013 in the QRO Concert Photo Gallery

The Insane Clown Posse went back on the road to celebrate an anniversary (and birthday) at the Empire Control Room and Garage in Austin on Saturday, October 14th. Courtesy of Come and Take It Productions, who brought back ‘80s/’90s punkers Agent Orange, The Vandals, and The Queers earlier this year (QRO review), the Insane Clown Posse’s ‘The Great Milenko 20th Anniversary Tour’ was an opportunity for Juggalos and Juggalettes to paint their faces and get weird at the same time as the more mainstream Austin City Limits Festival was taking place across town (QRO recap).

Pulling up to the hip-hop and electronic music venue with a trailer full of Faygo pop, the Insane Clown Posse’s dark carnival of performers featured R.A. The Rugged Man, Lyte, and Ouija among others, and included a merch table sideshow like no other with tons of ICP labeled gear and a fleece blanket with the Great Milenko joker placed in the center. Surprisingly released by Disney back in 1997, the Great Milenko hip-hop horrorcore album caused quite a stir when it came out. What seemed like a hip-hop duo destined for the dustbin of history, Shaggy 2 Dope and Violent J have fostered a following, er, movement with the annual Gathering of the Juggalos festival, and Juggalo March on Washington, D.C. last month where they proclaimed they were many things, except racist. 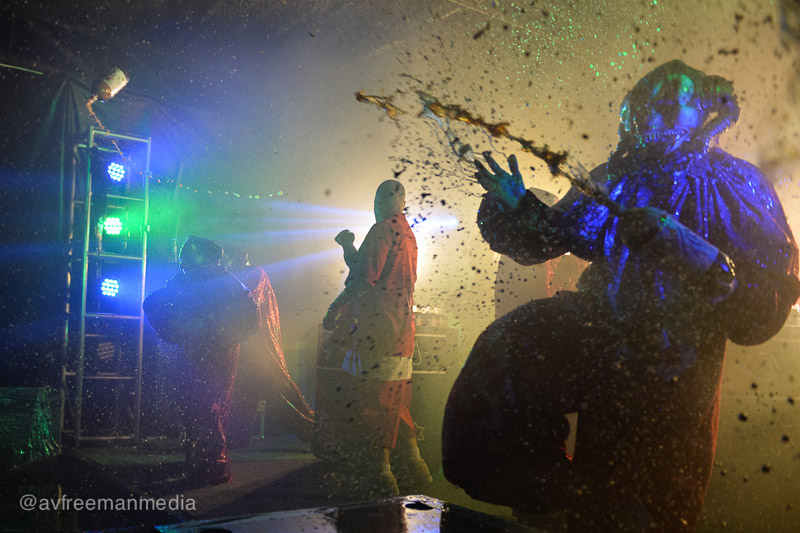 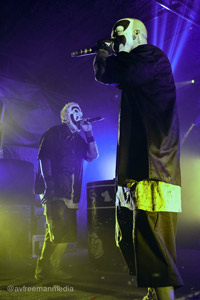 The sound of whoop whoops and chants of “ICP, ICP, ICP,” welcomed the hip-hop duo as Violent J took the stage first with fresh white and black evil clown make-up. Walking around a stage that featured a large Great Milenko backdrop and two circus barrels filled with two liters of Faygo, Violent J began singing the lyrics to “Great Milenko”, the second track of the album of the same name, which ICP performed in its entirety. Soon joined by a face-painted Shaggy 2 Dope, the baptism began as other clowns joined the stage and showered Faygo over the crowd nonstop for what seemed like ten minutes. Moving through their evil circus raps, the duo had the fans enthralled by their one-two verbal punches, along with bass so deep it was rattling the stage.

Roadies began carting in case after case of pop as the band got deep into the set. During “What is a Juggalo,” the crowd-directed Faygo assault turned in on itself with ICP throwing unopened bottles of soda into the audience that led to an orgy of high-fructose explosions. Before ending the set, the music stopped as Violent J paid tribute to his partner – it turned out that October 14th is Shaggy 2 Dope’s birthday. He guided the crowd in a raucous version of “Happy Birthday”, before revealing a set of birthday presents that Shaggy could pick from, including a jumbo plush unicorn, a wubble bubble, and number of Star Wars-themed items. True to form, Shaggy threw the items out into the crowd before selecting a two-foot-tall R2D2 to take back on the tour bus. The Psychopathic Records carnival continues to the southeast before heading up to New York. 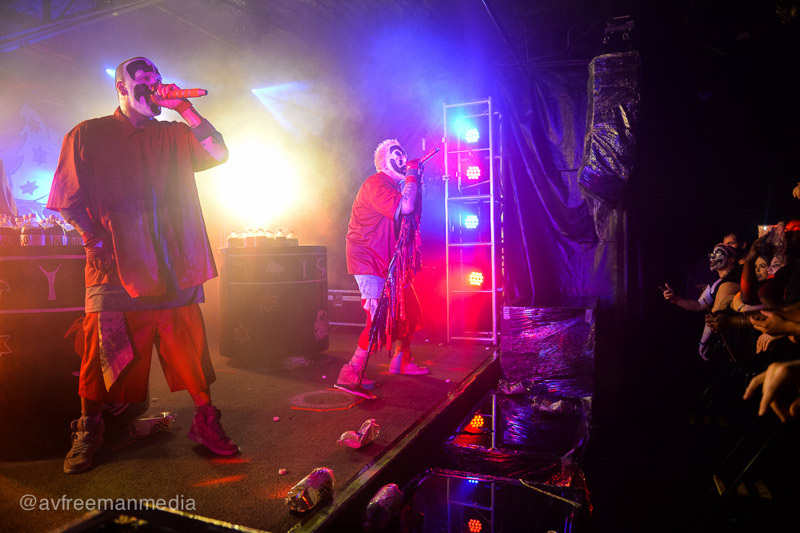