The crowd screamed as Jessie J enters the stage at O2 Academy in Leeds the night before Halloween. ... 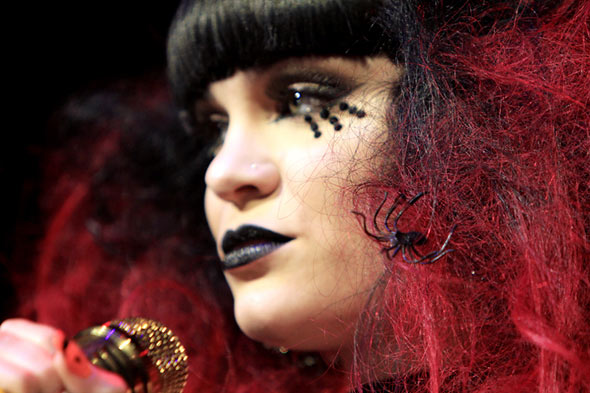 Click here for photos of Jessie J at Webster Hall in New York, NY on April 29th, 2015 in the QRO Concert Photo Gallery

The crowd screamed as Jessie J enters the stage at O2 Academy in Leeds on Sunday, October 30th.  She sat herself firmly on a small chair as the sounds of a jewelry box filled the air.  The haunting sounds matched the Halloween vibe, as the stage was filled with balloons pumpkins and ghouls.  Jessie J was dressed to impress in a tightly-fitted flesh-coloured outfit, and certainly looked the Halloween part, with her mouth painted in jet-black lipstick, thick eyeliner and a face covered in jewels – even the occasional spider had been placed within Jessie’s red locks of hair. 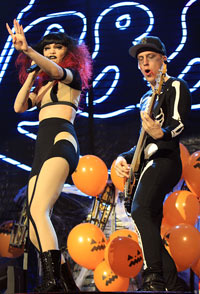 With the piano notes dominating the stage Jessie began to sing “Big White Room”.  The atmosphere was intense.  Rows of young teenage screaming girls chanted out her name.  She interacted with the crowd, and they sang along, “I’m going crazy / Out of my mind.”  Another song that went down very well was “Who’s Laughing”.  Jessie screamed, “Let me hear you sing!” as she danced on stage with a skeleton guitarist.

It was an amazing night from Jessie J.  She had great interaction with the crowd, even saying, “See ya later,” to the photographers as they marched off from the pit after the third song.