Prior to their headlining performance at Lollapalooz, Jungle lit up the intimate Park West ballroom with a performance that brought the boogie.... 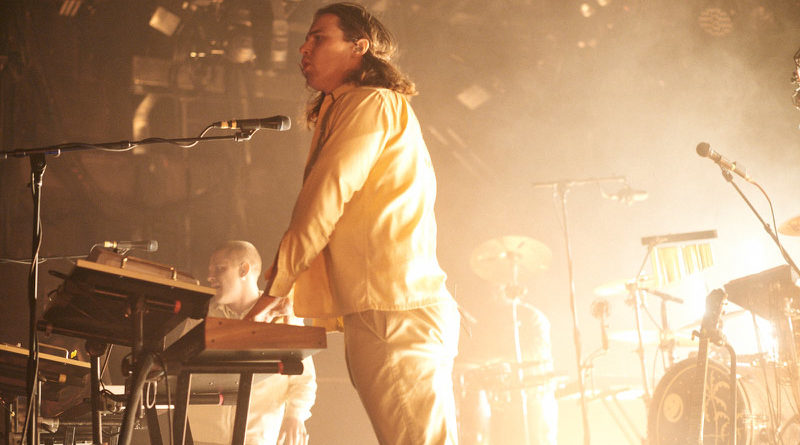 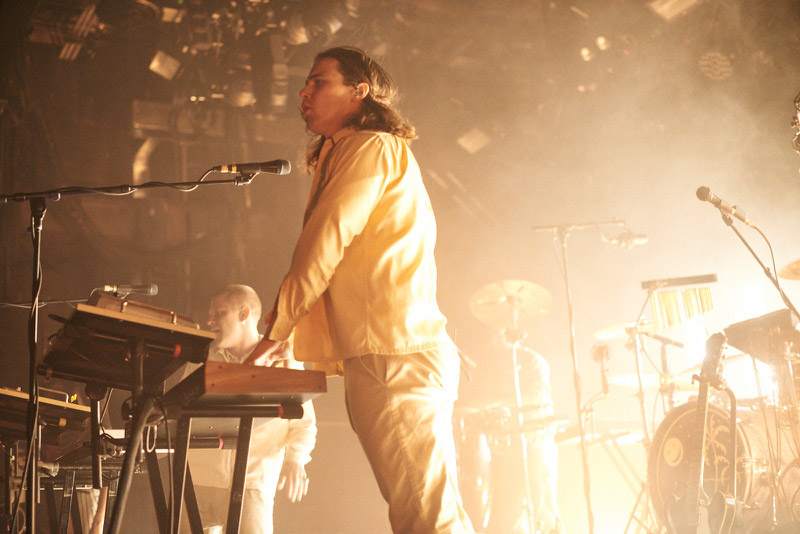 Along with all the action happening at Grant Park during the four days of Lollapalooza (QRO preview), there are a slew of after shows at over 20 venues around the Windy City. Prior to their Friday headlining performance on the American Eagle Stage, Jungle lit up the intimate Park West ballroom on August 2nd with a performance that brought the boogie.

Kicking off the grooves was international indie pop group Superorganism decked out in colorful rain jackets and led by the diminutive Orono Noguchi. Their artsy set, complete with hilarious videos of sea creatures and land animals chopped and screwed on a projection screen, greeted worn out festivalgoers as they began to fill the auditorium. The band closed out their set with “Something For Your M.I.N.D.” from their 2018 self-titled debut album, a catchy synth tune with Noguchi’s tripped out yet sweet vocals.

Click here for photos of Jungle at 2018 Austin City Limits Festival in Austin, TX in the QRO Concert Photo Gallery

Click here for photos of Jungle at Brooklyn Steel in Brooklyn, NY on June 18th, 2018 in the QRO Concert Photo Gallery

Click here for photos of Jungle at 2015 NOS Primavera Sound in Oporto, Portugal in the QRO Concert Photo Gallery

Click here for photos of Jungle at SXSW 2014 in Austin, TX in the QRO Concert Photo Gallery

The British neo-soul collective Jungle, led by childhood friends Tom McFarland and Josh Lloyd-Watson, have only put out one album in the past four years, but the seven-piece is known for throwing down the jams in their live performances. The wide-mouthed falsetto singers, backed by two back-up singers, double percussionists, and one guitarist, electrified the 900-capacity former vaudeville theater. Featuring a distorted vocal intro, the band kicked off the night with tribal double drumming and the signature high voices of McFarland and Lloyd-Watson on the new song “Smile”, from their yet-to-be-released album For Ever. Heads were bopping and the tired festivalgoers rose to the occasion, tapping their reserves with a straight up dance party as soon as Jungle hit the stage, a little past midnight.

It came as no surprise that the band would perform three-quarters of the tracks from their self-titled debut album, solid dance tunes with a lot of emotion such as “Julia”, with its synthy grooves and “Platoon” with the catchy woo-woos. What was surprising is how deeply the went into their new material. With five new songs, the fans were in for a sneak peak of the album For Ever that is set to be release in mid-September. In fact, despite playing a string of dates in the spring including Coachella, tonight’s show was live debut of their hot new hit “Heavy, California”. The track buzzes with a retro beach vibe that can’t help but make you happy.

For those wanting to hear classic Jungle tunes, the band saved the best for last by closing their set with and extended version of “Busy Earnin’” before their encore of “Time” that nearly set Park West on fire with its disco flare. Jungle performed at Lollapalooza the next day before dates in Europe, and will then return to the U.S. west coast in September before a highly anticipated performance at Austin City Limit Festival in October.