<img src="https://www.qromag.com/wp-content/uploads/2012/07/le1fjul26.jpg" alt="LE1F : Live" />Early arriving scenesters were largely spared from the rain at the latest installment of the Hester Nights performance series with LE1F. ... 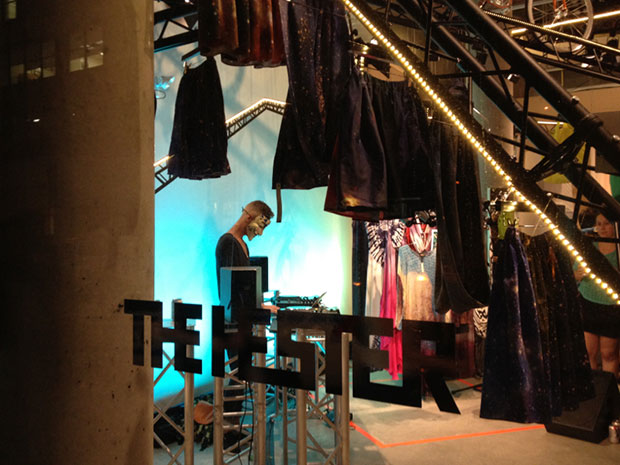 Click here for photos of Le1f at CMJ 2012 in New York, NY in the QRO Concert Photo Gallery

Early arriving scenesters were largely spared from the rain at the latest installment of the “Hester Nights” performance series at the Chelsea storefront on Thursday, July 26th.  Billed as “an Olympic party,” marijuana-themed sports gear and designer beach towels were strewn about with price tags glistening under fluorescent lights.  The shopping experience was almost surreally rounded out by a DJ set from eternally masked U.K. producer Zomby, a.k.a. the man who coined the term “post-dubstep.”  The set was bass heavy with a hip-hop lean and a few front and center revelers got the dance party started. 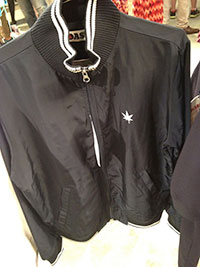 Those in the back enjoyed perfume samples and a floating cactus display over free Pabst and wine with bao galore. It was hard not to feel spoiled as we waited for the latest addition to the booming NYC avant-garde hip-hop scene to take the floor.

Right at the 8pm mark Zomby swapped spots with DJ 5kinAndBone5 and with little fanfare or introduction LE1F (real name: Khalif Diouf) jumped right into his repertoire.  Maybe it’s his lightning quick delivery, maybe he had too many free samples beforehand, but it took all of ten seconds for the microphone hero to start pouring sweat.  If you hadn’t seen him chilling in the venue prior to the show you would have thought he had just came in from the tempest outside.  The sweat did nothing to slow down his flow though as tracks like “Mind Body”, “Fresh (Dark York)”, and “ΩΩΩ”, came pouring out of the Brooklyn MC.  He did 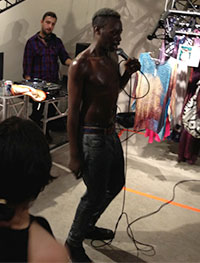 take one brief moment to chill out and state the obvious, blurting out that, “It’s kinda nasty in here for it not really being nighttime.”  He then stripped off his mesh top and started letting out vocal shrieks that sounded like a cross between a RuPaul squeal and pterodactyl’s cry.

And the crowd was with him the whole way, racks on racks on racks of designer clothing in the middle of the dance floor did little to stop the merriment and most of those in attendance gave the performance their best effort, especially when the DJ flipped on the “Rack City” beat which flowed seamlessly with LE1F’s punchy, fast-rap styles. The set lasted for about 45 minutes total and closed with a spirited performance of the hit single and YouTube sensation “Wut”.  Then with rarely observed coordination, 5kinAndBone5 – who also makes LE1F’s beats – passed the baton to the boys of Lemonade.  Afterwards LE1F could be seen mingling with an exhilarated crowd only slightly weighed down by pork belly and rosé. 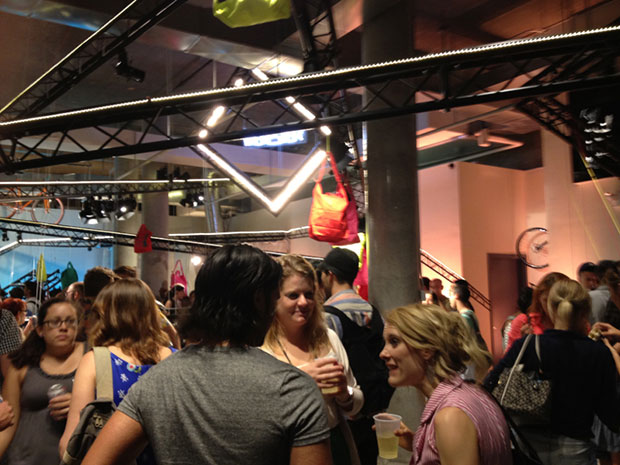