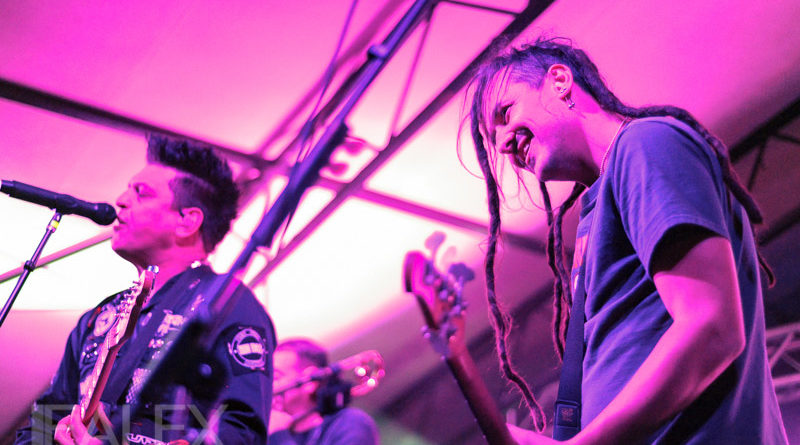 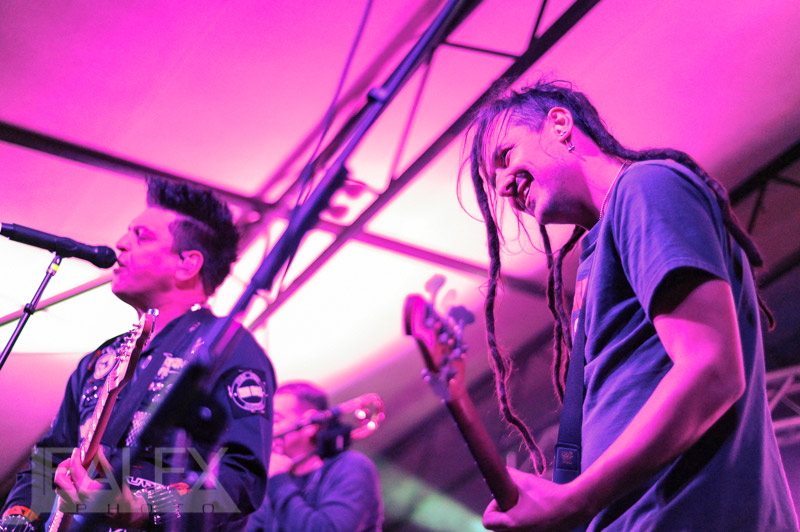 It may be the first few weeks of 2017, but the 1990s are alive and well in Austin, Texas. Packing the house at The Mohawk on a Sunday night, January 22nd, Pepper and Less Than Jake reminded everyone that grunge wasn’t the only genre during the Clinton-era to catapult musicians into stardom. Is it ska and dub’s turn for a fourth wave? It sure looked like it at this all ages show, where shoes went flying, fists were pumping, and fans got airborne like in the old days. The only thing missing from tonight’s performance was enough empty floor space to get a proper skank going.

It should be no surprise that Pepper and Less Than Jake would find themselves on tour together; after all producer Steve Kravac has worked with both bands over the years. 2017 brings Pepper to tour their most recent album Ohana (which translates to “family” in Hawaiian culture). 2017 also brings the 10-year anniversary of Pepper’s minor label debut, No Shame, which was produced by Butthole Surfer guitarist (and current Austin resident) Paul Leary, who happened to be present at the show and got a shout-out from lead vocalist/bass player Bret Bollinger during their set. No Shame has been re-released on vinyl as of last October and is now available at record stores nationwide as well as online at their merch store. 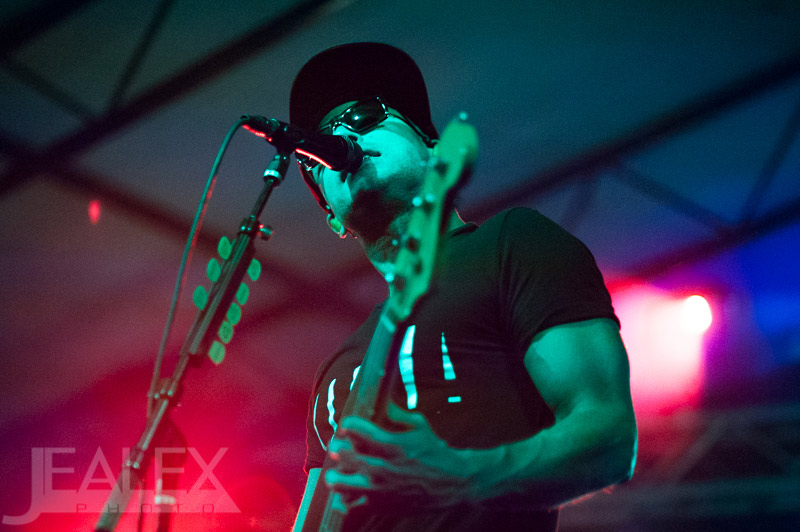 Click here for photos of Pepper from Concord Pavilion in Concord, CA on July 18th, 2015 in the QRO Concert Photo Gallery

Click here for photos of Pepper from 2011 Vans Warped Tour in San Antonio, TX in the QRO Concert Photo Gallery

Always quick-witted and full of banter both on stage and on their albums, Pepper kept the energy high throughout their set, mentioning how stoned the Austin crowd was able to get in the first two songs and also giving props to the diverse crowd of fans packed into the standing room-only outdoor venue. “It’s a new year and I want to hear everyone scream and just let go.” After the energy of the crowd continued to crescendo up and through their final song, Bollinger and vocalist/guitarist Kaleo Wassman thanked everyone for coming out for “love,” which left everyone smiling and reveling in the incredible performance that Pepper just threw down on Austin.

From talking to fans, it was clear that Pepper was the reason many folks came out to the Mohawk on a school night. Those that stayed for the harder ska punk sounds of Gainesville, Florida’s Less Than Jake were in for a treat. Forming nearly 25 years ago, these third wave ska pioneers chose the great state of Texas to begin their tour ahead of the February 3 release of their new EP Sound the Alarm on indie label Pure Noise Records. Kicking off their set with horns blazing on “All My Best Friends Are Metalheads” from 1998’s Hello Rockview and “Sugar In Your Gas Tank” from their first major release Losing Streak in 1996, the quintet quickly won over the crowd with their onstage antics – at one point shooting toilet paper rolls at the crowd from a pimped-out leaf blower. 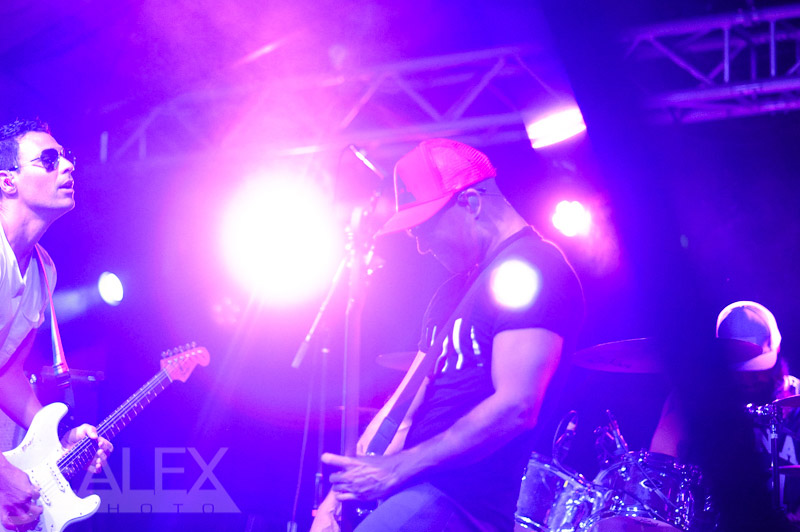 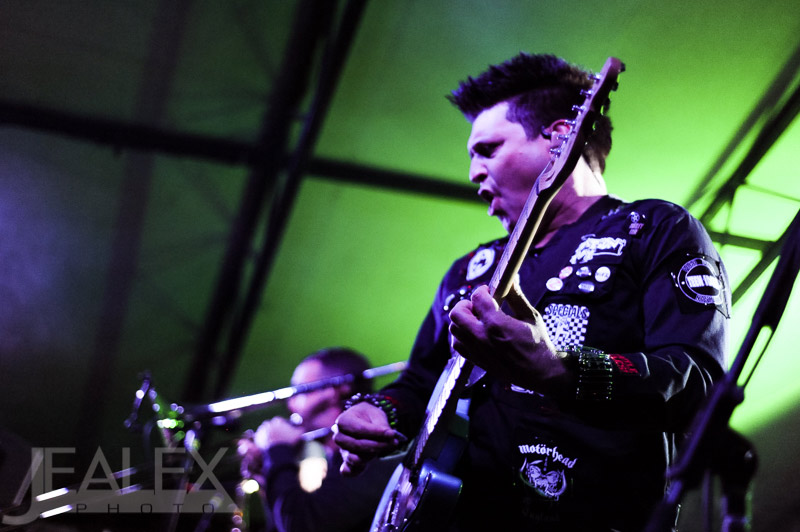 Click here for photos of Less Than Jake from 2014 Vans Warped Tour in Mountain View, CA in the QRO Concert Photo Gallery

Click here for photos of Less Than Jake from 2011 Vans Warped Tour in San Antonio, TX in the QRO Concert Photo Gallery

Click here for photos of Less Than Jake from 2009 Vans Warped Tour in Uniondale, NY in the QRO Concert Photo Gallery

Click here for photos of Less Than Jake from Crazy Donkey in Farmingdale, NY on September 30th, 2008 in the QRO Concert Photo Gallery

Click here for QRO’s interview with Less Than Jake

With 13 songs plus an encore, Less Than Jake bounced around from album to album with fan favorites “Johnny Quest Thinks We’re a Sellouts” from 1995’s Pezcore and “Dopeman” from Losing Streak causing a couple fans in the audience to lose their shit and catch some air crowdsurfing back and forth in front of the stage. In the middle of their set, charismatic frontman Chris Demakes stopped for a little self-deprecating humor, saying he knows that they are all old guys now and at quipping that at one point they were ranked the second worst band of the 1990s behind Smashmouth. Under a shower of confetti, Less Than Jake brought the crowd in to the early aughts by closing out their set with “The Science of Selling Yourself Short” and “The Ghosts of Me and You” from 2003’s album Anthem.

Fans can check out Less Than Jake’s new release “Things Change” from upcoming EP Sound the Alarm on Spotify, preorder the album on their website, or catch them live on one of their tour dates as they make their way out west with Pepper before heading to the east coast and then down to Florida at the end of February. 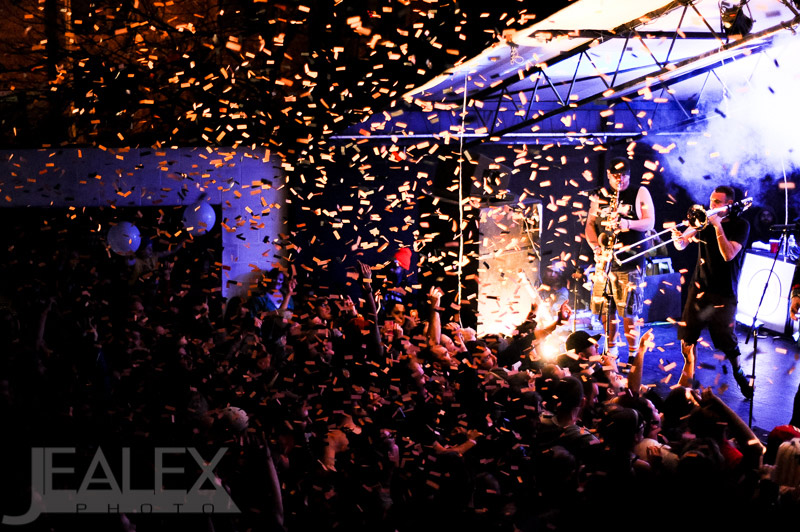 Landlady – The World Is a Loud Place