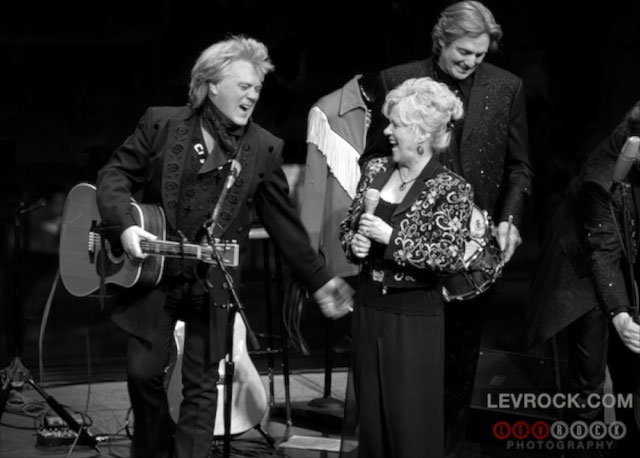 Stuart was a master storyteller, telling how he was twelve when he first saw Smith perform.  He wore yellow to the show so she’d notice him and predicted his future.  “I told my mama, ‘When I grow up I’m going to marry Connie Smith.’  It took me 25 years but I did it!”  They then went into “I Met My Baby at the Choctaw Fair”.

Later, Smith sang a devastating version of “Ain’t You Even Gonna Cry” by Johnny Russell:

I can’t say where I’ll be going to
Just someplace to get away from you
All this hurt and pain you put me thru
And I know I won’t be missed by you
You may never see me anymore,
Ain’t you even gonna cry?

I wasn’t familiar with Russell, so I researched him; he wrote the song “Act Naturally” which was a hit for Buck Owens.  The Beatles, Jerry Garcia, Dolly Parton, Emmylou Harris, and Linda Ronstadt have covered his songs. 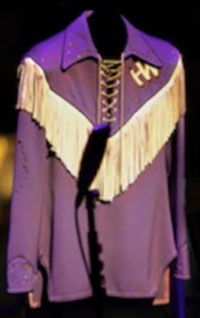 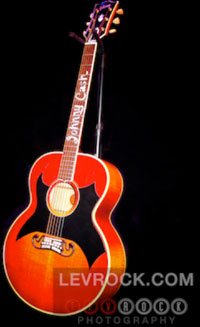 Stuart brought these four items from his 20,000-item collection of music memorabilia:

They then decided to play some surf music that was not on the set list and Stuart asked guitarist Kenny Vaughan a question:

Marty: What key?
Kenny: D!
Marty: D what?
Kenny: D like the deli I was at today.

Ending the 75-minute set, Stuart concluded with a cover of Tom Petty’s “Runnin’ Down a Dream”.

Stuart articulated how powerful music can be: “A song is like a magic carpet – it takes you wherever you want to go.”

To see how music can provide joy for people with Alzheimer’s, please check out Music & Memory. 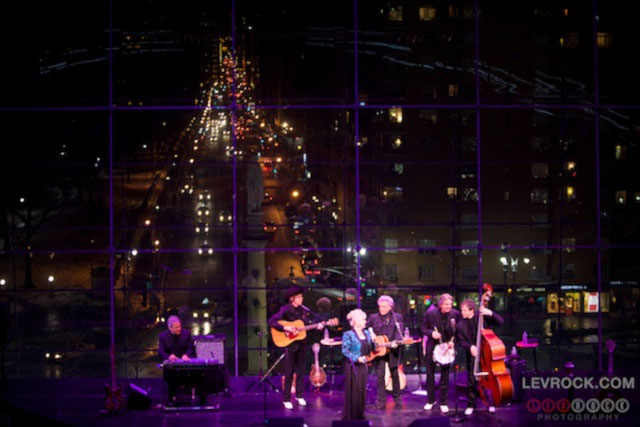 Maxïmo Park – Too Much Information