!!! brought a few hundred fans out on school night to boogie down to their dark disco grooves.... 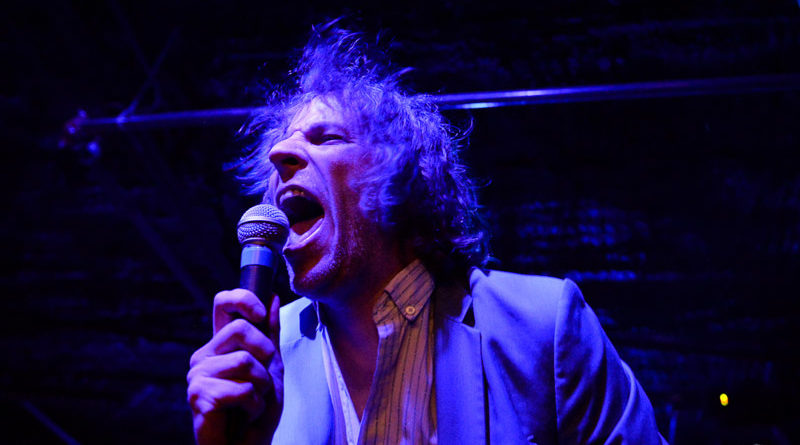 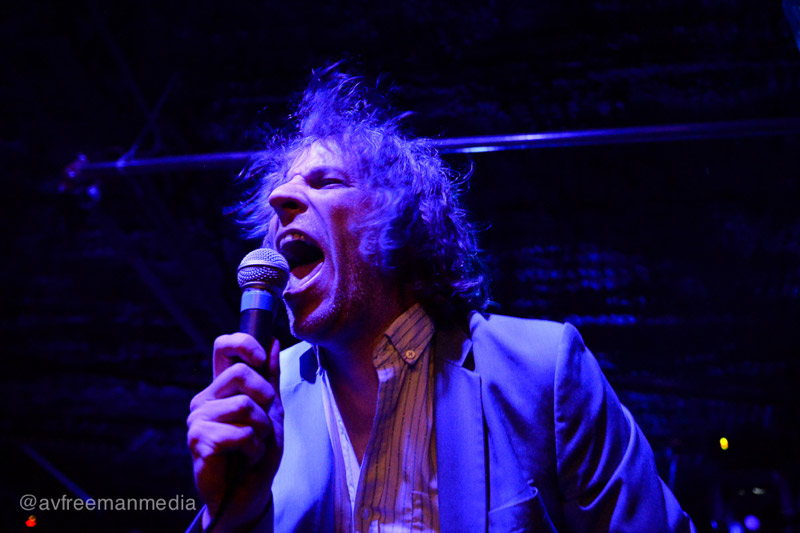 While UTOPiAfest officially closed out its ninth year on Sunday, September 24th, a slew of after-parties across Texas kept the momentum going. First up was !!! at Empire Control Room in Austin on Monday, with opener Algiers. As a former headliner at UTOPiAfest in 2013 with a large following in Austin, !!! brought a few hundred fans out on school night to boogie down to their dark disco grooves. 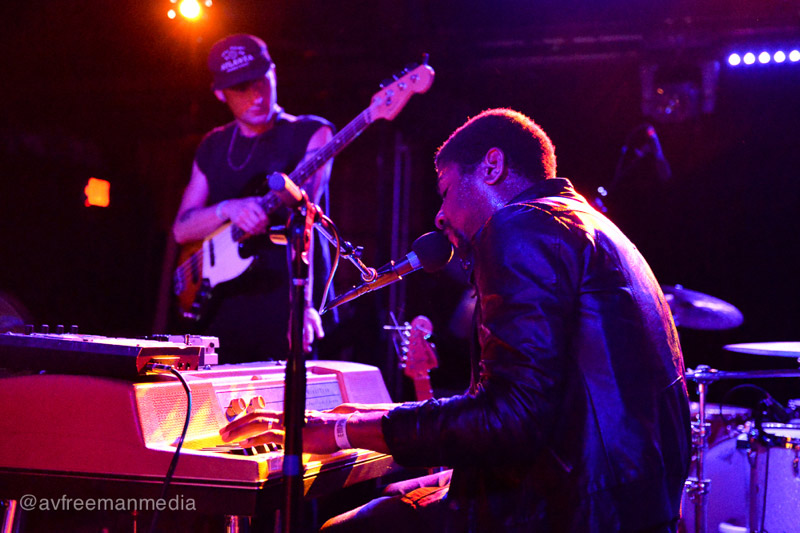 First up was Atlanta-based experimental rock band Algiers, performing in support of this year’s release The Underside of Power, a politically themed album created during the volatility of both the Brexit vote and Trump election, which can be described as a punk with a dash of gospel and blues. Fronted by vocalist/keyboardist/guitarist Franklin James Fisher, the threesome recently added former Bloc Party drummer Matt Tong for the album and subsequent tour. Clad in a black leather jacket and jeans, Fisher bounced from instrument to instrument during their performance, at times grabbing the microphone and dropping to his knees as he belted out tunes such as “Cry of the Martyrs” and “Cleveland” that showcased his vocal range over fast paced industrial-sounding driving rhythms. Fisher’s showmanship was the perfect set up for !!!, a band known for their high-energy live shows. 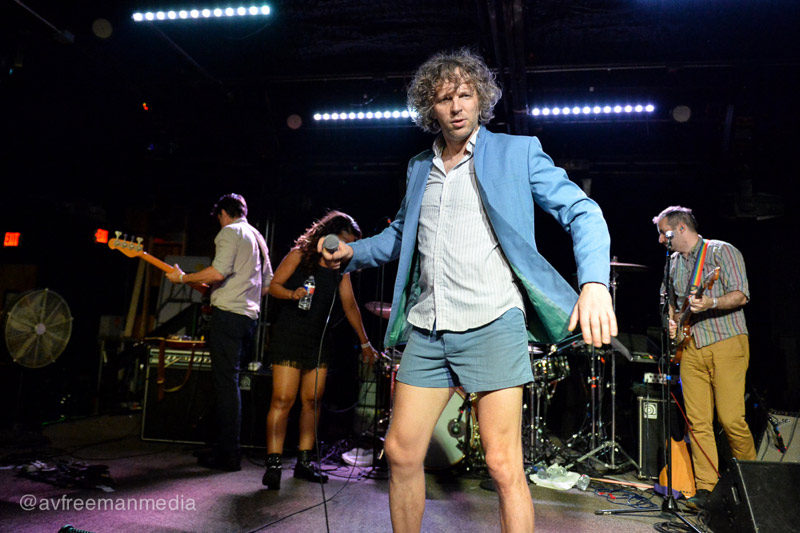 With nearly two decades under their belts, the Nic Offer-fronted !!! continue to refine their punky dance grooves with their latest release Shake The Shudder (QRO review). Outfitted in a powder blue denim blazer with matching shorts, Offer (QRO interview) wasted no time shimmying back and forth on stage and jumping up on stacks of speakers singing as the tempo of the soulful new song “NRGQ” began to build up. The stage couldn’t contain the boundless energy of Offer as he jumped into the crowd to show off his signature dance moves during “One Girl/One Boy” from 2013’s hit album THR!!!ER (QRO review). 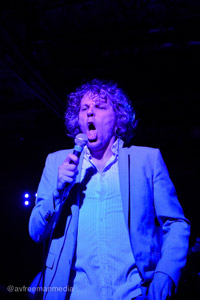 Towards the middle of the set, the heavy humid Austin air began to effect Offer as he stopped and quipped, “There’s one bead of sweat traveling down the middle of my ass crack.” While the fans were receptive to their new material, became ecstatic as !!! closed with the sinewy basslines of the dark surreal disco tune “Slyd” from THR!!!ER. Kicking off in Albany, New York, on September 12th, the tour moves throughout Texas and then to the west coast before landing in Portugal in mid-October for a month of European dates. A series of UTOPiAfest after parties also continues in Texas with Les Hay Babies, The Mike Dillon Band, Golden Dawn Arkestra, and Brownout! performing at venues in Austin, Houston, and San Antonio. 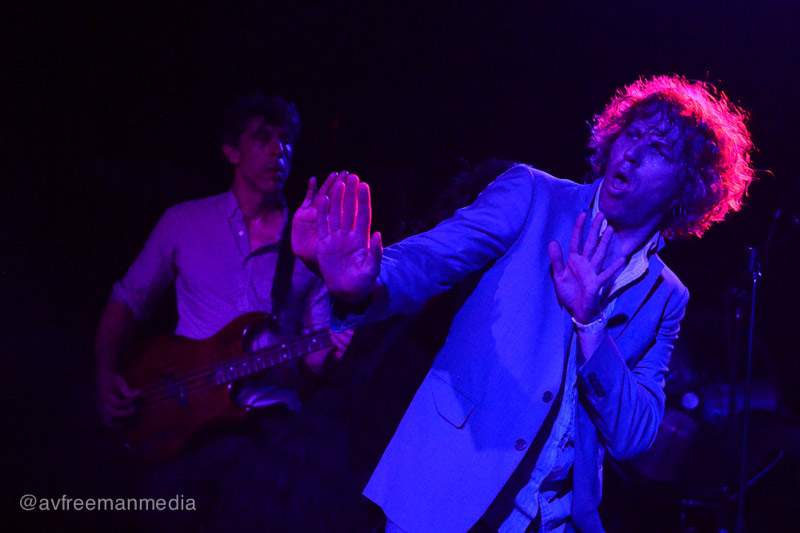