The one & only Radiohead headlined Friday at Lollapalooza....

Rain again threatened on Day Two of Lollapalooza, but it only fell a bit. Indeed, there was a major storm front headed directly to Chicago that people were watching on their phones in trepidation – but thankfully it just missed Grant Park. 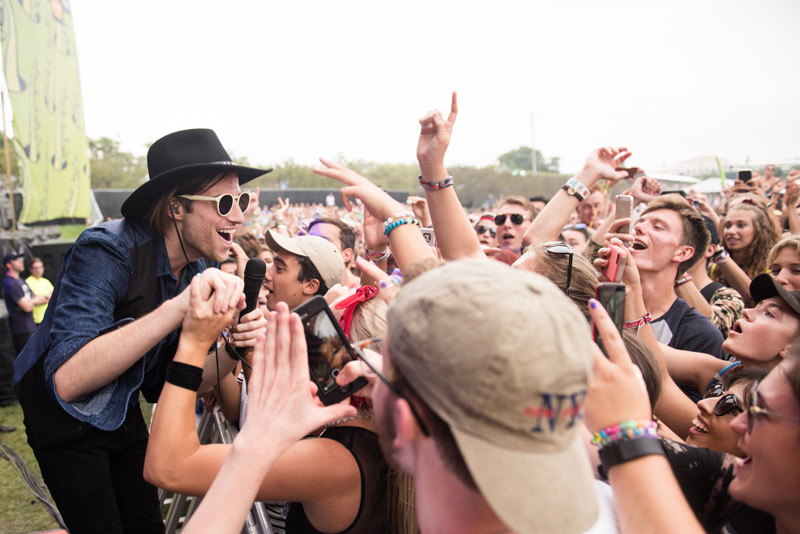 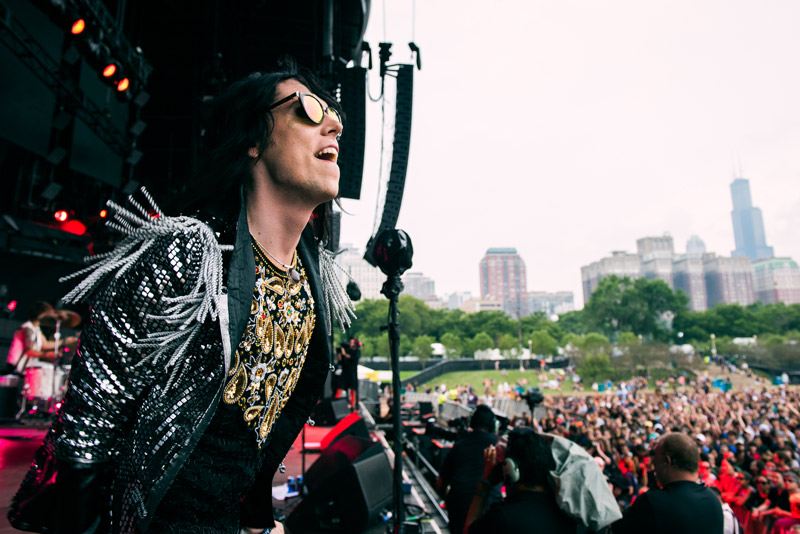 Despite, or perhaps because of the gloomy skies, ‘energetic’ was the word of the day early on Friday. Saint Motel was upbeat and energetic on the Lake Shore Stage, while Modern Baseball brought energetic pop-punk to the Petrillo Bandshell. The Struts were doing just that on the Samsung Galaxy Stage, a ‘70s throwback mugging for the crowds & the cameras. Back on the Lake Shore Stage, MØ brought energetic diva-electronica, even as it rained. 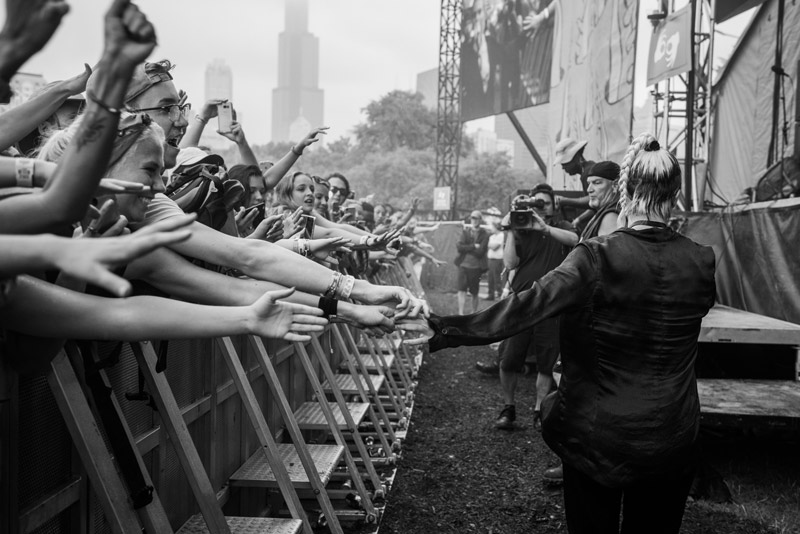 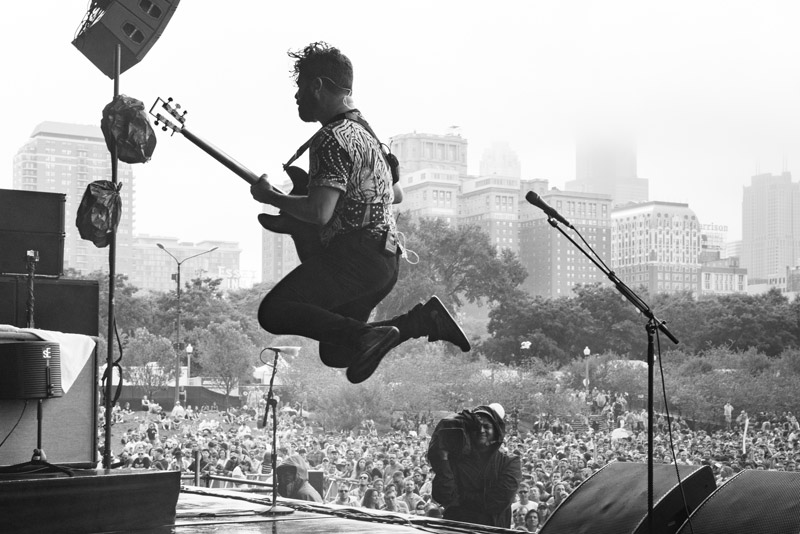 Foals called it “English weather,” and they were not wrong. However, they were energetic themselves on the Samsung Galaxy Stage, with a brighter uplift despite/because of the skies. While they hewed toward indie-rock, there were also some decidedly guitar-rock stadium moments on the main stage, as well as singer/guitarist Yannis Philippakis going into the photo pit for their closer. 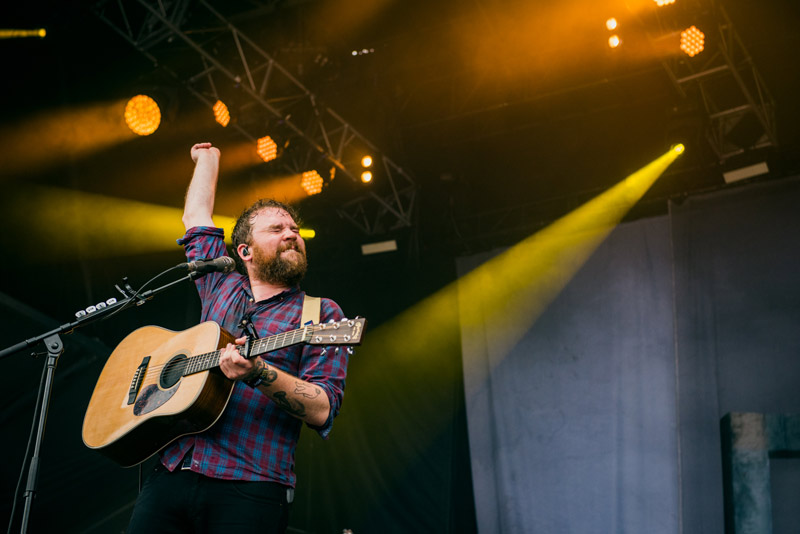 From the land of even cloudier skies, Frightened Rabbit’s sound might go towards the tragic, but live the Scots introduce the tragedy, yet then carry the crowd into the uplift. They’re also very funny with their between-song banter, like many Scottish acts. After applauding the folks in the crowd holding pool noodles, singer Scott Hutchison was surprised when he drank what he thought was going to be beer, but turned out to be water (sponsor/water supplier Deja Blue had water in blue cans that looked a lot like Bud Light cans). He mentioned this to the crowd, with which a fan shouted that maybe he just drank Bud Light, and Hutchison agreed, except, “Maybe I shouldn’t piss on the sponsors… They don’t book this.” At least they were at the Lake Shore Stage, and not the Bud Light Stage… 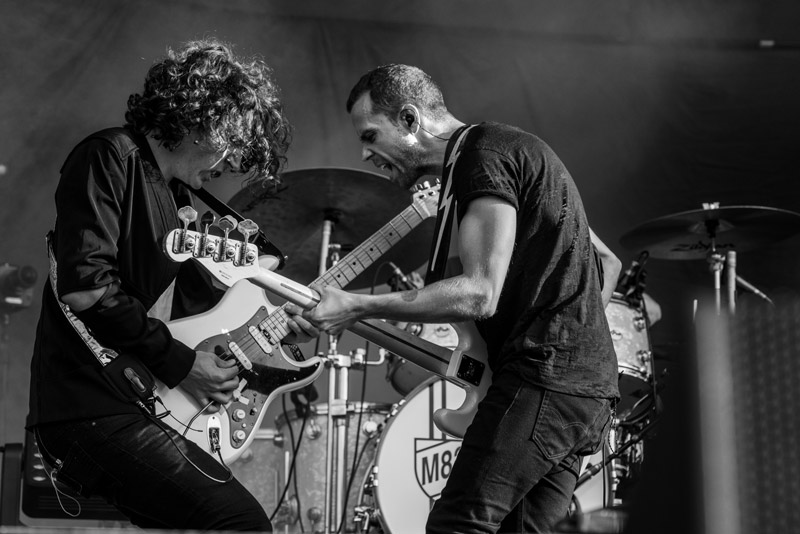 After the British weather for those two artists, the sun came out for France’s M83. It was kind of perfect for the glowing experience of the electronica maven. Following him on the Lake Shore Stage was Miike Snow, whose uplifting disco also delivered well as the skies cleared and Sol shined. 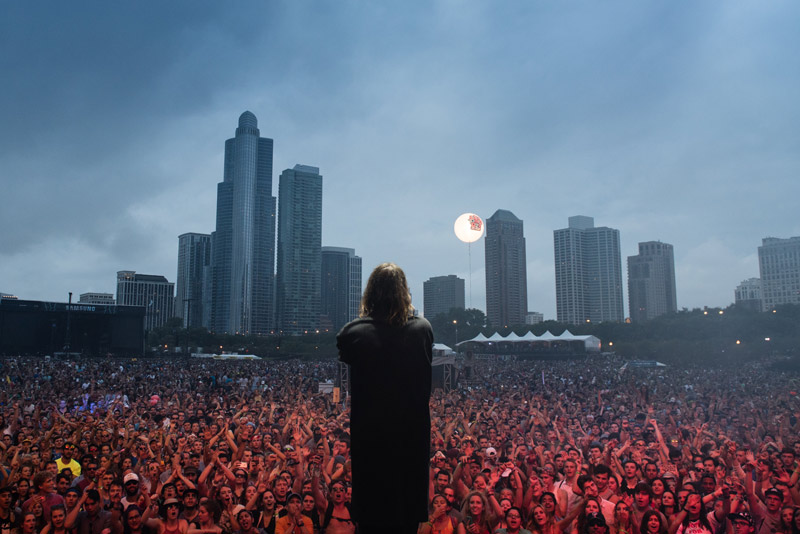 Meanwhile, it was hip-hop that occupied other stages at Lollapalooza. Mac Miller put on rhymes at Lake Shore Stage, and Future was such at Bud Light Stage (including a guest appearance by Chance the Rapper), while A$AP Ferg repped the A$AP Mob on Pepsi Stage. 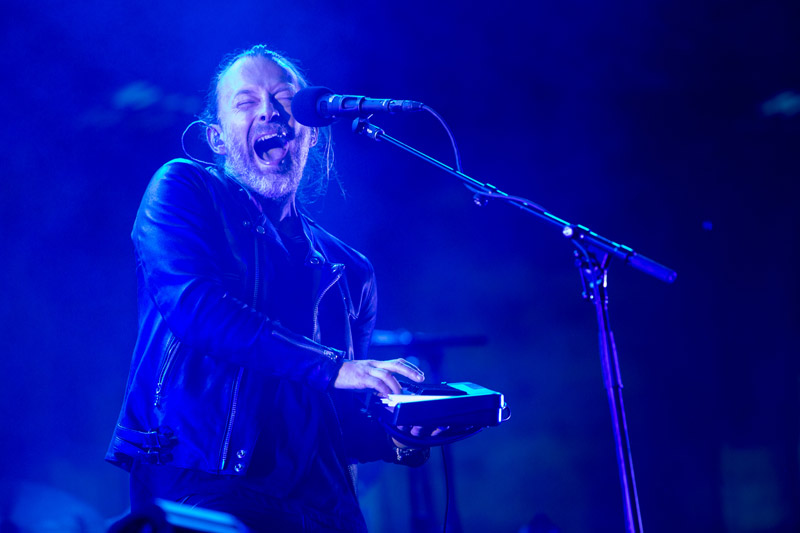 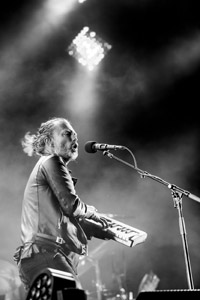 But you could argue that everything on Friday was just presaging the one, the only, the Radiohead. Of course there was an absolutely massive crowd, extending all the way from the Samsung Galaxy Stage back to the Lake Shore Stage opposite (even if some photographers only knew “Creep”…). They began with mostly new stuff from A Moon Shaped Pool (QRO review), but still had time early on for “My Iron Lung”, “No Surprises”, and “Pyramid Song”. They were actually a very appropriate act to headline the twenty-fifth anniversary of Lollapalooza, the biggest alternative music band in the world at the festival where ‘alternative music’ was coined. Of course, things are different these days, like Thom Yorke no longer looking like a geek uncomfortable in his own skin, but have been able to make it work. In addition to new material, there was also “Paranoid Android” (but no “Creep”), and the final encore return was “Street Spirit (Fade Out)” and “Karma Police”. 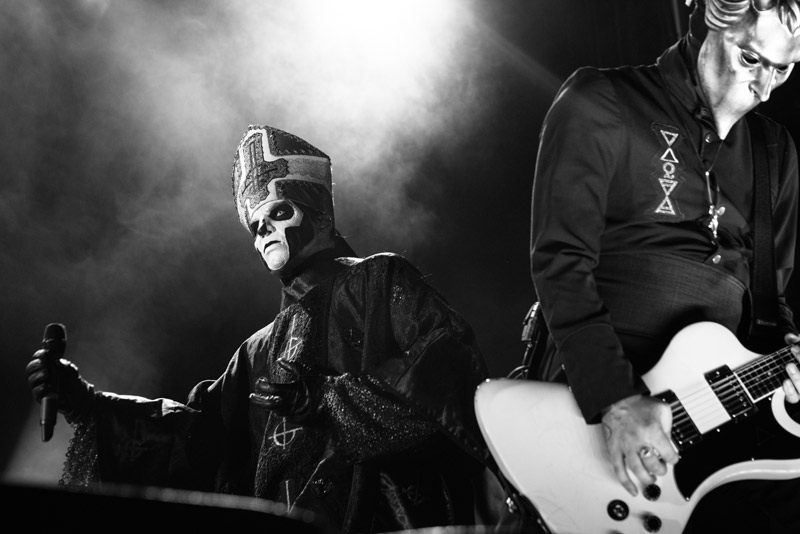 While Radiohead clearly dominated the night, one cannot forget Ghost terrifying audiences at the Pepsi Stage, just after doing the same in Middle America (QRO photos at 7 Flags in Iowa two days earlier). 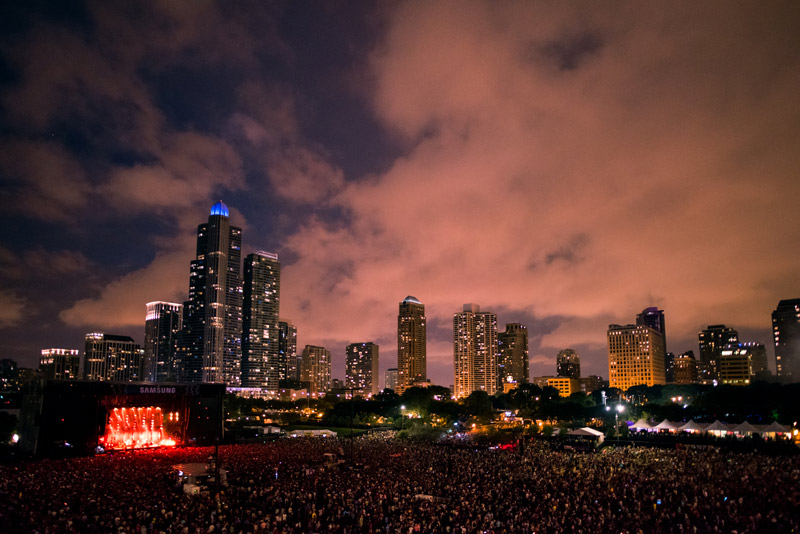