After two decades of playing the mournful blues preceded by a decade wallowing in the dirty grunge as part of the Screaming Trees, Mark Lanegan has created a body... 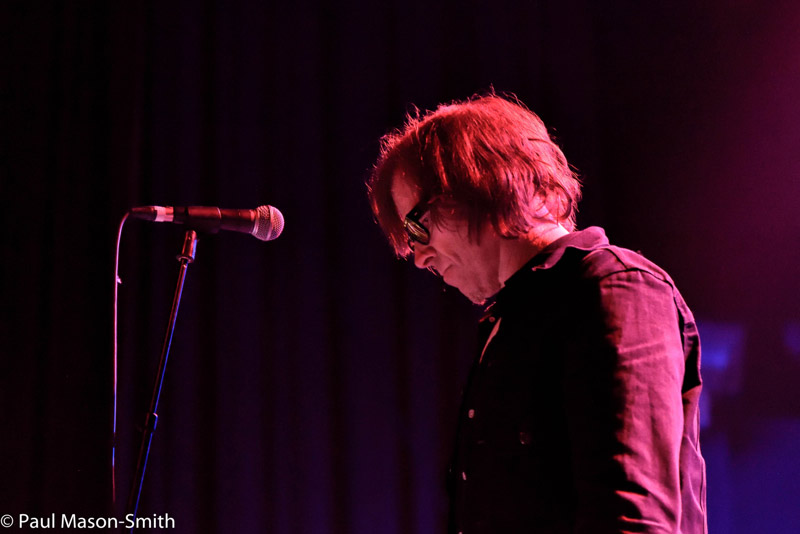 Click here for QRO’s review of Mark Lanegan at Leeds College of Music in Leeds, U.K. on November 3rd, 2013

Click here for photos of Mark Lanegan, with Isobel Campbell, at 2011 Latitude Festival in Southwold, U.K. in the QRO Concert Photo Gallery

After two decades of playing the mournful blues preceded by a decade wallowing in the dirty grunge as part of the Screaming Trees, Mark Lanegan has created a body of work that exists almost on a secular plane in its depth and spirituality. Comparisons are part of the rock critique and the closest and most obvious is without doubt Nick Cave. Both were lead singers in ground breaking bands of their particular era (Cave with Birthday Party), and both moved on to solo careers that have scoured the Deep South of the USA not only for the blues, but also for the religious imagery in the lyrics that the area conjures up. The glaringly obvious difference is that whereas Cave has always taken centre stage in all his releases, Lanegan has often been happy to lurk in the shadows as a baritone for hire, for the likes of Queens of the Stone Age and Soulsavers. Whereas Cave has his outlet of Grinderman for his yelping and hollering, Lanegan doesn’t seem to have totally cut loose since the epic tracks from the Dust album by the screaming trees, particularly “Dying Days”, whilst his work with Isobel Campbell is aurally akin to driving a race car with the brakes on and instead of the reek of fire and brimstone, all we pick up is the scent of burning rubber as the vocal restraint is applied. 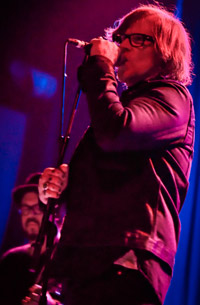 The extensive European Tour to promote the 2014 released album Phantom Radio was only three days old when it stopped off at the Ritz in Manchester on Friday, 23rd of January, appearing as the Mark Lanegan Band it was refreshing to see the spotlight fully focussed on the man himself. The album in question treads familiar ground lyrically (judgement, salvation, depravity and Lucifer), but the music is tinged with electronica, accompanied by a lighter glossier production than that is usually encountered in his solo work. The set was as minimalistic as possible without being overtly bleak, with little in the way of light show or audience communication, exemplified by the first five songs simply accompanied by Jeff Fielder on guitar. Almost all of the tracks on the new album were given an opportunity to live and breathe in front of an appreciative near capacity crowd at the Ritz, with Lanegan’s trademark viscous and vicious tones to the fore. Apart from the Soulsavers piece “Revival” and a Twilight Singers cover “Deepest Shade”, the focus was purely on his solo output and there was no sign of a token Screaming Trees track that has reared its raunchy head on other dates of this current tour. The Nick Cave comparisons become totally invalid when Lanegan is caught in the live setting, his vocals are a vibrant force that neither his antipodean nemesis nor any other current vocalist can get within a growl or a scream of. 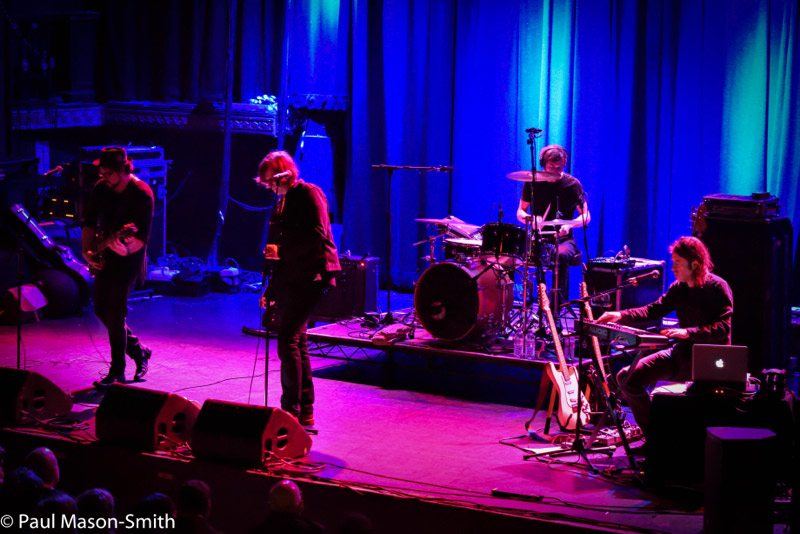