The mandolin and Lester Flatt brought Marty Stuart to Nashville in 1972 when he was 14 and making his name by fiat of his prodigious, born-in talent.... 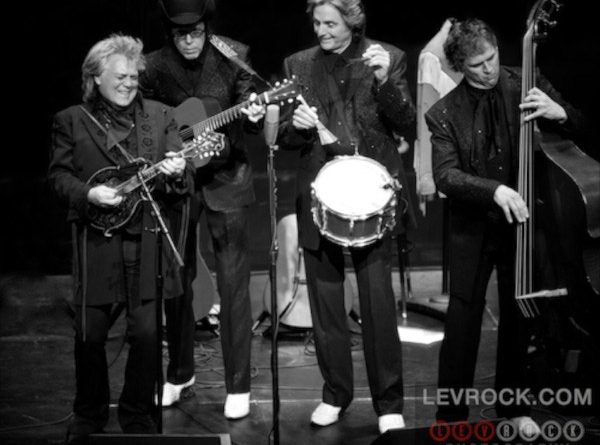 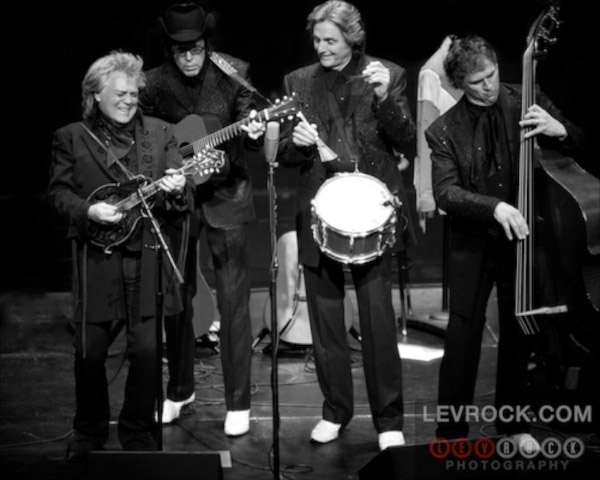 The mandolin and Lester Flatt brought Marty Stuart to Nashville in 1972 when he was 14 and making his name by fiat of his prodigious, born-in talent. An unswerving Tennessee fanbase and his traveling Pilgrim show brought him to The Walker Theatre in Chattanooga on Thursday, February 6th, and the lucky parcel of collected fans of the Fabulous Superlatives present that night got an elephant’s dose of definitional opposition to the trolls gallery otherwise comprising the country genre. What passes for country music today entails little more than the mawkish spit takes of a gaggle of insufferable poptimists, peddling calcified clichés to the interminable klatsch of embarrassing, hickish redundancy that is modern country radio. Anyone who has had the misfortune of inadvertently ear-encountering one of the backwards-baseball-cap-clad poster boys of “new country,” and suffered the subsequent immediate (and maybe even permanent) drop in IQ that accompanies even such a chance encounter, knows precisely of what I speak and knows why a chance to see Stuart is to be cherished like love letters from the one that got away.

Though his resume reads like a plutography of every golden god and Valkyrie ever to build the Bifrost between country music and the rest of the world, Stuart’s life and work bend much more toward a moving meditation on all that it means to be invisible, forsaken, undervalued, and overlooked. In his signature wardrobe of painted-on 501s, beaded Native American jackets, and neckerchief bandanas complementing a wayward coxcomb of echinated hair, he dresses like the ‘80s-rock/Porter Wagoner hybrid of Dolly Parton’s dreams. Be that as it may, it takes listening to less than half of one song to realize that, while his clothes may be gloriously calculated, his thinking is that of a vagabond and he writes like what might occur if Hunter S. Thompson met and shot whiskey with Sitting Bull. The best of his lyrical stories are forever told through the eyes and mouths of cormorants, Comanches, and rail-jumpers.

Taking a moment to explain his abiding love for and purposeful use of crows as somewhat of a contiguous telemetric force in his life, work, representational symbolism, and album imagery, he jubilantly told the crowd: “They are strange and weird birds, and they dress like Johnny Cash.” Enough said. Stuart shares more than the love of black clothing and the flagrant addiction to integrity with Cash. His spiritual kinship with and staunch support for Native Americans, evident in every move he makes both professionally and personally, might be his most important and reverence-inspiring connection to his former boss, the Man in Black.

Never was this on more mystic display than in his stenographic ode to the plight of the Lakota Sioux, 2005’s Badlands, from which he drew a somber tune or two for Chattanooga this night. Full of alkaline observations of the way the U.S. government unabashedly raped Lakota culture and left it to die a hopeless death in the squalor of the Pine Ridge reservation in South Dakota, Stuart’s fixation on that continuing terrestrial slaughter, and the need for its reintroduction into the national discourse, has informed his entire career.

Stuart writes albums in such a way as to allow the holistic experience of each song to prove that his white hat has never kept him out of the lowest corners of life. He is an excellent study in how the only way to house proper morals is to make sure you have waltzed with all their opposites. You get the sense his gunslinging standard would not be the billowing Old Glory of Buffalo Bill Cody, but another child prodigy of a wholly different kind of steel – Billy the Kid – a killer, yes, but also, like Stuart, a motley and relatable king.

Being that he fronts, man for man, the most musically accomplished band in the nation at present, Marty Stuart can give you a different show every night for a decade if he wants to. Based entirely around his 10th studio album of the same name, The Pilgrim show gave fans a sapid shot at hearing Stuart loot that castaway composition in a live setting, something The Pilgrim did not get much chance to provide back when it was new in 1999 and the charts treated it much like an unmarketable RPG of regret.

The Walker endowed this entire performance with a church-like atmosphere and saw the audience seated on actual velveteen pews. However, Stuart had no sermons to sling – only the vital message transparent in the music of a life lived spectacularly on the right side of grit and honor. Highlights included the transcendent “Hobo’s Prayer”, a panacea dedicated to all manner of lost souls as well as a reciprocal hard copy of Stuart’s entire value system, and “The Observations of a Crow”, wherein Stuart’s spirit animal shares witticisms about everything from paperboys to pussycat matrimony.

At one point Stuart told a story about an unexpected meeting with Ervin Rouse, the penman behind the legendary “Orange Blossom Special”, which could be argued is the designated national anthem of all formats of American country music and the most famous song about a train in the history of humankind. Stuart told of being at a bluegrass festival with Lester Flatt and Earl Scruggs (no big deal) and catching sight of a mismatched, vagrant-looking man in a “Seminole jacket and Bermuda shorts.” His flat-picking mentors explained to him that this eclectic fiddler was Rouse and Stuart begged to be introduced. Once he was, Rouse gave Stuart explicit advice to make music only from his heart’s truest desires if he hoped to be, “Alright in the music business.” Examining Stuart’s penchant for large-scale, deliberately commercially unviable, book-like concept albums with clear chapters connected by a single theme (generally to do with the trials of the downtrodden), it is safe to say that Stuart has piously followed through on that sage admonition.

A resplendent rendition of “Old Mexico” from 2017’s Way Out West represented one of several stunning departures from pure Pilgrim programming, but only served to enrich the lyrical leitmotifs surrounding tribal wanderers, dipole democracies, and the nature of othering – also, to highlight the fact that Stuart enjoys a higher harmonic understanding than the average human. He is one of Paul McCartney’s people – that species of singer that can simply play or sing anything. In a jaw-dropping feat of Americana zengineering, even the instruments on this tour tell a bifold story of Stuart and his entrenchment in Americana, in a dead language of course, for those apt to read it. The inimitable Kenny Vaughn plays his sparkling gold Telecaster that once belonged to none other than Buck Owens. Meanwhile, Marty wrings something equivalent to devotional jump-blues out of a 1941 Martin that used to hang at the hip of Johnny Cash himself.

If you only know him from the wild and valid popularity of The Marty Stuart Show on RFD-TV, you are not likely to find out that Stuart has become famous as a songwriter in large part for being able to observe something from every angle that nearly everyone else has willfully averted their eyes from out of either cowardice or some twisted sense of self-preservation. On television, he determinedly summons the old Grand Ole Opry – back when country music was synonymous with a level of showmanship, costume, and humor now lost to the extinction event that was Garth Brooks and the advent of helicopter headset honky-tonk that followed him.

With the glowing exceptions wrought by the outlaw-throwback magic of Chris Stapleton, the beastly technical ability of Brad Paisley, and the salubrious good taste of Keith Urban, country music is wanton to the quick at present, promoting via one identical factory-made song/automaton after another the very lazy mediocrity that erodes its grand legacy. Marty is none of your political pamphleteers for the faux homespun life. He is ruthlessly debonair, actively and earnestly engaged in the task of preserving the heirloom estate of the bluegrass/folk tradition, and ostensibly the last human demodulator left through which we can receive the original signal that was foundational country music in America. With the imminent opening of his Congress of Country Music, rightly advertised as “the largest private collection of country music artifacts in the world” and set to open in his hometown of Philadelphia, Mississippi by year’s end, his influence as a preservationist becomes measurable only in petabytes.

Above all things, you should catch Marty Stuart because he is a temporal interventionist. He is of that rarest breed of individual that can bend time – in this case through the prism of a song – and allow you to see another way and another life otherwise decayed from memory. Here is a man who has feasted, by invitation, at the table of every legendary American bluegrass, country, or folk musician who ever took a swipe at the world and changed the shape of its face for a second. Part hippie, part Choctaw, part troubadour, part hobo, and full-blooded virtuoso, he makes quotidian labor into something generative and eschews the mangy amulets of the conventional country topos in favor of creating a sound and character that feels shot by a Rolleiflex. You are scandalously robbing yourself if you miss this Pilgrim’s progress.