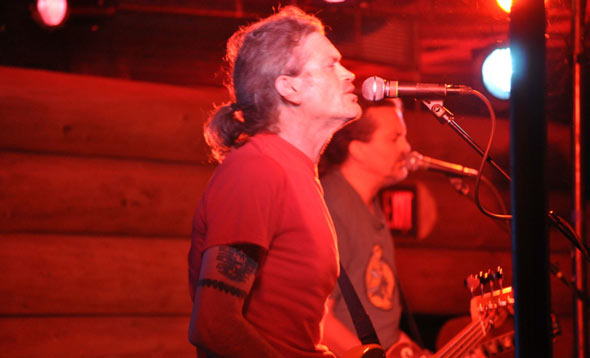 Click here for photos of Meat Puppets at The Bishop in Bloomington, IN on April 9th, 2013 in the QRO Concert Photo Gallery

Click here for photos of Meat Puppets at Simon Estes Amphitheater in Des Moines, IA on May 4th, 2011 in the QRO Concert Photo Gallery

Click here for photos of Meat Puppets at CMJ 2007 in New York, NY in the QRO Concert Photo Galleryy

The reinvigorated Meat Puppets, with brothers Curt and Cris Kirkwood, brought their Lollipop tour to Doug Fir Lounge in Portland, OR on June 22nd.  Lollipop (QRO review) is the third album for the band with Cris back in the fold after an arduous twelve-year absence due to drug battles and incarceration.  Much has been written about his struggles, but it needs to be pointed out how far he’s come after literally being at death’s door from heroin abuse.  And it showed, that after a few years of getting back to living life and playing music again, Cris is back and not taking anything for granted.  Truly a resurrection of a life on the brink. 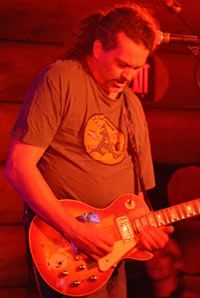 The band opened with “I’m a Mindless Idiot” and “Plateau” from 1984’s classic II album, which got the crowd into it quickly.  This audience was very familiar with the band’s discography and cheered loudly for new track “The Monkey and the Snake” from Lollipop, even whistling along with Curt.  “Up on the Sun” followed and the faithful were transported back to the eponymous sun-baked 1985 album.  Originally a four-minute song, tonight’s version was stretched out to an epic eight 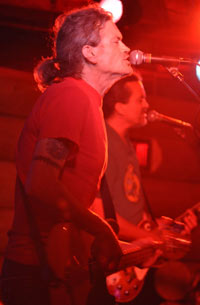 minutes with Curt finger-tapping and pounding his guitar.

Other highlights included the frantic “Sam” from 1991’s criminally overlooked (and out of print) album Forbidden Places.  “Backwater”, their # 2 Billboard Mainstream Rock hit in 1994 was also rapturously welcomed, which the band then followed up with a sing-a-long of the Texas Tornados’ “Hey Baby Que Paso”.  As Curt played a jangly version of The Beach Boys’ “Sloop John B”, Cris joined him on vocals.  It was great to see the brothers singing, “This is the worst trip I’ve ever been on,” knowing that hopefully the worst is behind them.  For this night and hopefully the future, the Meat Puppets’ trip will continue to be a great one.