It was a chilly Friday night in Tampa as many residents stayed in, bundled up or donned their jackets to visit the bars with their fellows.... 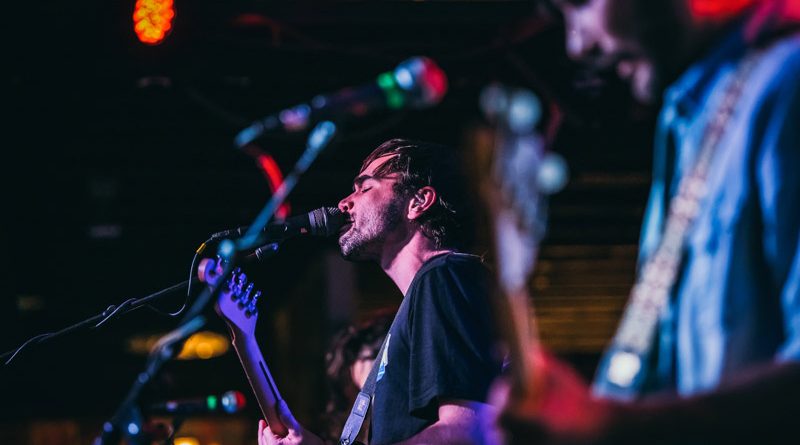 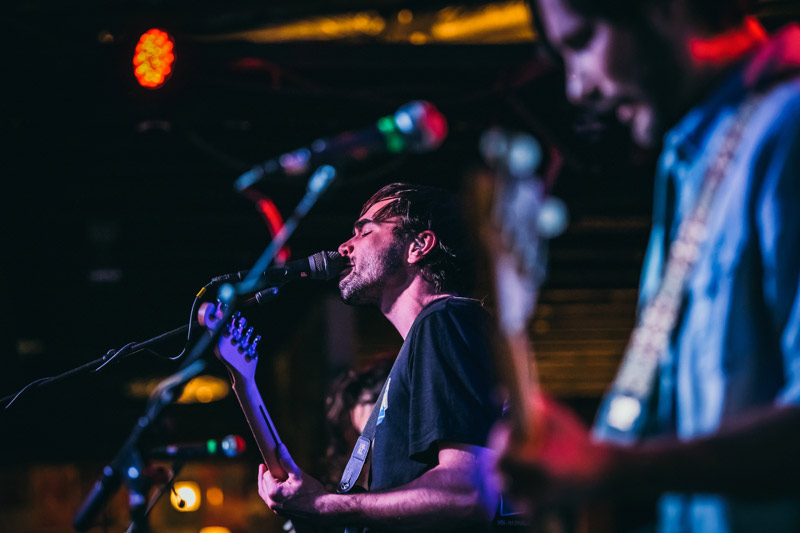 It was a chilly Friday night in Tampa, February 28th, as many residents stayed in, bundled up or donned their jackets to visit the bars with their fellows. But for Tampa’s punk and alternative rock scene, it was just the calm before the storm, for this night was what can only be described as a miniature and lively music festival in a small, local bar named Crowbar in Ybor City.

Taking the stage was Atlanta, Georgia’s Microwave for the opening show of the North American leg of their ‘Death Is a World’ Tour. Backing Microwave was an entourage of bands including A Will Away, Weakened Friends, Bad Luck., and Haunting Portraits. 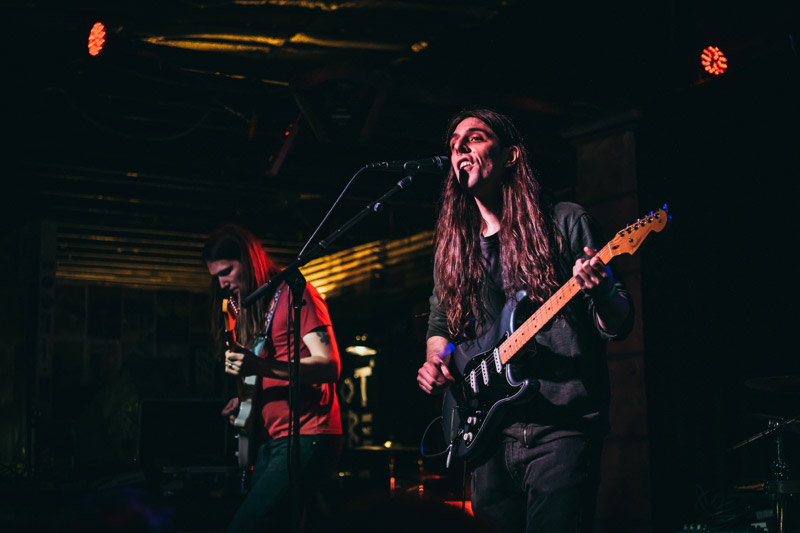 Opening the soon-to-be mosh-pit filled night was local Tampa act Haunting Portraits. Consisting of lead vocals and guitarist Jaryd Rosenfeld, guitarist Pat Thoenneissen, bassist Steven Ciniski, and drummer Dennis Horning; the latter of whom learned all their songs a mere 18 days before and performed them as if he had known them his whole life. As excited fans began to arrive, Haunting Portraits pounded out a cacophony of deafening drumbeats, deep bass lines, heavy guitar riffs, and hearty vocals. The four-piece ignited the cold night, heating up both the venue and the night with their amazing performance.

Closing out their set with a performance of “Everybody Knows the Rules” from their latest 2020 EP That Which Looks Far Away, Haunting Portraits stepped off-stage and soon gathered out in the courtyard to socialize with friends and fans alike. 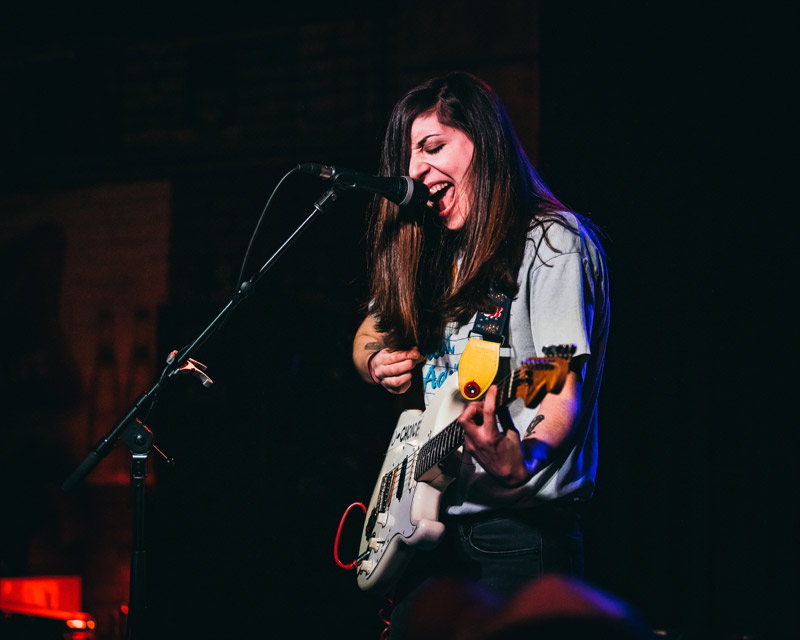 The next band, a three-piece from Portland, Maine known as Weakened Friends, wasted no time in getting to stage and starting their set. Opening with a performance “Blue Again” from their 2018 debut album Common Blah, lead singer and guitarist Sonia Sturino immediately moved from tuning her instrument to serenading the crowd. Her iconic shaky voice, at the song’s opening, commanded the attention of everyone both inside at the bar and outside in the courtyard.

“We’re a small band from Portland, Maine known as Weakened Friends. Spelled W-E-A-K, like if someone made you feel that way. If they did, we’re here for you,” said Sturino, as she began to shortly talk about mental illness awareness and how it has inspired their songs.

Backed by drummer Adam Hand and bassist Annie Hoffman, the three-piece put on an exhilarating half-hour show, with Hoffman rarely staying still while slapping off bass notes, Sturino serenading the crowd with her harsh yet beautiful vibrato voice, and Hand bouncing through each drum of his kit.

It was the time between and before each bands’ performance that made the night so memorable. Adding to the already energetic sensation of the night, fans were ecstatic to see members of every performing band socializing in the outdoor courtyard, at the bar, and even in the pit, moshing and dancing with other bands’ members and fans. 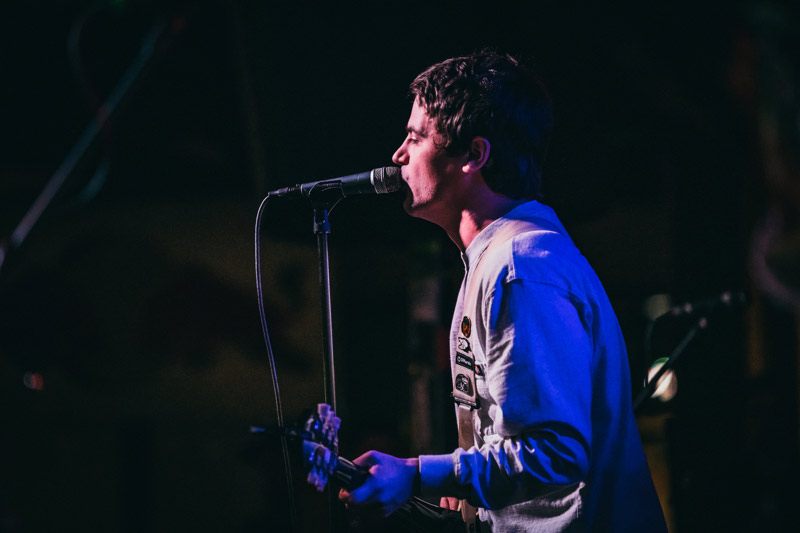 Click here for photos of Bad Luck. from this show in the QRO Concert Photo Gallery

Taking the stage for the third performance of the night was the brother duo Dominick and Joseph Fox, known by their band name Bad Luck. Calling Brooklyn their home, the band spent some time in Florida where they released their debut 2014 debut album Cold Bones and 2015 EP Noise In Your Head. The duo stepped onto stage thrilled to be back in a place they call their second home.

As it apparently became the theme of the night, the brothers made haste picking up their instruments, with about ten minutes spared after Weakened Friends jaw-dropping performance. Throwing out amazing vocals and a mixture of instrumental rhythms, Bad Luck. kept the venue’s visitors on their feet. 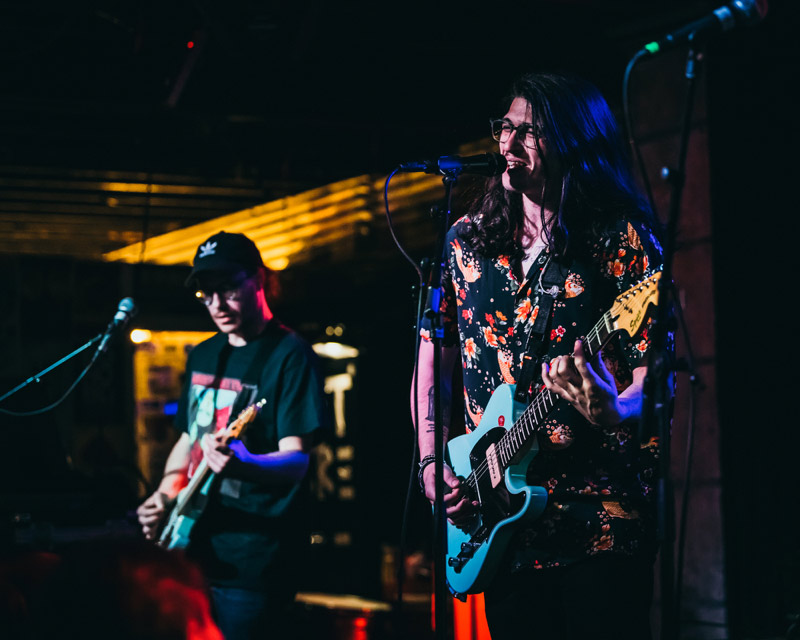 Hailing from Naugatuck, Connecticut, four-piece rockers A Will Away took the honors of the penultimate performance of the night. Consisting of members Matt Carlson, Collin Waldron, John McSweeney, and Sean Dibble, the group performed their signature style of ‘80s inspired alt/pop that echoed through the venue and into the cold, night air. The four-man band had a calmer yet still amazing performance, giving the crowd a break from the head banging, mosh pitting, and constant movement before they let it all out for the final performance of the night. 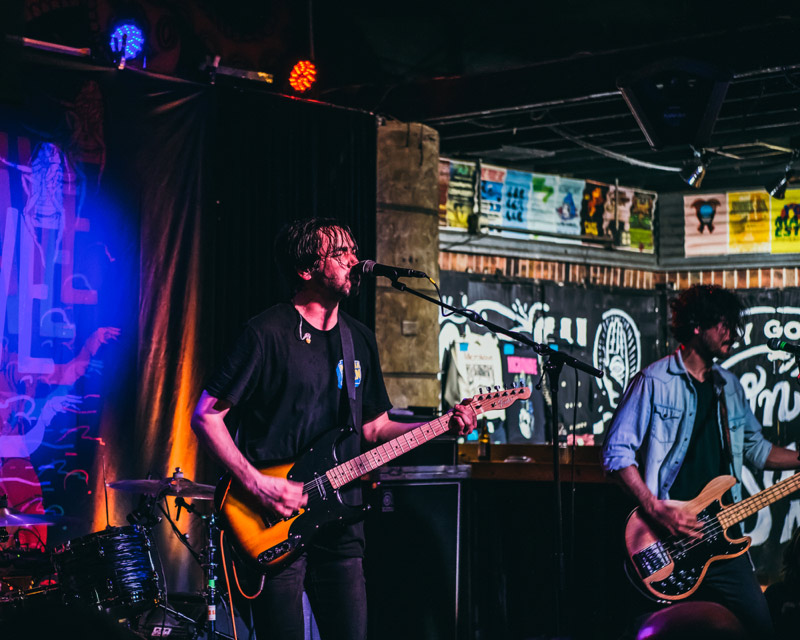 Finally, it was Microwave’s turn to close out the evening. Fresh off their latest album, last year’s Death is a Warm Blanket, the record for which their tour is named after, the band was eager to get to the stage, quickly greeting the crowd and opening their show with the “Leather Daddy”, the first song of their latest album. The band includes Nathan Hardy on vocals and guitar, Travis Hill on guitar, Tyler Hill on bass, and Timothy ‘Tito’ Pittard on drums.

Throughout their performance, Hardy and Tyler Hill would alternate singing the screamo sections of their songs, with each of them giving it their all, veins popping as they poured all their stamina and emotion into the lyrics. After performing almost every song from their newest album and a few older hits mixed in, the band closed out their show with a performance of “Part of It” from their 2019 release, putting away their instruments, and then soon moving off to a side of the stage to shake hands with fans and spend some time with their fellow tour mates.

With so many electric and stunning performances over the night, it’s almost impossible to declare one band as the headlining performance. Each performance was backed by the pure emotion, passion, and energy of its respectful performer. At the end of the night, Tampa’s punk rockers were left with dead legs and aching feet, but for good reason. Although fans were tired and ready to head home, the five astonishing bands left the hidden away Ybor City bar begging for more and left everyone with the memory of a night they will never forget.