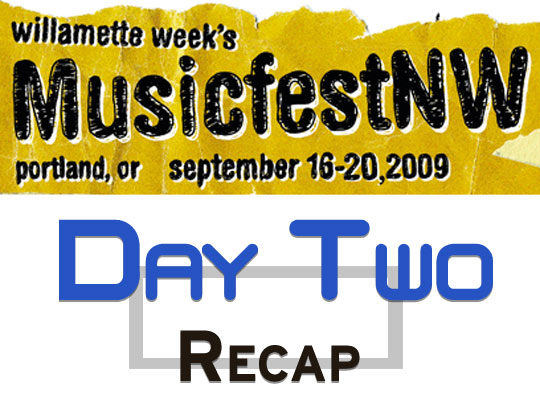 After Day One’s opening night party (QRO Day One recap), Day Two was a full-fledged event, from Scots in the daytime for radio sessions to Scots at night, with the one-and-only Girl Talk throwing a massive dance party in between:

We Were Promised Jetpacks, 2:30 PM 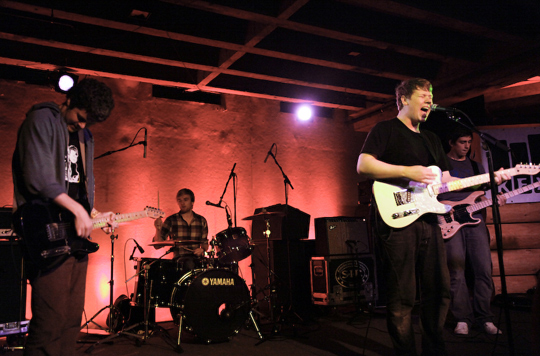 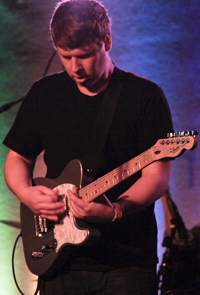 We Were Promised Jet Packs gave an early afternoon performance which was sponsored by and aired live, on Seattle’s KEXP radio.  The five song set gave the crowd a taste of what to expect for their full show slated for later in the evening.  The Jetpacks impressed with their post-punk pop ear candy, complete with the xylophone throw in on two tracks, for good measure.  Lead singer Adam Thompson claimed the band had just roused themselves from bed 10 minutes prior.  It certainly didn’t show.  He can belt out a tune with the best of them, and proved he doesn’t even need a microphone.  The band just released their first full-length album These Four Walls (QRO review) three short months ago.  More Jetpacks please!

Local Natives gave a fine performance at Holocene, one of the more intimate venues in town.  With one and a half drum kits in use, percussion is clearly key for Local Natives.  There were some striking harmonies to boot.  At times it was reminiscent of a jam session gone delightfully right with the band trading instruments, not missing a beat. (I couldn’t help but notice that the lead singer just happens to bear a striking resemblance to a young John Oats of Hall and Oats.  I’m unclear if that’s intentional or not!) 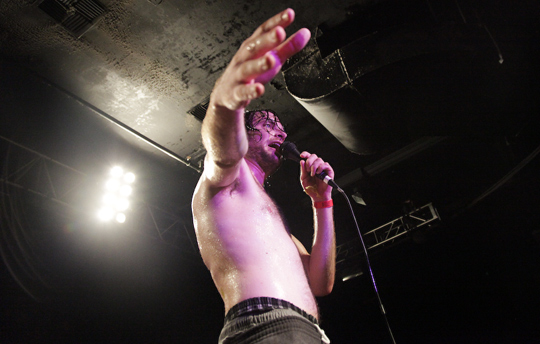 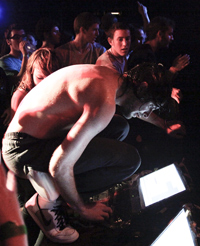 Click here for photos of Girl Talk at Williamsburg Waterfront in Brooklyn, NY on August 23rd, 2009 in the QRO Concert Photo Gallery

Girl Talk had the collegiates lining up–if you were over the age of twenty-five, this is probably not where you wanted to be.  Many waited for more than an hour, hoping they would gain entry into the biggest dance party at MusicFest NW. 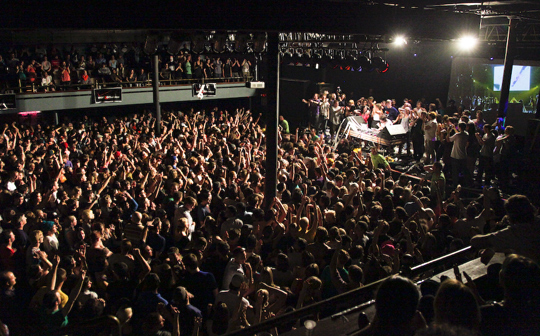 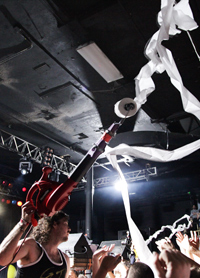 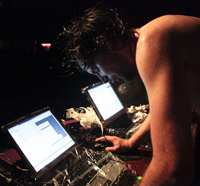 For those who had doubts about watching a live show consisting of a man and his machines, mash-up master Gregg Gillis had a well orchestrated plan.  He was joined onstage by 50 or so chosen few, who danced and sweat, and danced some more.  They assisted their hero by whipping the crowd into a frenzied state, whilst ribbons of toilet paper and confetti were launched into the crowd, raining down from above at regular intervals, throughout the ENTIRE evening.  The kids were diggin’ it! 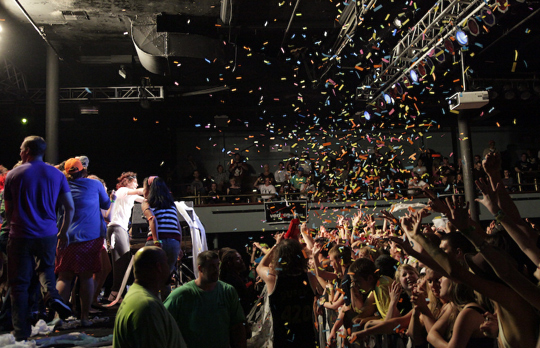 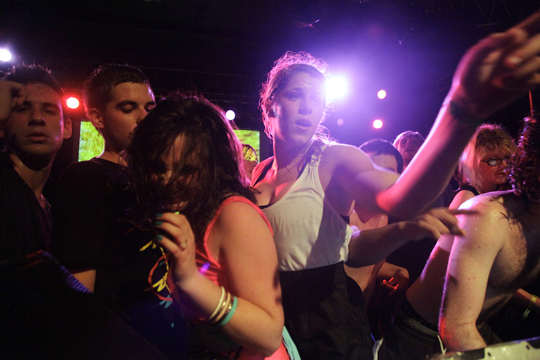 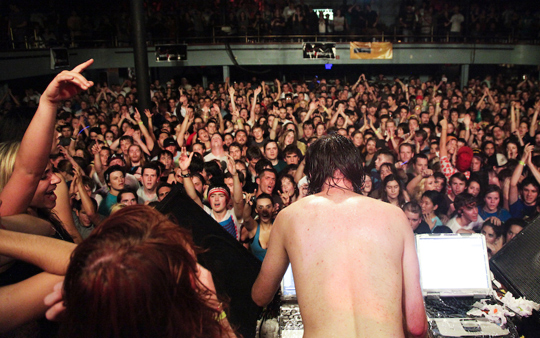 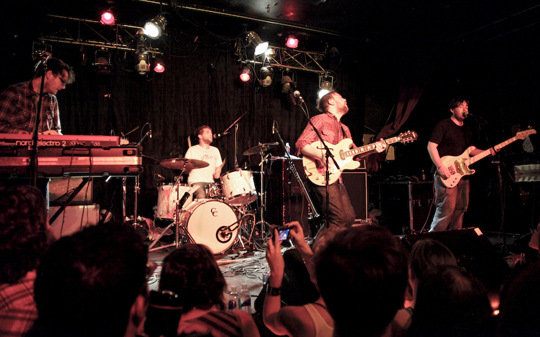 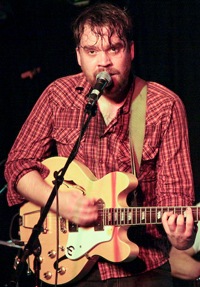 Frightened Rabbit demonstrated they are worthy of all the hype.  The doors to the sold-out show were left open.  It was as though lead singer Scott Hutchison’s raw emotion couldn’t be contained and had to be unleashed.  Frightened Rabbit confirmed that it is indeed possible to write tragically dark, brooding, yet decidedly jangly pop songs–and that accent sure doesn’t hurt either!  As word continues to spread don’t be surprised if there is a continued onslaught of Scottish bands clamoring to get signed to FatCat Records, hoping to ride the coattails of Frightened Rabbit, The Twilight Sad (see below), and We Were Promised Jetpacks (see above). 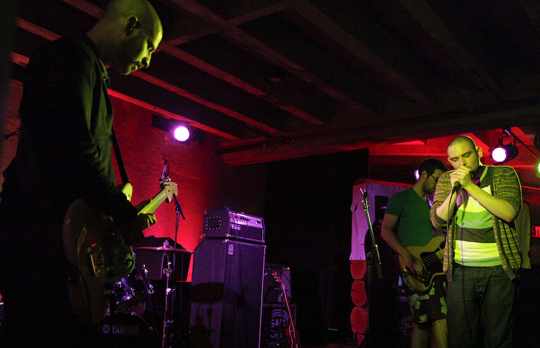 – Explosions In the Sky (QRO photos) @ Crystal Ballroom – sold out

Frankel : Anonymity Is the New Fame