It is difficult to write about a gig like Nada Surf at Melkweg, which was so good at all levels.... 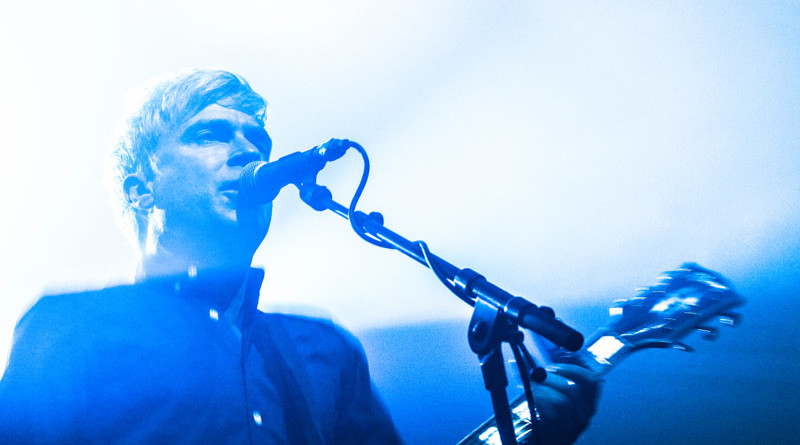 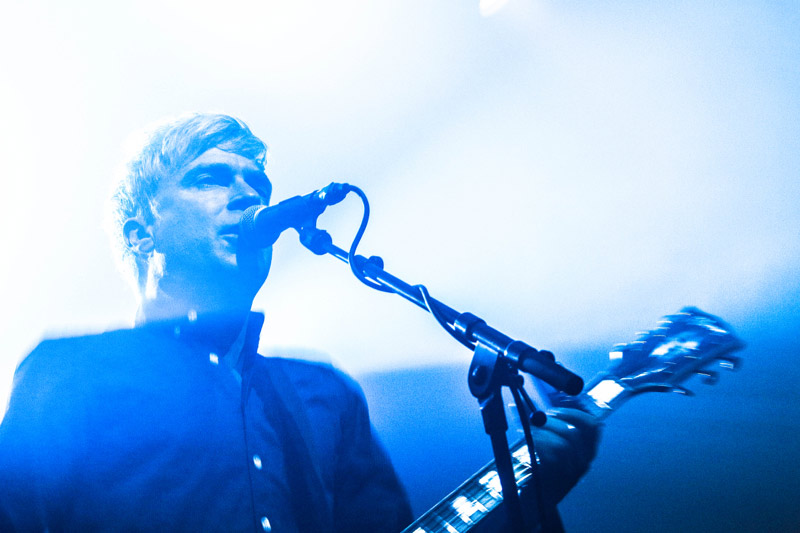 It is difficult to write about a gig like Nada Surf at Melkweg in Amsterdam on Thursday, April 7th, which was so good at all levels: execution, prowess, effort, connection with the audience… Even the support band was surprisingly good!

Don’t get me wrong, in both aspects of the preceding sentence: The openers of the night were on fire at all times and left a really good impression on yours truly and the audience, as one would expect. And yes, you read it well; it’s difficult to write about a gig that went so well. I mean, if all was good, what am I supposed to ‘criticize’ or talk about? I could as well say, “Yup, all was good, even the quick dinner I had. End of.” 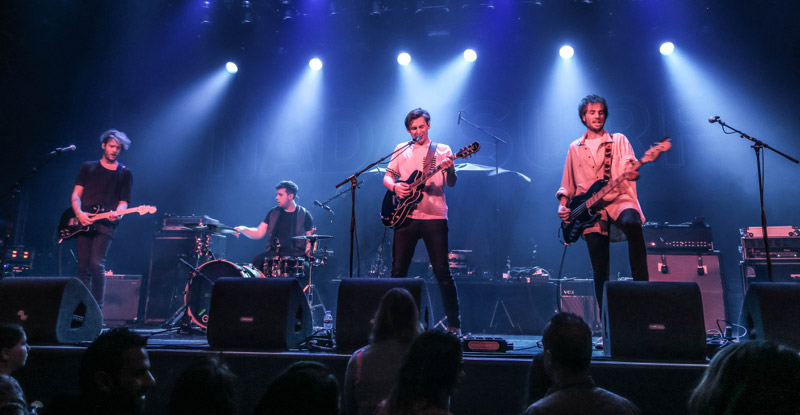 Farewell Dear Ghost are an Austrian quartet who play a sort of accessible indie-pop reminiscent of British band Morning Parade. Rousing, dense, cohesive, tight in execution but expansive in result (special mention to their drummer, Andreas Föddinger, in the band since early 2014), with an eye on the charts but the other still fixed in imprinting their songs with their personality and, say independence.

Melodies like “Fire” from their 2013 debut We Colour The Night, with its catchy chorus and easy flow between sections, or the track that closes their recently published EP Skin. “Violet” with a two-drum section that was as unexpected as it was visually effective, gave a good hint of how big they could get, if they keep the same solid path.

And, well, we then had a nice, generous chunk of pop-rock with a band that just got better and better with time. 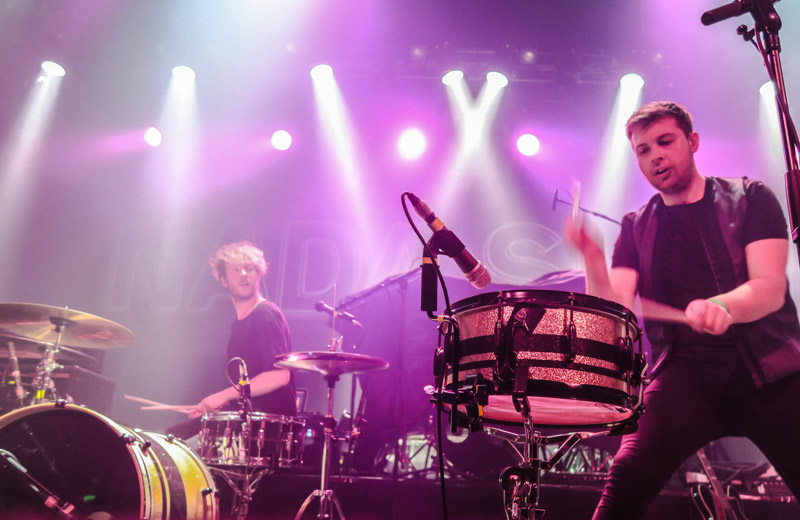 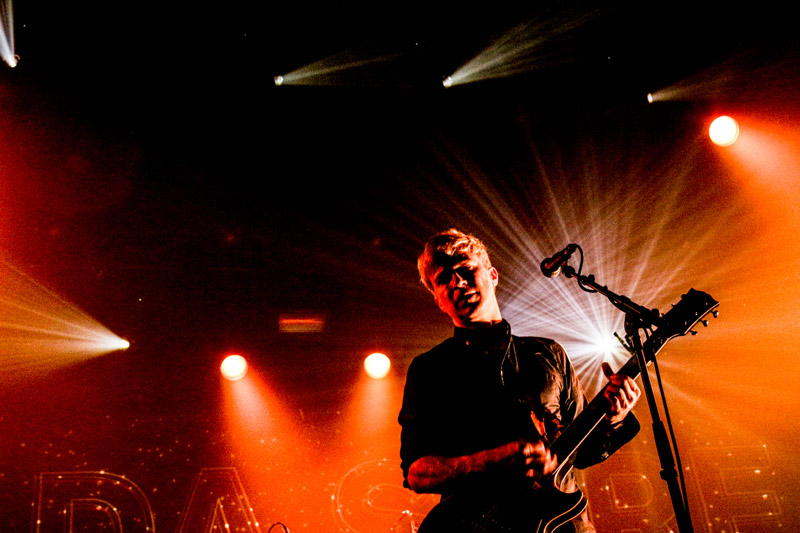 Click here for photos of Nada Surf at Bowery Ballroom in New York, NY on December 14th, 2012 in the QRO Concert Photo Gallery

Click here for photos of Nada Surf at C-Halle in Berlin, Germany on November 14th, 2012 in the QRO Concert Photo Gallery

Click here for photos of Nada Surf at Deluxe in Indianapolis, IN on June 23rd, 2012 in the QRO Concert Photo Gallery

Click here for QRO’s review of Nada Surf at Wonder Ballroom in Portland, OR on May 30th, 2010

Click here for photos of Nada Surf at CMJ 2010 in New York, NY in the QRO Concert Photo Gallery

Somebody in the audience claimed to yours truly that even though Matthew Caws somehow still sings about some the same issues he was singing about when he started (a bit like Robert Smith, from The Cure), growing up made him give his lyrics – about finding your place, finding love or deal with the world around you, to sum it up fast and kinda poorly – a new and different perspective, and that old words were so solid that mixed with their new songs onstage they gained a new meaning. And I only could concur.

Highlights of their new album, You Know Who You Are (QRO review) were, definitely, “Cold To See Clear”, with which they opened the night. Then, “Animal” and “Friend Hospital” gave a reflective flavour (on oneself and a lost relationship) to a set that had everything, all traits of a band that understands the subtleties of music and doesn’t only focus on mixing speed and calmness.

Then you could enjoy timeless classics like “Happy Kid”, “What Is Your Secret?”, “Concrete Bed” or “Inside of Love”. Effortless music played effortlessly by a band that made it look effortless, indeed, a combo with a new-found richness in the person of Doug Gillard, formerly of Guided By Voices, on lead guitar.

The encores were intended to set the house on fire, with pearls like “Hyperspace”, “Popular”, “Always Love” and an electrifying version of “Blankest Year” that drove some of the drunken fans out of their minds and made them invade the stage.

The two-song acoustic set they played near the cloakroom, right after they left the stage, with “Blonde on Blonde” and “Blizzard of ‘77”, were the icing of the cake to a splendid night, a soiree difficult to describe, as words don’t do justice to the pop craft of such a band. 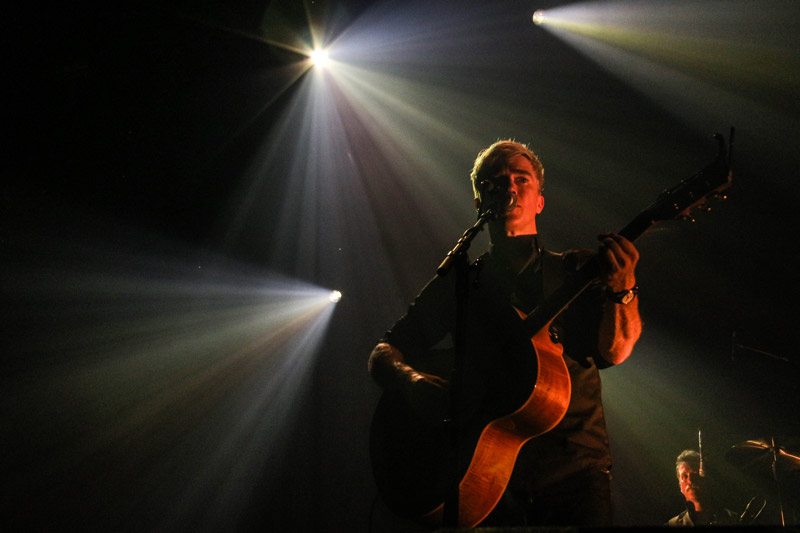