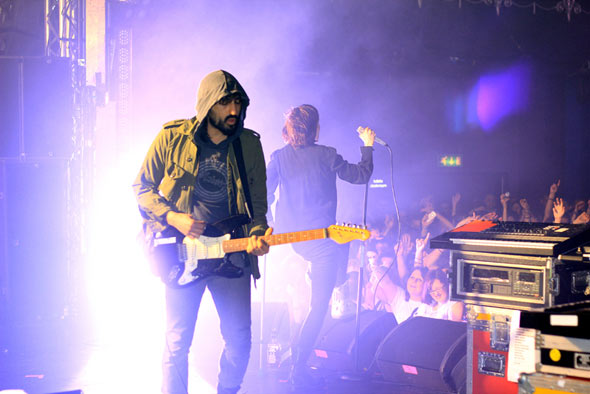 The NME Shockwaves Tour was jam-packed on Wednesday, February 9th; at the entrance to Leeds’ O2 Academy stood the NME banner, where people were frantically getting the photos taken by the NME representatives.  The photos will be uploaded online and one will be selected for an all access area pass for the next NME tour. 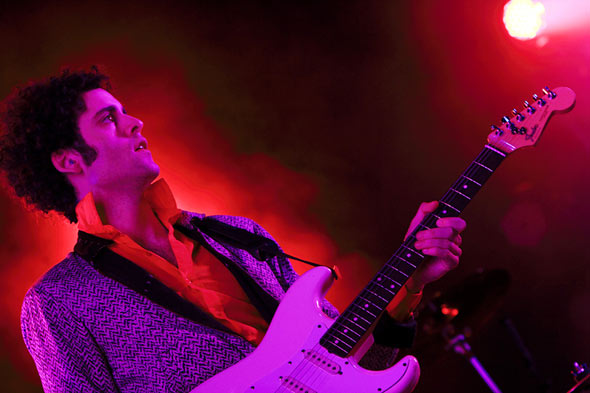 Click here for photos of The Vaccines at SXSW 2011 in Austin, TX in the QRO Concert Photo Gallery

First to play were The Vaccines.  The Vaccines are a rock/pop/indie London-based alternative band that formed in 2010.  The band’s debut album, What Did You Expect From The Vaccines? is due for release through Columbia Records on March 21st. 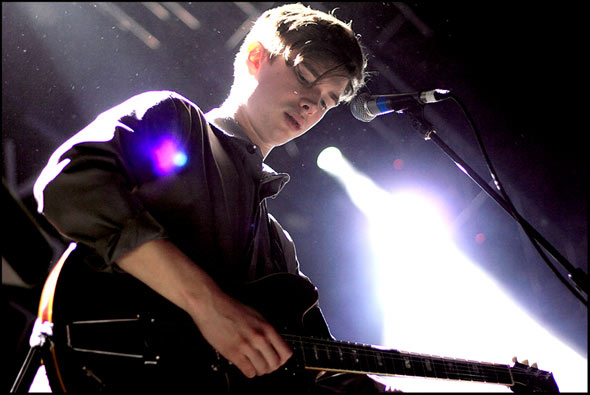 Click here for photos of Everything Everything at 2010 Haldern Pop Music Festival in Rees-Haldern, Germany in the QRO Concert Photo Gallery

Second band up was Everything Everything.  They were all dressed in dark grey boiler suits, and they went down well, especially the guitarist on the left.  The girls seem to be very captivated by his facial expressions as he played the guitar.  The band opened with “Swerty Finger”, and closed with “Photoshop Handsome”.  They also played “Suffragette Suffragette”, “Schoolin'”, and “Final Form”; the fans were particularly into “My Kz, Ur Bf”. 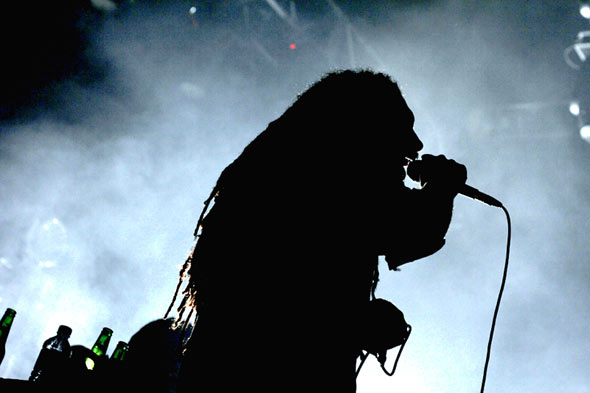 Third up came Magnetic Man, a collaboration between three Croydon-based DJ/producer types; this was a band with a huge amount of presence and a huge amount of kit.  The bass was insanely loud.  The front man was almost like a voodoo character.  At one point in the show he announced that he was passing a bucket around so that the crowd could put their souls into it; he then rattled his hand across the crowd in the darkness as if possessed by the music, seeming like he was casting out the souls of the audience.  They then proceeded to play “We Want Your Soul” – the room went dark and the laptops triggered off samples that vibrated through the room with its massive sounds.  Another tune that went down well from Magnetic Man was the electronica/dance track known as “I Need Air”. 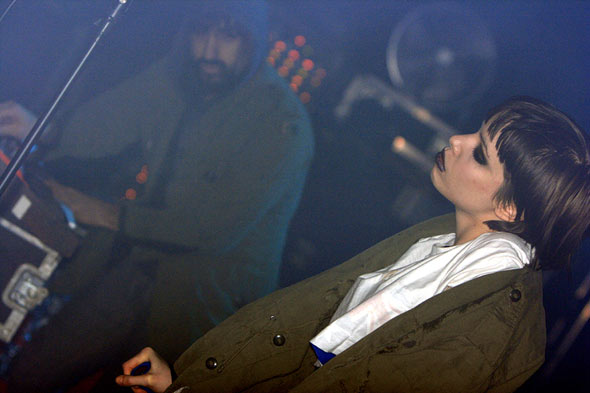 Headlining band Crystal castles were the highlight of the evening.  The strobe lights were pretty intense – it was hard to work out what the band members actually looked like through the light strobes and red lights that flashed continuously above the drum kit and down toward the crowd.  On the back wall there was an image of a young ghostly looking girl.  The image was taken from the video for “I’m Not In Love”, which is a song by Crystal Castles that features The Cures’ iconic frontman Robert Smith.

Singer Alice Glass arrived on stage, walking in a fragile manor due to her broken ankle.  Glass then propped her broken ankle up on the amps and took hold of the mic, the other hand holding on to the crutch.  She surprisingly began to swing from the mic and throw herself to the floor!

The crowd went wild for “Baptism”, the bass line and catchy synth sounds filling the room.  As the song finished, Glass threw herself to the floor and held her head in her hands, as if something terrible had just happened to her.  The stage was then filled with darkness until the next track.

Glass puts on a very dramatic and unsettling performance.  Not quiet like any one else.  A must see! 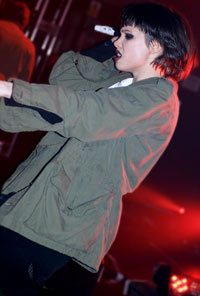 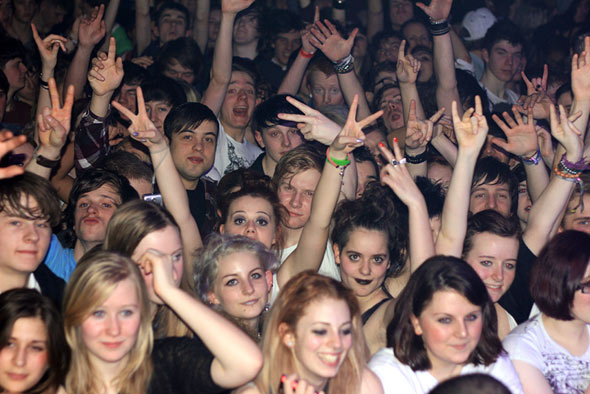