Transforming venues into honky-tonks is what the Old 97's do.... 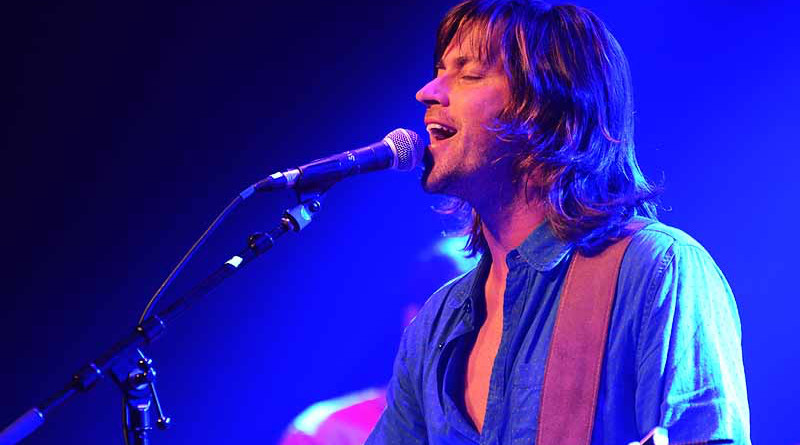 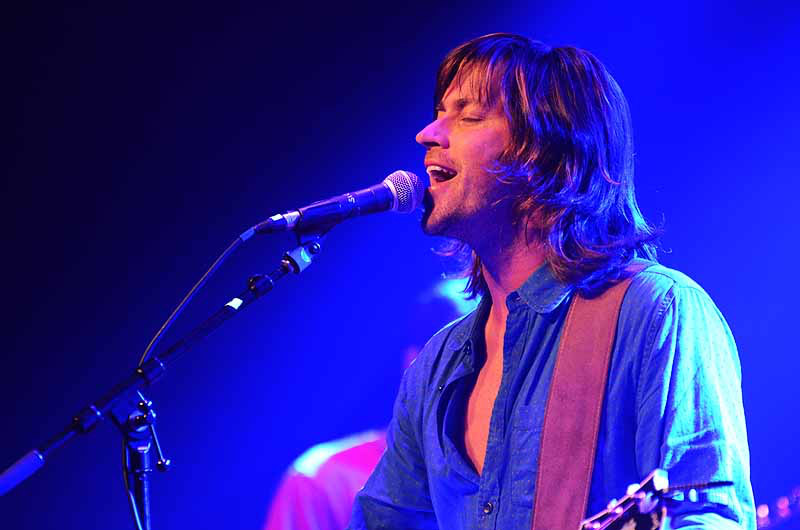 Click here for photos of Old 97’s at Irving Plaza in New York, NY on May 12th, 2016 in the QRO Concert Photo Gallery

Click here for photos of Old 97’s at 2008 Wakarusa Festival in Lawrence, KS in the QRO Concert Photo Gallery

Transforming venues into honky-tonks is what the Old 97’s do, playing upbeat Americana infused with early rock and pop hooks (aka alternative country) as well as slower, heartfelt songs. Terminal West Atlanta’s high-energy show on Thursday, October 15th yielded a great time with attitude straight out of Texas. “We’ve been coming to Atlanta long time,” Rhett Miller and Murry Hammond bantered, mentioning a former Star Bar show that must have been a blast with its small room and love of cheap beer. 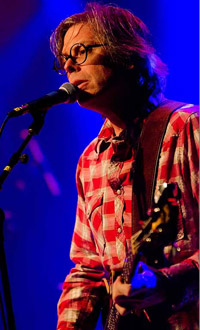 Old 97’s wasted no time getting the audience fired up, rollicking from the get go. Twenty years of being a band brought great stage experience. Singer/rhythm guitarist Miller stood strong on stage, shook his hair around, danced, played his acoustic guitar windmill style, and evoked Johnny Cash’s phrasing on verses of lower range, more country-based songs. Singer/bassist Hammond performed his signature move of raising his bass up near his chest with his arm outstretched to his left as he played mostly western or waltz style bass lines. He also yodeled on two songs. Miller and Hammond alternated singing lead, but also sang together on verses and choruses. On lead guitar, from East Texas, was Ken Bethea, whose playing style included lyrical and twangy western and early rock guitar lines alternated with rocking solos. Philip Peeples, admiringly called the “secret weapon” by the band, primarily played snare drum, splashy cymbals and quiet hi-hat. 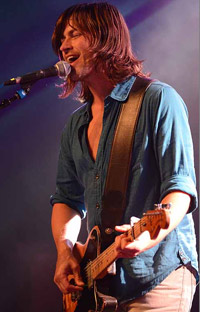 “Is there a more appropriate band to play by train tracks in a place named after a train station?” Miller asked the audience in the middle of the show, likely near one of the bands three train songs. The audience shouted at the band, danced and sang along. Their favorite songs to sing were the drunken sounding “Stoned”, “Barrier Reef”, and “Wasted”. Other notable pieces included “Victoria”, from the band’s 20-year old debut album, “Valentine”, always a crowd pleaser, “W. TX Teardrops”, about their home state, ”Longer Than You’ve Been Alive”, about being a touring band, and “White Port”, described by the band as “a song about hillbillies and Scalawags.” The last number of the night got back to rollicking again with “Let’s Get Drunk and Get It On”. The honky-tonk then moved on to the next town of the tour. 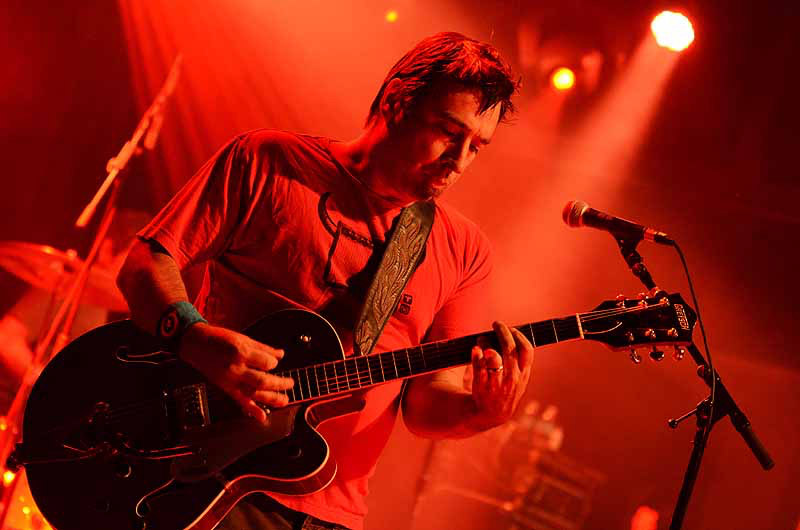