The day before Lollapalooza 2017, Pandora Radio once again put on their ‘Chicago Invasion’ at Morgan Manufacturing, this time with Manchester Orchestra – and more.... 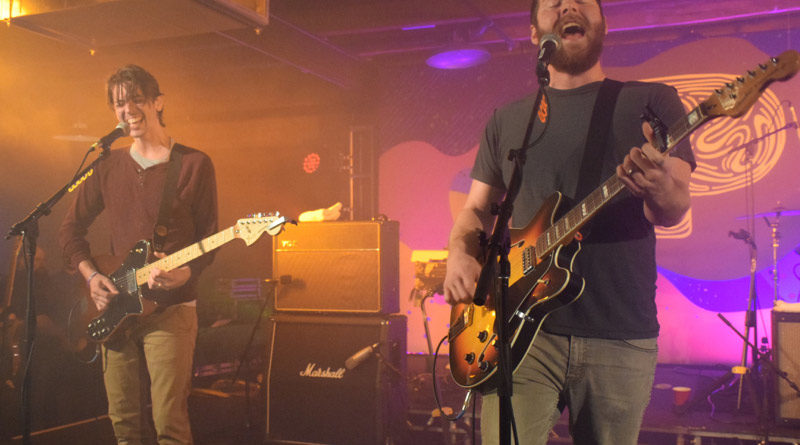 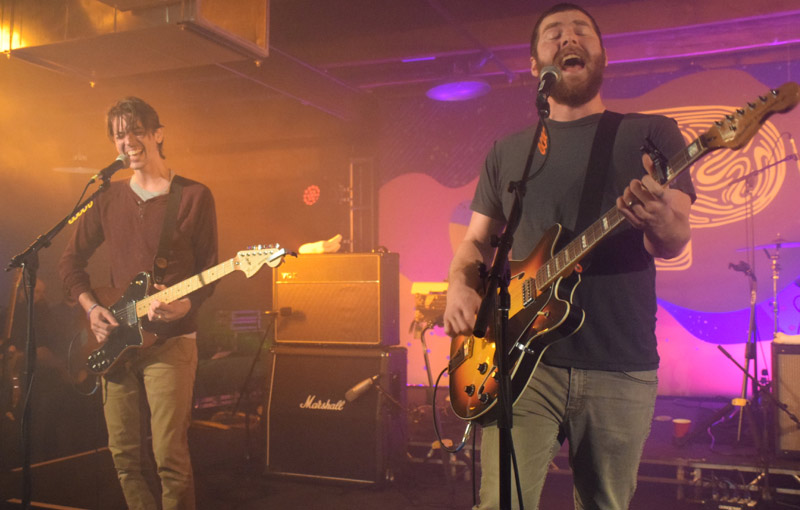 The day before Lollapalooza 2017, Wednesday, August 2nd, Pandora Radio once again put on their ‘Chicago Invasion’ at Morgan Manufacturing, this time with Manchester Orchestra – and more. 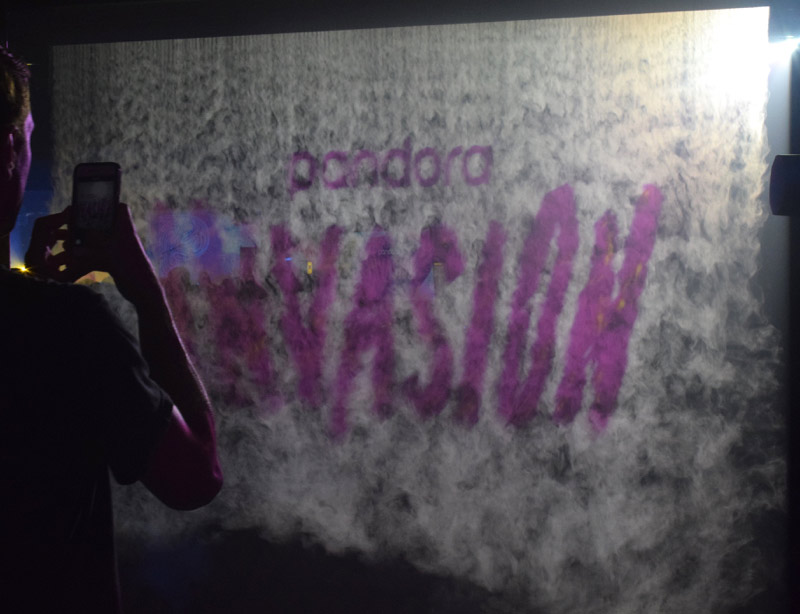 Distinctly more, right from walking into the event (after a long GA line), as just inside Morgan Manufacturing there was a mist that one would walk through – that had Pandora’s name & logo alternatingly projected onto it. It was a really neat visual – so neat that every other person either photographed it on their phone, or videoed themselves walking through it on their phone… 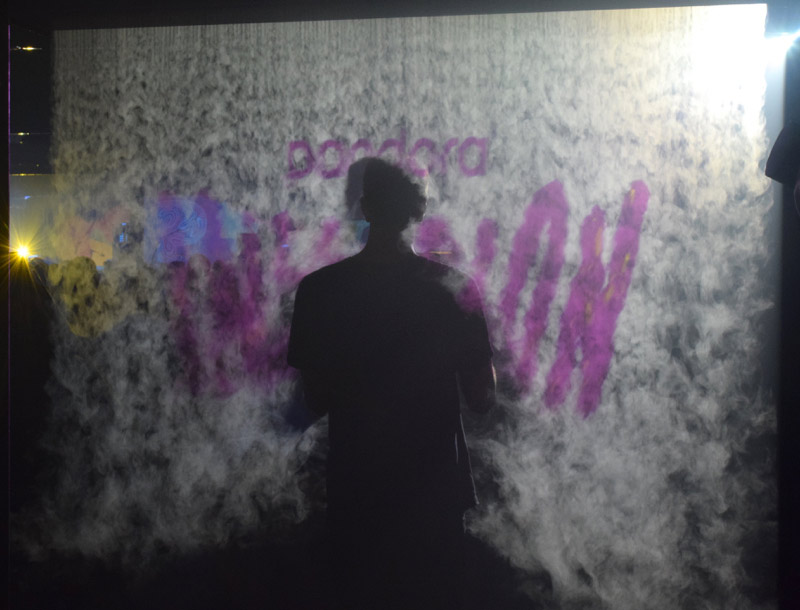 Inside, yes, there were free drinks, which included not just beer and mixed cocktails, but also four different flavors of Budweiser’s ‘margarita in a can’ ‘-A-Rita’: lime, grape, strawberry, and peach. Indeed, they were served on ice in plastic margarita glasses, which almost assured spillage, though plus that one could sip hands-free while the drink was still on a table. There were also free White Castle hamburgers & chicken rings, at least in VIP [a GA attendee asked your VIP correspondent to get her some chicken rings; he thought she said “chicken wings,” and he was very confused when asked the people handing out the White Castle for chicken…]. Particularly popular was a sort of digital caricature service, or something – it was a little hard to figure out what was being done, but seemed very old-meets-new. 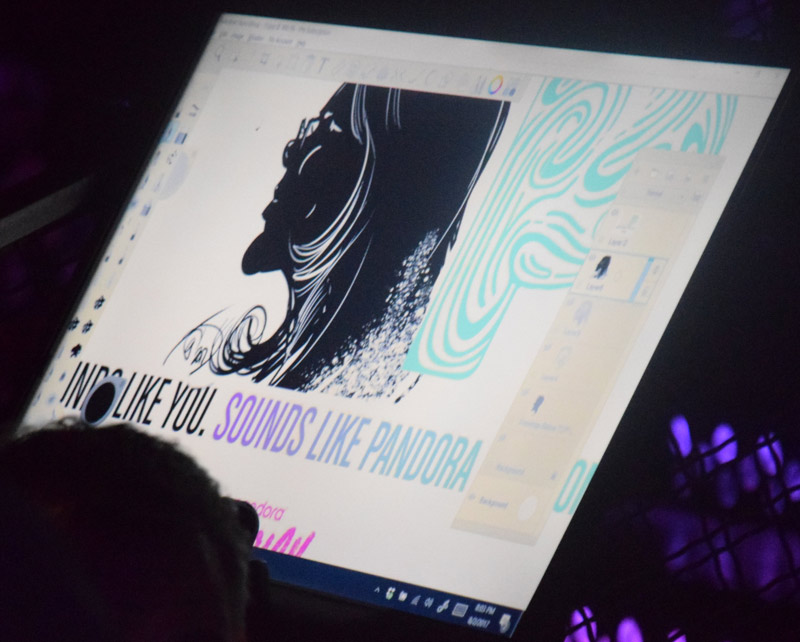 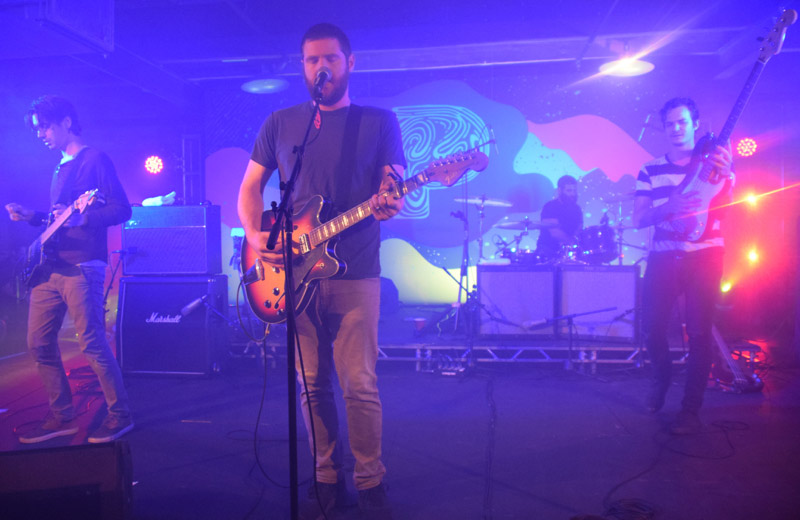 Oh, and Manchester Orchestra did play. It was interesting that for this modern fashionable event, Pandora would book a band that plays as unfashionable a style of music as white guys rocking guitars. The Atlanta band may have stripped back on their most recent record, A Black Mile To the Surface (QRO review), but they still rock live – and are still evocatively emotional. It was notable that despite the crowd being upper end, didn’t pay for this show, and had other distractions, most were definitely into the band and paying attention.

Lollapalooza started the next day, but for all the locals & those who got to town early, it was a great pre-party. 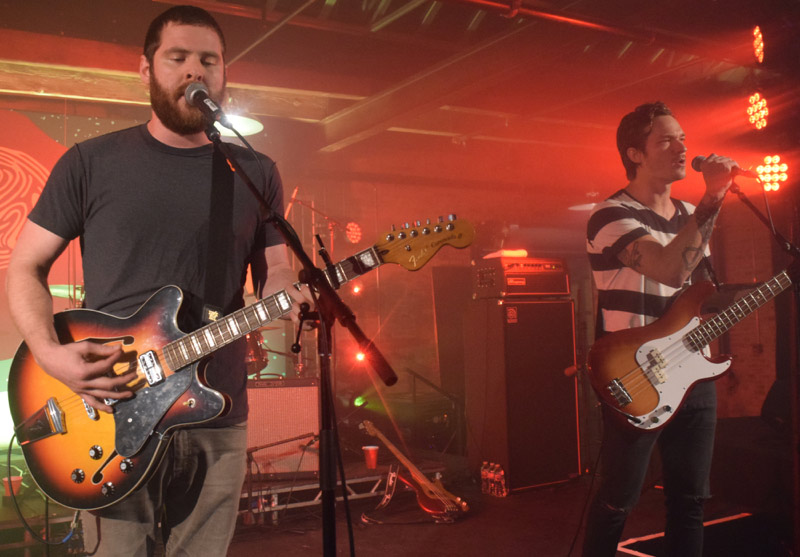