Panic! At the Disco – Live

Tuesday was a fever pitch at the Greensboro Coliseum in North Carolina.... 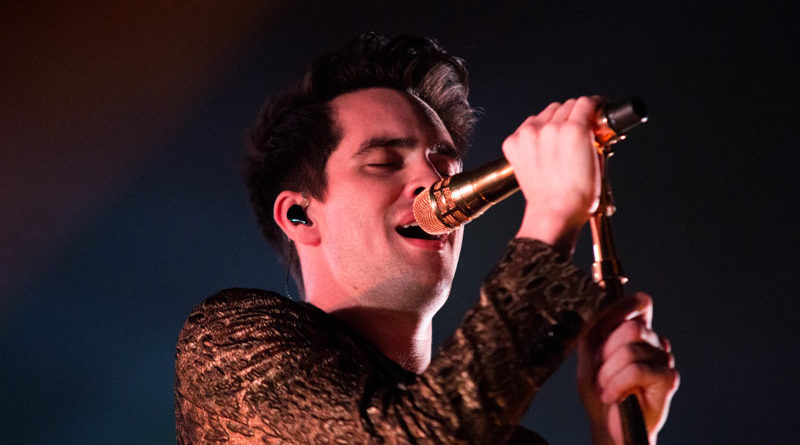 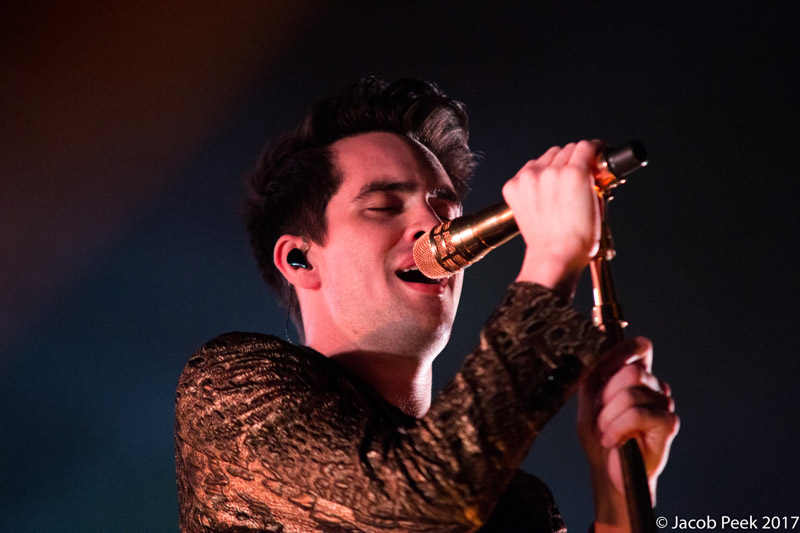 Photos of Panic! At the Disco at Infinity Energy Center in Duluth, GA on July 29th, 2018

Photos of Panic! At the Disco at Wells Fargo Arena in Des Moines, IA on March 14th, 2017

Photos of Panic! At the Disco at Lakewood Amphitheater in Atlanta, GA on June 16th, 2016

Photos of Panic! At the Disco at Pandora Holiday 2015 in New York, NY

QRO’s review of Panic! At the Disco at Madison Square Garden in New York, NY on August 5th, 2014

Photos of Panic! At the Disco at Roseland Ballroom in New York, NY on February 4th, 2014

Photos of Panic! At the Disco at McKittrick Hotel in New York, NY on October 8th, 2013

QRO’s review of Panic! At the Disco at Paramount Theatre in Huntington, NY on October 30th, 2011

Tuesday, April 12th, was a fever pitch at the Greensboro Coliseum in North Carolina. A fully packed house was ready, able, and willing. It was a pre-birthday party for Brendon and he invited all his friends.

At the top of every minute during the video countdown for Panic! At the Disco’s arrival on stage, specifically singer Brendon Urie’s arrival, the crowd burst out with screams of excitement. In the final seconds of the video clock countdown, the arena was in a Panic! for the show to start. Lights out and GO!!

Panic! opened the storyline show with “Don’t Threaten Me with a Good Time”, which was a promise theme for the rest of the night in Greensboro. Urie, Panic!’s creative driving force, came to the stage wearing his Cheetah jacket with energy like none ever seen; he was here to tell a passionate story through the music and the video storyline.

Over the course of the next 90 minutes, the story was told, Urie’s hard driving work was shown with the consistent backing of guitar riffs, pounding bass, horns and a few passionate classics; complimented by a theatrical stage show and a well choreographed light show. Urie’s vocals were a testament to his range, talent, and why Panic!’s most recent album, 2016’s Death of a Bachelor, Panic!’s first album to rise to No. 1, earned a ‘Best Rock Album’ nomination at this year’s Grammy Awards. 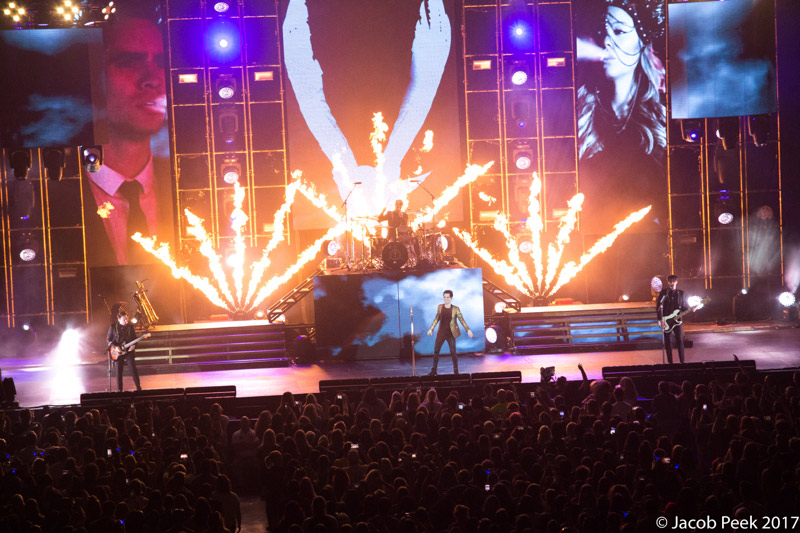 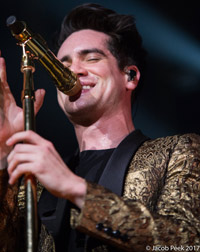 There were so many pieces and parts to Panic!’s show…. Streamer canons to open the show, glitter raining down on the stage, the video storyboard, Brendon Urie’s video kidnapping; cap-stoning with him rising from a platform with him playing “This is Gospel” surrounded by lights streaming skyward. Urie then joined the fans crooning his Sinatra inspired song “Death of a Bachelor”

As anticipated, Urie brought out Billy Joel’s “Movin’ Out” supported by his story of how this was a song that was played in his house by his parents when it was time to do chores with his family, this song brought some reality to his inspiration and brought the crowd back to the fever pitch. But not this was only a start to the heart felt passion Urie has for his art and his influences. Queen’s “Bohemian Rhapsody” was to follow… simple amazing vocals, passion, and perfection. 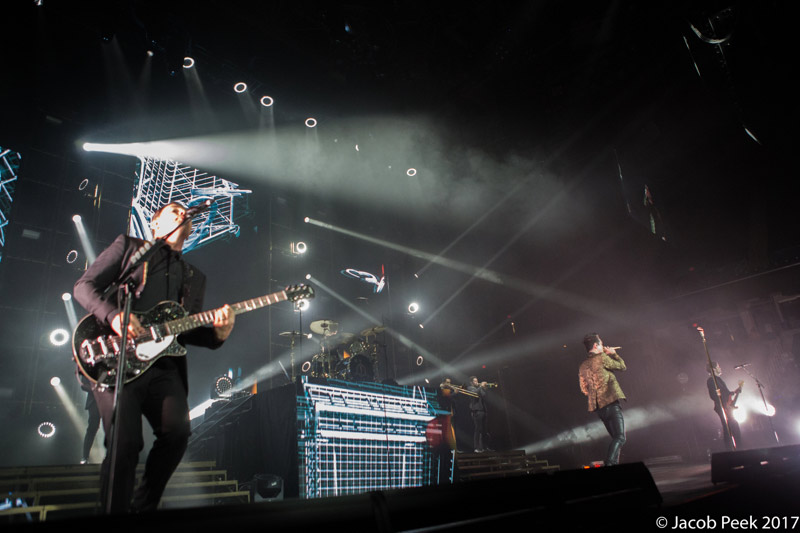 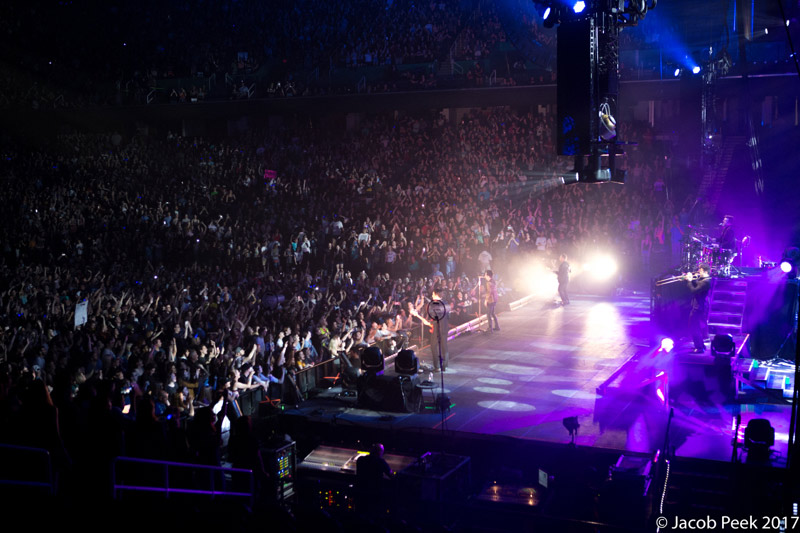