The Pet Shop Boys played in Portland for the first time in their 32-year career.... 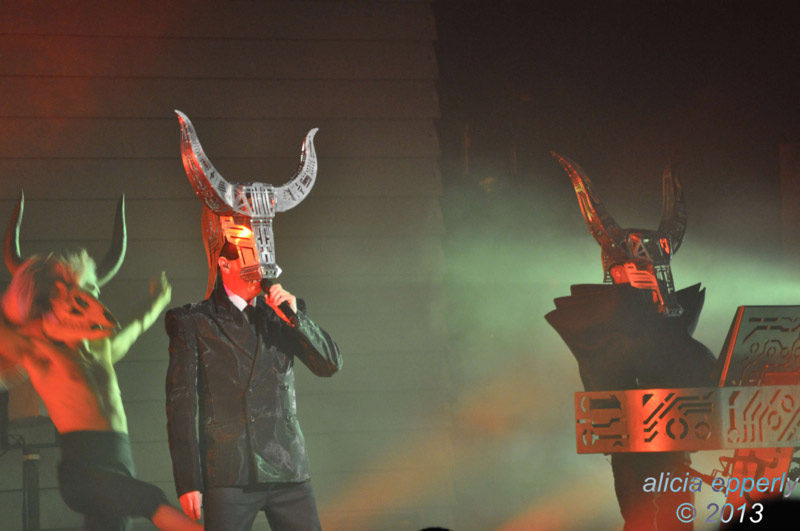 Click here for photos of Pet Shop Boys at Orpheum Theatre in Boston, MA on November 9th, 2016 in the QRO Concert Photo Gallery

Click here for photos of Pet Shop Boys at Terminal 5 in New York, NY on April 26th, 2014 in the QRO Concert Photo Gallery

On Friday, October 4th at the Arlene Schnitzer Concert Hall, The Pet Shop Boys played in Portland for the first time in their 32-year career.  How they missed Portland all these years was lost on everyone, but the Boys made up for it with a massive set list and a dazzling light show.  Touring behind twelfth studio album Electric, the duo kicked off the long night with three tracks (“Axis” / “One More Chance” / “A Face Like That”) that segued into each other.  Not only did they play many of their hits but also performed songs like “Fugitive”, which is found on limited editions of their Fundamental album.  So the night worked perfectly for longtime fans, as well as people who were more familiar with the duo’s bigger songs.

Among the many highlights were “Opportunities”, “Suburbia” and “West End Girls”, and it was nice to see how well new pieces like “Fluorescent” and “Thursday” fit into the set.  Neil Tennant made of point of shouting out “Portland” throughout the night and mentioned that they plan on coming back soon.  The laser light show was spectacular and there was even a warning sign on the venue doors that people sensitive to lights should be careful.  Chris Lowe remained behind his stack of keyboards all night except for when he and Tennant left the stage for costume changes.  They also had two dancers who worked the stage in various outfits during the evening.

The Pet Shop Boys wrapped up their main set in dramatic fashion.  First, they played “It’s a Sin” and “Domino Dancing”, which had the crowd in an uproar.  Then, during “Always on My Mind”, the light show was basically blinding the audience (in a good way) before there was a big bang and confetti shot out over everyone.  It was a perfect way to end the night before the encore.  They came back out and played “Go West” and “Vocal” (with a snippet of “It’s Alright”), before saying their goodbyes.  In the end and in dramatic fashion, the Pet Shop Boys erased the fact that they’d never played Portland.  And they promised to come back and this crowd is sure to remember that. 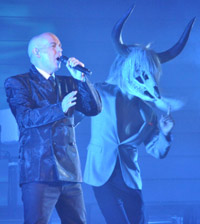 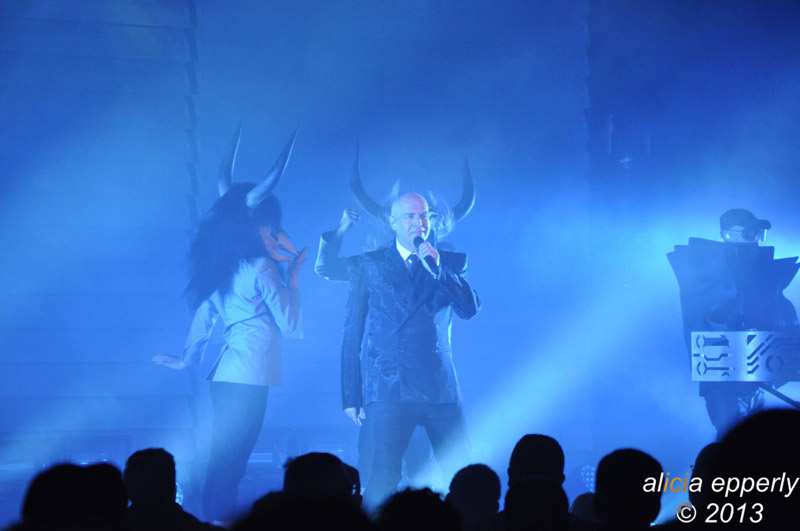