Poptone played the second of two shows at Portland’s Wonder Ballroom, and they left both audiences in awe.... 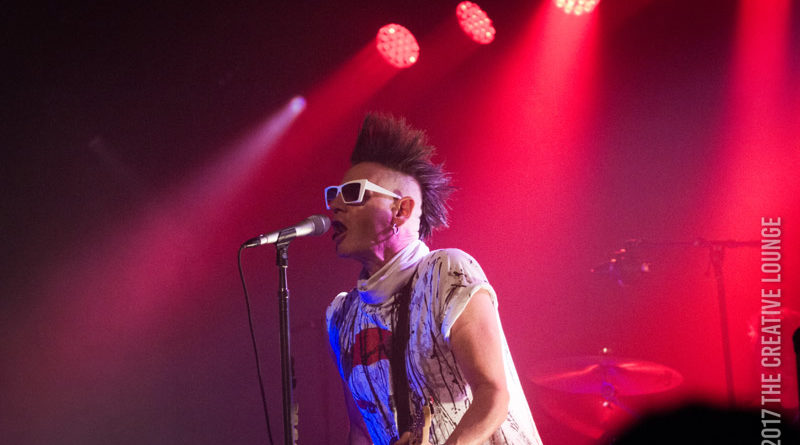 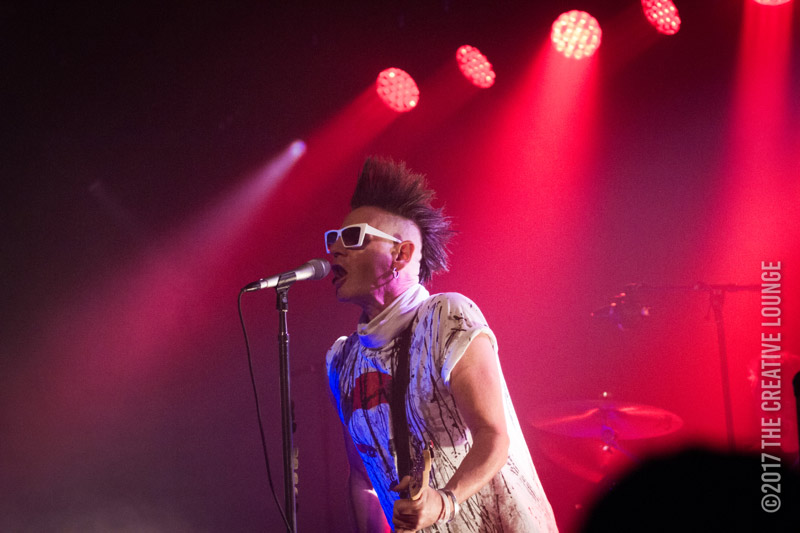 Click here for photos of Poptone at Revolution Live in Ft. Lauderdale, FL on November 29th, 2017 in the QRO Concert Photo Gallery

Poptone played the second of two shows at Portland’s Wonder Ballroom on Saturday, June 3rd, and they left both audiences in awe. It was a highly anticipated show since this was a very unexpected tour. Featuring Daniel Ash and Kevin Haskins of Bauhaus, Tones On Tail and Love and Rockets fame, it was quite a shock when Ash decided he wanted to tour again. He had quit touring for years and had been focusing on his solo work and painting. So when he announced that he and Haskins were hitting the road, it caught many by surprise. And to top it all off, the majority of the songs they were going to play would be Tones On Tail. In their short history as Tones On Tail (1982-1984) they released three EPs and one album. They also did one short tour of the U.K. and North America before they set things aside to start Love and Rockets. Fans of Tones had been hoping for a tour like this for decades. 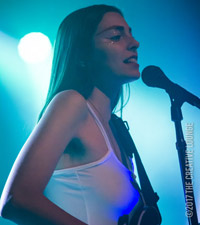 Poptone were heavy on Tones songs along with a few from Love and Rockets, one Bauhaus track, an Ash solo song and three covers. The night slowly opened with the Tones piece “Rain” playing while the band came on stage. Diva Dompe, Haskins’ daughter augmented the band on bass. Then they got down to business with a dynamically dark cover of Elvis Presley’s “Heartbreak Hotel”. The band was bathed in dark blue lights with a white spotlight right on Ash. The group kept the pedal to the metal as they launched into “OK, This Is the Pops” and then a crushing version of “Mirror People”. Only three songs in and the tone for the night was quite literally set. 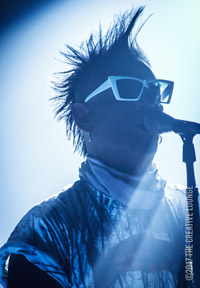 Some of the highlights from the main set included “Twist” and “Love Me” and a gorgeous rendering of “An American Dream”. Ash on his acoustic and background vocals by Dompe were beautiful and then Haskins’ drums kicked in at the two-minute mark. It was one of many amazing moments in this show. And if things couldn’t get any better, they follow it up with “Christian Says”. Ash simply delivered all night as he showed his vocals and guitar playing were as strong as ever. Dompe was fantastic with her bass playing and lovely background vocals. And hats off to Haskins, who not only played amazing drums but had the added duty of triggering samples and sounds that were vital to the songs. Even though he got to sit down all night, he had a lot of ground to cover and he was superb. The first set wrapped up with “There’s Only One” and then a great version of David Bowie’s “Cracked Actor”.

Poptone played two encores where they pulled out all the stops, starting with a blistering version of Adam & The Ants’ “Physical (You’re So)”. And if the night couldn’t get any more ecstatic, they launched into their Tones club hit “Go!”. After a short break, encore three wrapped up the night with lovely versions “Slice of Life” and “Sweet F.A.”. For anybody who are fans of Bauhaus, Tones On Tail or Love and Rockets, this is a tour not to miss. After the remaining tour dates, who knows if we’ll see Poptone again. But once in a lifetime is better than nothing at all. Poptone delivered sublimely! 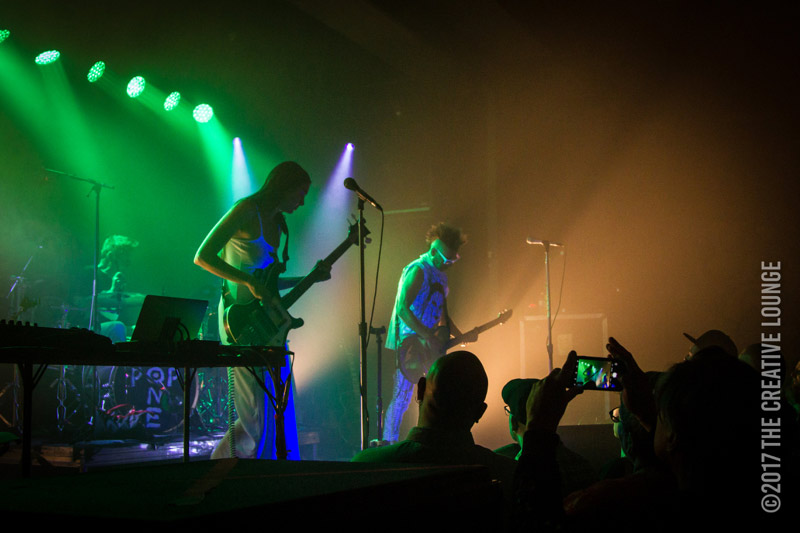 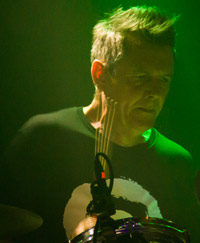