<img src="https://www.qromag.com/wp-content/uploads/2012/04/porcelainraftapr15.jpg" alt="Porcelain Raft : Live" />There was something calming and dreamy at the trendy Doug Fir as the soft rain welcomed the evening of Porcelain Raft. ... 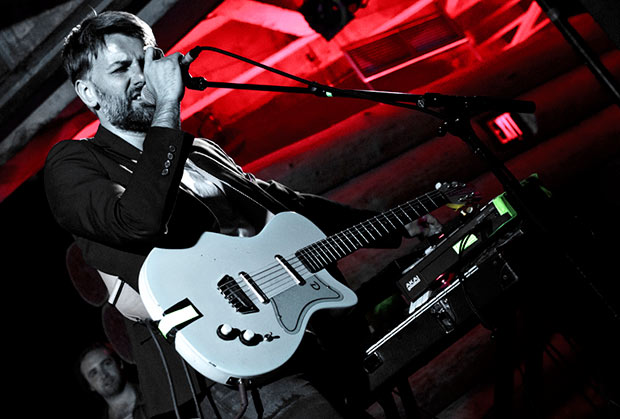 Click here for photos of Porcelain Raft at 2012 London Calling Festival in Amsterdam, Netherlands in the QRO Concert Photo Gallery

Click here for photos of Porcelain Raft at Paradise in Boston, MA on January 29th, 2012 in the QRO Concert Photo Gallery

Click here for photos of Porcelain Raft at Sheperd’s Bush Empire in London, U.k. on September 29th, 2010 in the QRO Concert Photo Gallery

There was something calming and dreamy on April 15th at the trendy Doug Fir in Portland as the soft rain welcomed the evening.  While the night before the beginning of the workweek is not the best time to lure the crowd into a show, an intimate and relaxed atmosphere was very inviting to some of us who’d rather enjoy the music than a party.  But by no means did Porcelain Raft let the Sunday’s placid mood dictate the show.  Born in Rome, Mauro Remiddi, who moved to London as a young man, and now a resident of the indie rockers’ village (a.k.a. Brooklyn) as a tricenarian, is finally getting a long overdue notice as Porcelain Raft after several musical forays over the years.  Visiting the Northwest for the first time to promote his debut full-length, Strange Weekend – 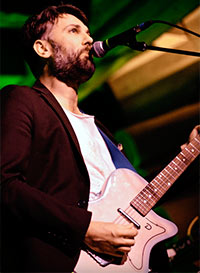 an album conceived around one peculiar weekend of Remiddi’s life – his stage setup was humble and frank as his demeanor.  Armed with a guitar, a tambourine, and a programmer/keyboard, Remiddi’s subtle charm and affable smile glowed on the dark stage, deep-dyed in color gels.  The former drummer of the Calgary-based post-punk quartet Women (QRO photos), Michael Wallace, proved to be the perfect stage companion with effortless and precise urgency to Porcelain Raft’s wistful, dreamy gauze of distortion. 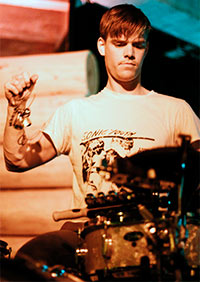 The night was about how Porcelain Raft would loosen up the usually reserved Portland concertgoers.  The set kicked off with the hypnotic opening track from Strange Weekend, "Drifting In and Out".  Followed by one of the highlights of the show – the hauntingly mesmerizing elongated version of "Dragonfly" from 2011’s Gone Blind EP.  Before diving into "Shapeless & Gone", Remiddi requested, "It would be amazing if all of you actually come little bit forward… Don’t be shy… We are just hanging out.  Actually if you want to come on stage, that’s fine."  After playing the dance-friendly, tambourine-shaking, falsetto-howling "Put Me To Sleep" didn’t seem to get the crowd roused enough for his taste, Remiddi remarked, "You guys are so quiet," and the crowd replied, "It’s Sunday…"  Soon afterwards, the audience must have realized their own shortcomings and did their best to externalize their enthusiasm.  Just when the whole room seemed to be deep into the grove as the final note struck on "Unless You Speak From Your Heart", Remiddi thanked the audience and said, "See you next time."  It all seemed too soon… 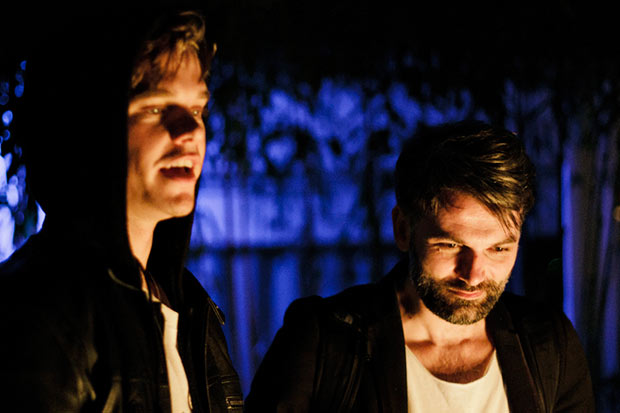 Porcelain Raft playing "Put Me To Sleep" live at Doug Fir Lounge in Portland, OR on April 15th, 2012: 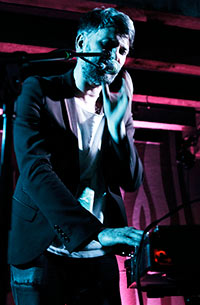 After a short break, the duo returned to the stage and Remiddi played a familiar cheesy eighties chords of Survivor’s "Eye of the Tiger" as a man shouted, "That was a short set.  This better be good!"  Much to the crowd’s dismay, Porcelain Raft only had one more – "Gone Blind".  The song started 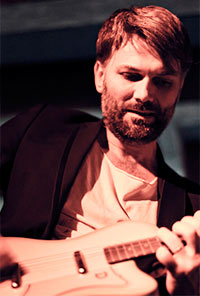 out as catchy jangly pop song with many layers, climaxing to a psychedelic keyboard, eventually peeling away to just a looped sampling as Remiddi exited the stage, leaving his stage mate gently shaking bell rattles and hitting the tom.  The decrescendo of the board brought Wallace to the front of the stage.  The young blonde threw down the bell rattles and exited laughing as if he had the best time of his life.  Was it good?  Certamente.

Porcelain Raft playing "Unless You Speak From Your Heart" live at Doug Fir Lounge in Portland, OR on April 15th, 2012: 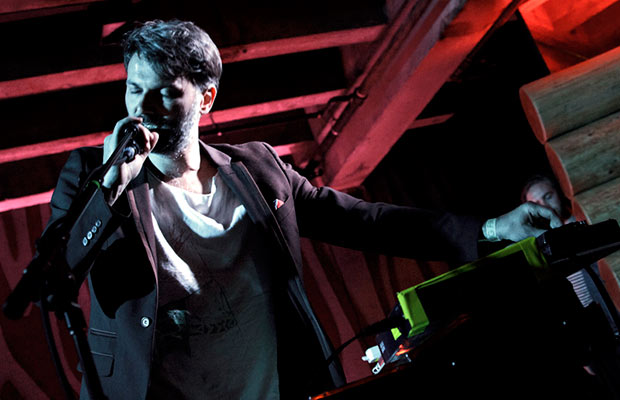 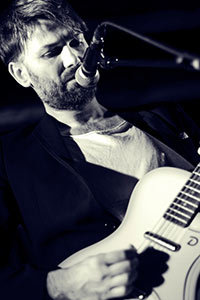