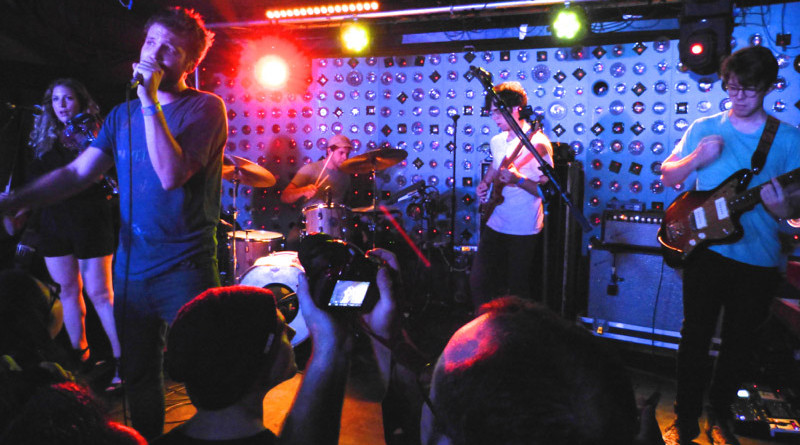 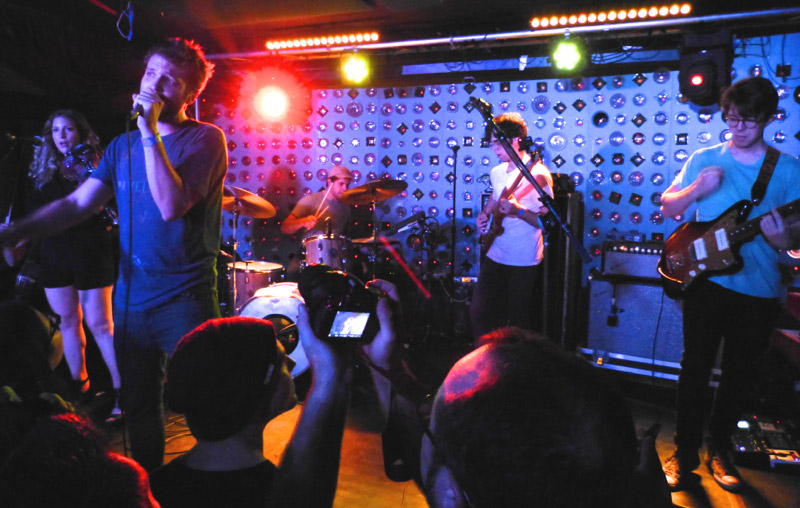 Two years ago, Syracuse-born indie outfit Ra Ra Riot released their third full-length, Beta Love (QRO review), and it was a shift from the baroque, uplifting pop of their first two, The Rhumb Line (QRO review) and The Orchard (QRO review). Instead Beta delved into synth sounds, from dance-ready tracks to actually using synths more, and guitars less. The follow-up to that is coming out next year, and the band played a special, intimate preview show at Brooklyn’s Baby’s All Right on Tuesday, November 3rd.

‘Special’ & ‘intimate’ indeed, as this is a band that has headlined the likes of Midtown’s three-story warehouse Terminal 5 (QRO live review there) and Prospect Park’s massive Bandshell (QRO live review there). In contrast, Baby’s All Right (QRO venue review) is much tighter, the backspace behind a restaurant, if one that has been doing some great booking since its recent opening, getting special shows like this. And it was absolutely packed for the band, a tight, sweaty mess in November (albeit a warm early November). It was nigh impossible to get a drink at the back bar and get back to one’s spot up front. It was even packed on stage – admittedly, the band has six members, including violin & cello, but cellist Emily Brausa was relegated to the darkness on the side (having to play seated didn’t help – at least she was near the stage fan, which was also blowing the hair of next-to-her violinist Rebecca Zeller). 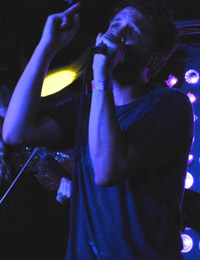 The group played four new songs – singer Wes Miles (QRO interview) would note that each was new before playing, though wondered out loud if that was the best approach. The earliest was “Bad Times”, which had the tech-dance elements of Beta Love, particularly at its start, even getting into disco. “Water” took a soulful spin on its synth notes, with sweet harmonies and a slower beat (could very well be an outlier on the upcoming album). Right after was a cover of Carly Rae Jepsen’s “Run Away With Me”, another slower piece that not only mixed the group’s old soar and new synth, but also had very new tropical elements. And even in the encore return, Ra Ra Riot delivered one final new song, “Foreign Lovers”, a mix of pop and synth. 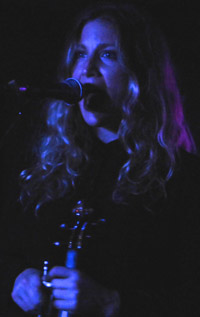 Usually when an act tours a new album, the album before that gets the short shrift on the set list, going from the record played most (when it was previously being toured) to the one played least. Perhaps because this was a not-just-yet tour of the not-yet-out album, Beta remained popular on the set list, while its prior The Orchard only provided two songs: “Too Dramatic” to start, and “Boy” to finish. We all knew that old Rhumb breakthrough classics like “Can You Tell?”, “Oh La”, and “Run My Mouth” would get huge love from the crowd (Miles even remarked after “Mouth”, “Well – that was an old one…”), but it was interesting and neat to see how much better Beta was received this time around. The record was a sonic shift that took some getting used to back in January ’13 (QRO photos), but by now it has had more than enough time to stand up on its own. “Binary Mind” proved a great danceable track (and able lead-in to “Bad Times”), and “Dance With Me” definitely got the crowd moving. Meanwhile, “Beta Love” managed to succeed in following up old love “Ghost Under Rocks” to go into the encore break.

Ra Ra Riot have had their ups and downs, including the tragic early death of original drummer John Pike in 2007, and more recently cellist Alexandra Lawn’s (QRO interview) departure in 2012. They couldn’t just repeat the epic pop of their early, beloved records, and Beta Love was an able shift (even if everybody’s got synthesizers these days…). Here’s to them moving forward even further. 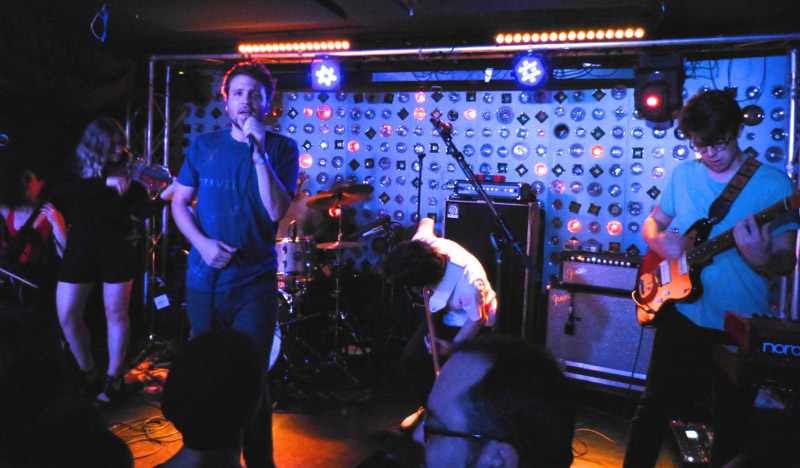